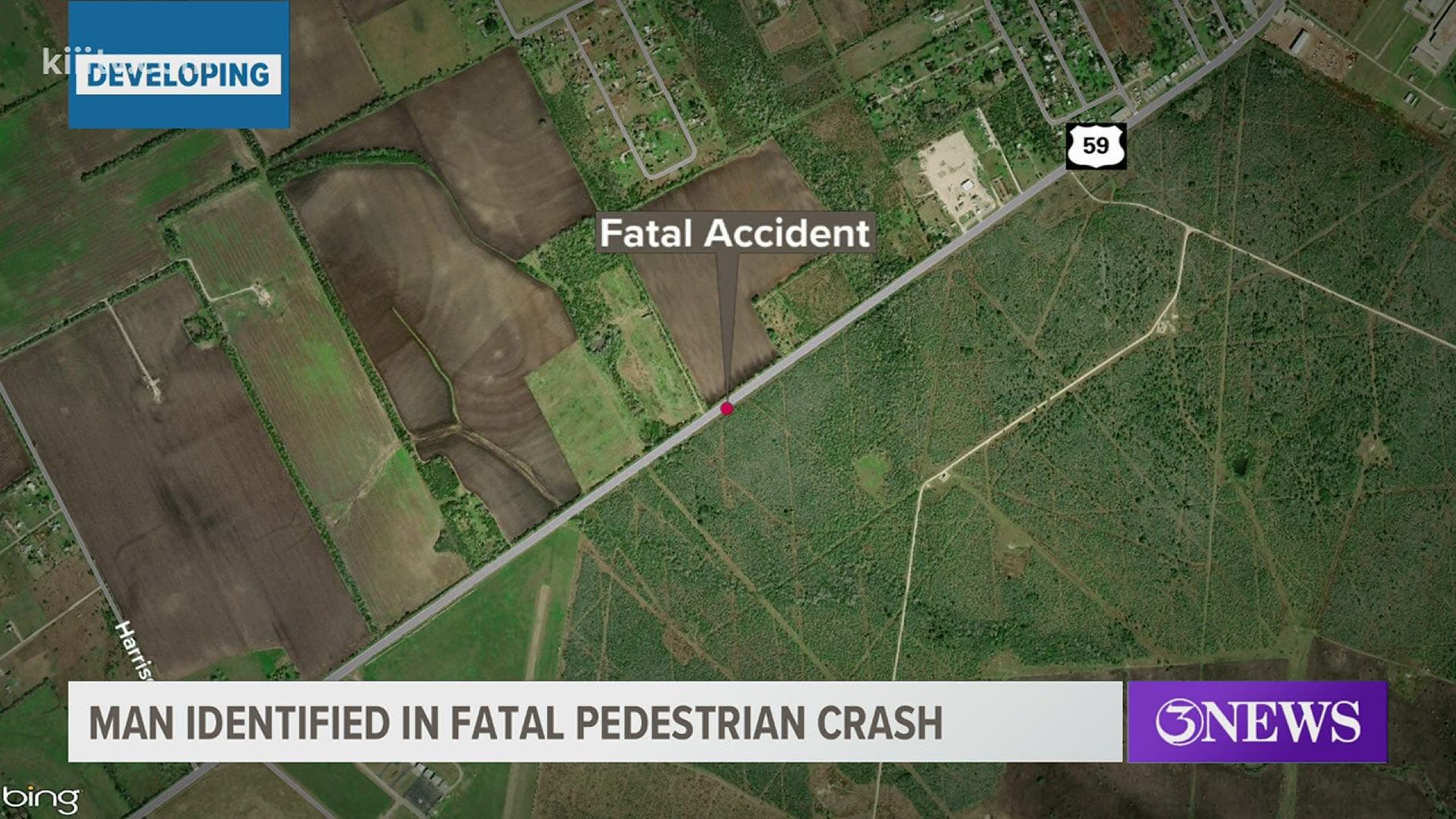 BEEVILLE, Texas — Department of Public Safety investigators are looking into a fatal crash that claimed the life of a male pedestrian last Friday near Beeville, Texas.

According to DPS Sgt. Nathan Brandley, the accident happened at around 9:45 a.m. on Friday, Jan. 8, on US 59 about a mile and a half west of Beeville. An initial investigation showed that a driver traveling east on US 59 tried to pass a semi-truck in a passing zone and struck a pedestrian in the roadway.

The victim has been identified as 23-year-old John David Ybanez Jr., of Beeville.

The crash is still under investigation.