18-year-old Jesani Smith was set to graduate from King High School this year. 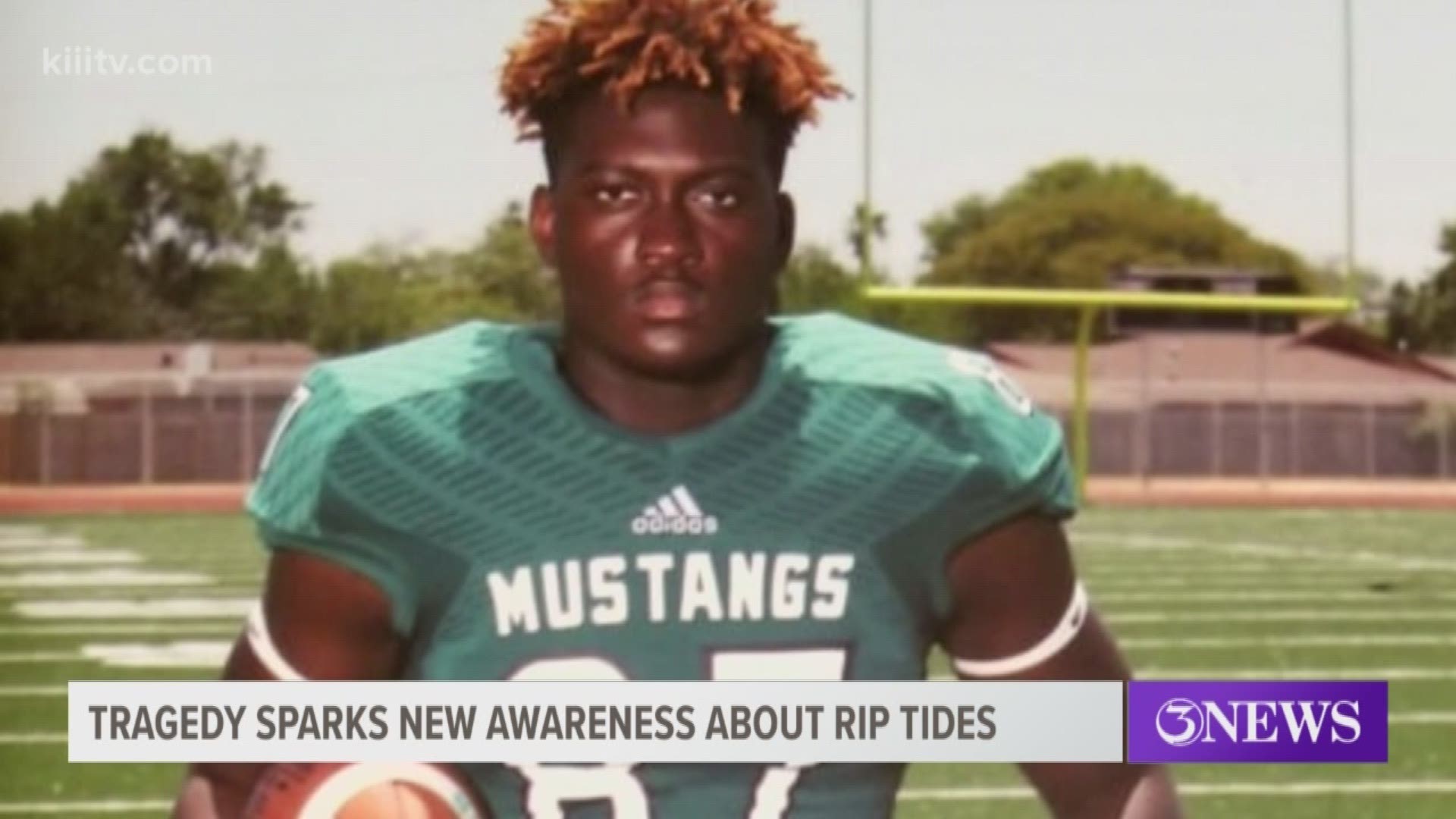 Kiwana Denson is well aware of the dangers of rip currents. Her teen son recently drowned near Bob Hall Pier. Nueces County Commissioners took her message to heart and designated the month of July as Beach Safety and Rip Current Awareness Month.

Texas' Reverse Alert system can notify you by phone or email about weather, fire or traffic concerns, and now the system will notify you about strong rip currents. It's part of a resolution by County Commissioner Brent Chesney that was approved by his peers to help save lives.

The goal is to make sure people understand the risks associated with rip currents along the coast. Denson knows all too well the pain of losing a loved one ot rip currents.

"Although our son Jesani was having a day of fun on the beach like any other kid, he was completely unaware about the rip current that claimed his life," Denson said. "Awareness is key to saving lives."

18-year-old Jesani Smith was set to graduate from King High School this year. He was an athlete, an artist and musician, but a trip to the beach with friends back in April ended in his death. He was pulled into deep water by a strong rip current and was unable to swim back to shore.

The lives of his family members were forever changed.

"We live a new normal," Denson said. "Jesani is still our son. We will still continue to do for him as if he were here, at the same time, take his memory and everything he stood for and pass that on to others."

Smith's parents and little brother handed out wristbands to those in attendance at the county commissioners meeting. Printed on the wristbands is a link to a website dedicated to Smith's memory -- saniwet.com.

"We know there are many others. These efforts will save at least one life, two lives, three lives," Denson said. "No matter the number, we're overjoyed."

Jesani's website will give visitors information about rip currents and also provide a link to Reversealert.org, a warning system that now includes county beach alerts.

"This is the first time we've ever used it for rip current warnings, provided for us through the National Weather Service," said Scott Cross of Nueces County Coastal Parks. "Don't know exactly where it's going to be, but moderate or high, having that Reverse Alert is really key."

Cross said the main thing is making people aware, especially those who are visiting from out of town. A majority of the time, drowning victims are those who are not familiar with our coastal waters.

"What would really work is to get it on people's phones in the San Antonio and Austin areas," Cross said. "Those are the areas where people are coming from out of town."

If you have not signed up for Reverse Alerts, you can do so by going to Reversealert.org and click on Coastal Beach Alerts.

Cross also said by the end of the week there will be large signs out on the beach that will serve as a warnings to visitors about the strong currents, specifically near the pier. There is also work underway to one day include rip current warnings on the electronic Texas Department of Transportation signs.