When was the last time Texas elected a Democrat to the US Senate?

2018 was the closest a Democrat came to winning election to the U.S. Senate from Texas since 1988. 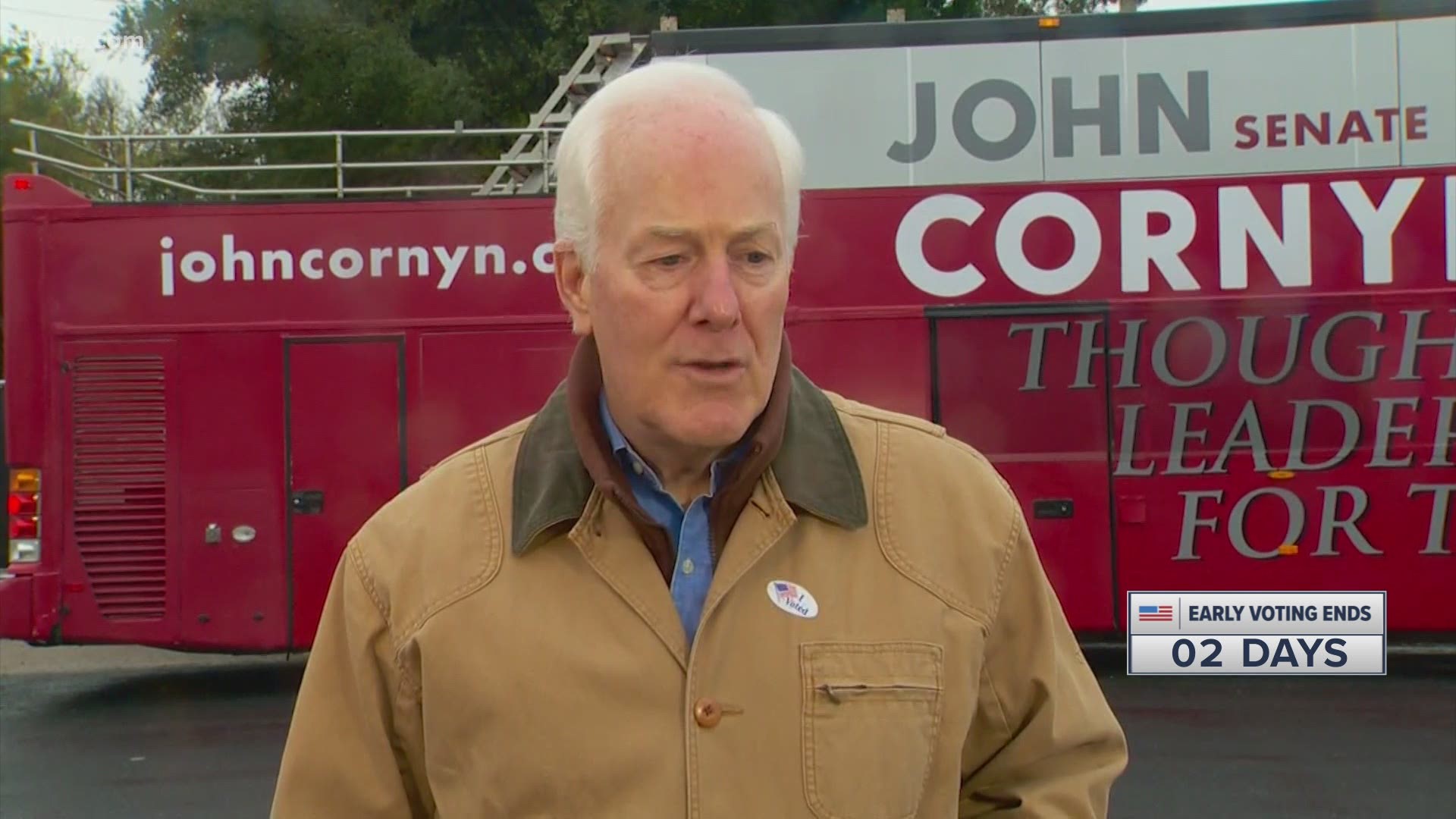 AUSTIN, Texas — As the race for the U.S. Senate in Texas heats up just days before the 2020 November election, a look back at Texans' history of voting shows that it will be a challenge for Democratic candidate MJ Hegar, who looks to unseat Republican Sen. John Cornyn.

However, in the 2018 election, Beto O'Rourke was about 220,000 votes short in his bid to unseat U.S. Sen. Ted Cruz, which was the closest a Democrat came to winning election to the U.S. Senate from Texas since 1988.

RELATED: November voter guide: What you need to know to vote in Central Texas

Now, MJ Hegar is looking to become the first Democrat to be elected to the U.S. Senate from Texas in the November 2020 election. She faces incumbent Republican Sen. John Cornyn.

In an early October debate, Cornyn and Hegar butted heads over a host of timely issues – the coronavirus pandemic, race and policing and the U.S. Supreme Court.

The prospect of Texas turning blue in the upcoming election is a hot topic in other races.

The balance of power in the Texas House of Representatives could see a shift this election, according to Sherri Greenberg, a clinical professor, fellow and graduate adviser at the University of Texas and former Texas state representative.

"In 2018, the Democrats gained 12 seats," Greenberg told KVUE in an interview. "They are targeting, of course, nine. Now they need nine to actually have the majority, and it's going to be close."

RELATED: Michael Bloomberg to spend $15 million on TV ads for Biden in Texas and Ohio after seeing tight polling

Recent Texas polls in the presidential race have gone back and forth over which presidential candidate has the lead in the Lone Star State. President Donald Trump's campaign has dismissed the idea that Texas is up for grabs.

And in recent history, it really hasn't been. Texas hasn't given its electoral votes to a Democratic presidential candidate since 1976. That's when Jimmy Carter won Texas and the presidency.