Five firefighters were injured. Two homes and a brush truck were lost in the fire. 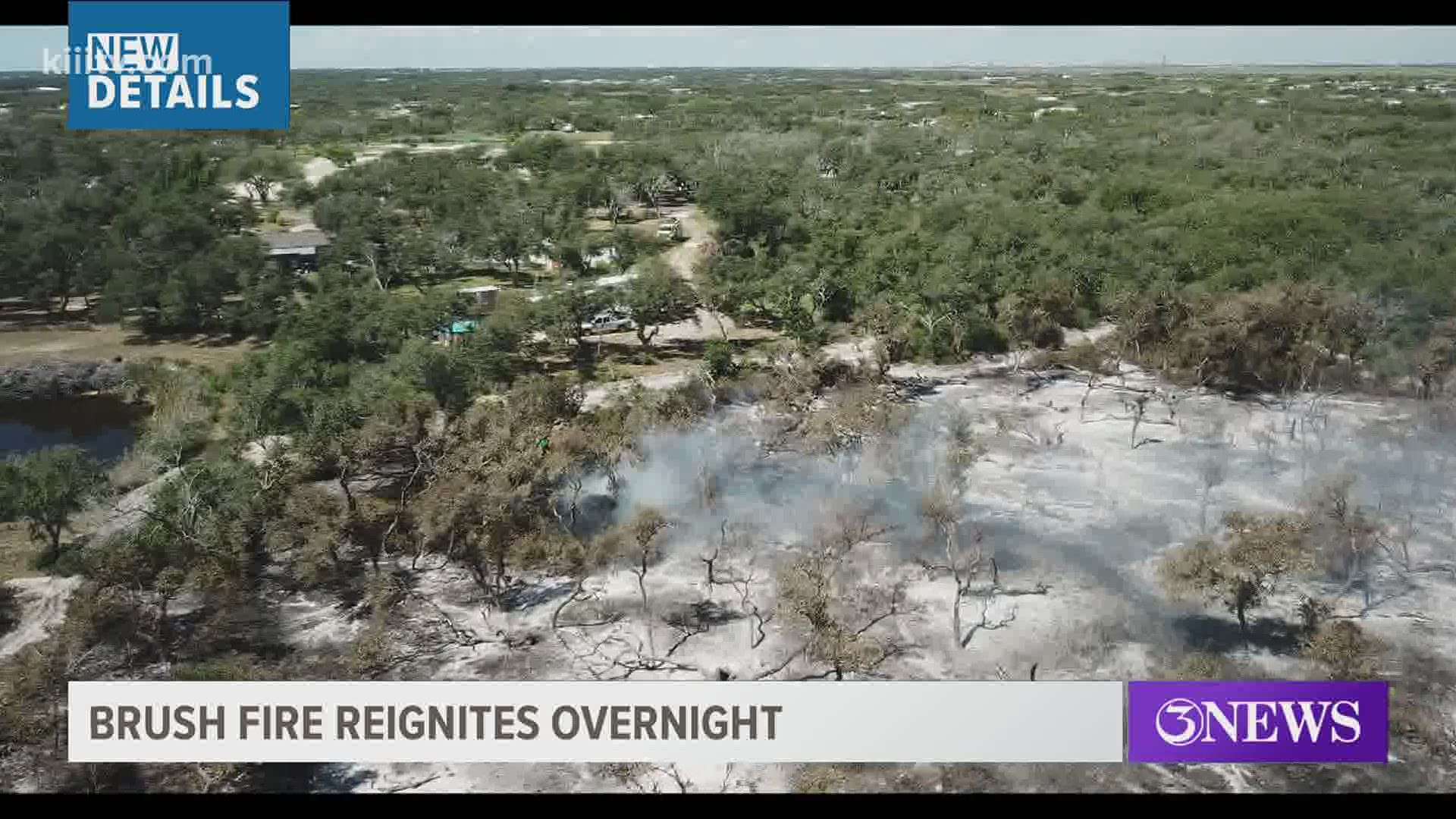 Firefighters were called back to the scene of Tuesday's massive brush fire after a flareup from one of the hot spots in Aransas County.

Among the departments that responded were firefighters with the Texas A&M Forest Service. Crews from Tennessee and North Carolina, already stationed in the area, were able to provide a helping hand.

"We've had increased fire activity in the state of Texas and so whenever our resources are limited, we request resources from outside agencies," Heather Gonzalez with the Forest Service said.

Firefighters on the ground used bulldozers to create what's called a fire break and stop the flames in their path.

A helicopter also dumped water on some of the toughest spots to reach. In all, at least two residences were lost, and we're told up to 5 firefighters received minor injuries.

As far as the cause, the Texas Fire Marshal's office has been called to assist in pinpointing what sparked the fire.

Firefighters were dispatched to a grass fire on Johnson Rd, and then they were called to another fire a few streets down on Jocelyn Rd. Officials said the two ended up merging. 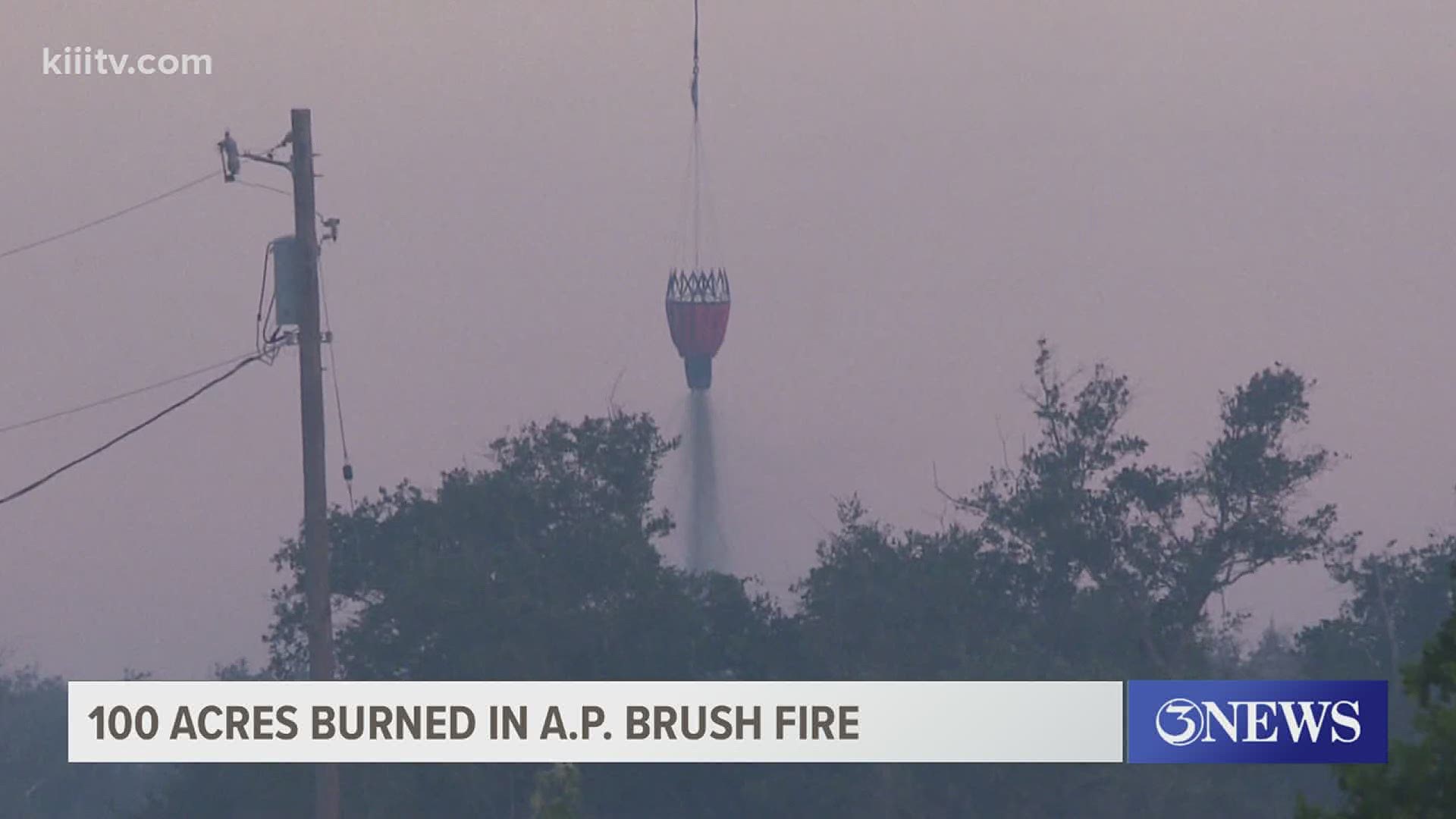 With an aerial view, the Texas Department of Public Safety confirmed the size of the brush fire to be more than 100 acres.

At one point, the flames became so intense they destroyed one of the fire departments' brush trucks as they were trying to contain the blaze. Fortunately, the crew inside was able to escape.

Residents also ended up having to evacuate their homes. An RV and another type of small structure were lost in the fire.

One firefighter was taken to the hospital and two others were treated on the scene. 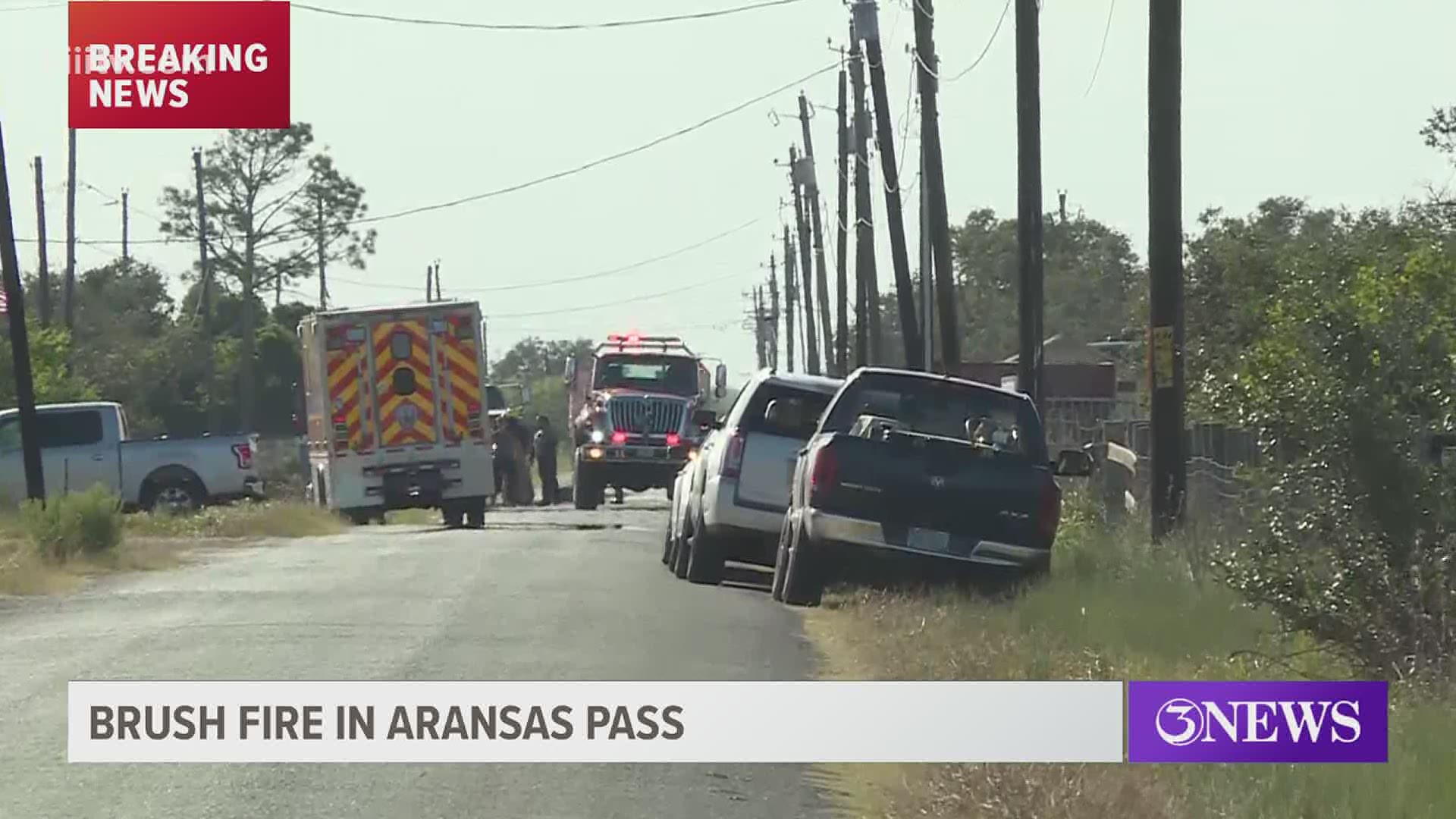 Evacuations in Aransas Pass due to a large brush fire

Aransas Pass Police Department
Facebook followers, please help us give a warm welcome to our newest... officer, Ariel Perez. Officer Perez comes to us straight from the Del Mar College Regional Police Academy. Officer Perez has her bachelor's degree in psychology and has experience working with Child Protective Services, Adult Probation, and MHMR. In her spare time, Officer Perez enjoys anything having to do with the water, including jet-skiing, fishing, and going to the beach.