On Friday, Kenny Smith's go-kart was stolen from outside of his grandparents' home near King High School. 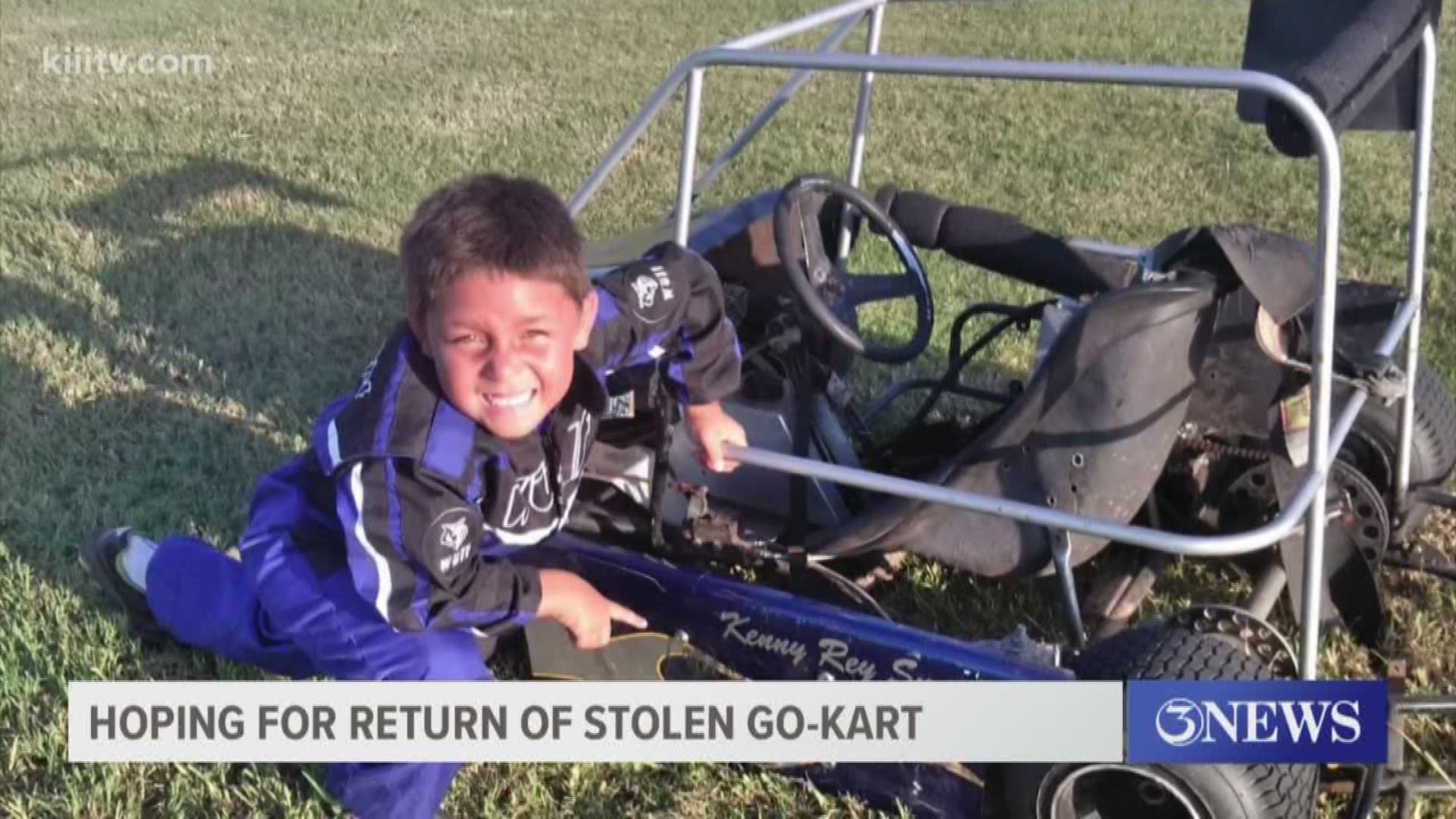 CORPUS CHRISTI, Texas — One 6-year-old boy in Corpus Christi is without his favorite possession, a go-kart that was a gift from his grandparents.

On Friday, Kenny Smith's go-kart was stolen from outside of his grandparents' home.

A neighbors home surveillance video shows the moment Smith's go-cart was stolen from the yard of his grandparents' home near King High School.

"They took their time going through our stuff and grabbing it and walking off," Ramirez said.

According to Ramirez, thieves took advantage of one of the only times the family forgot to secure it.

"We've lived there already going on 19 years, and you know the neighborhood has always been good," Ramirez said.

The video shows at least two different people taking the go-cart around 6:30 a.m. Saturday. The go-kart did not fit in the suspects SUV, so they tied it to the back before taking off.

"It made me feel sad, I like racing with my friends," Smith said.

Ramirez and her husband say after they found out that Smith was interested in racing, they spent thousands of dollars on buying and fixing one up.

"It's upsetting because you know we work hard to get him stuff. We have him in football and racing and something we really wanted for him," Ramirez said.

According to the family, a man contacted them and said he saw it through his home surveillance near Sam Houston Elementary.

"It was specially built, so there's rarely gonna be another one like it," Ramirez said.

If you may have seen what happened or where the go-kart is located, call the police.

"You know if they just want to drive up there in the middle of the night if they want and just drop it off, and I won't press charge or anything," Ramirez said.