Update: The search for Brooks continues in Bartlesville, Oklahoma, where his family obtained surveillance footage showing a man who they say could be Brooks. 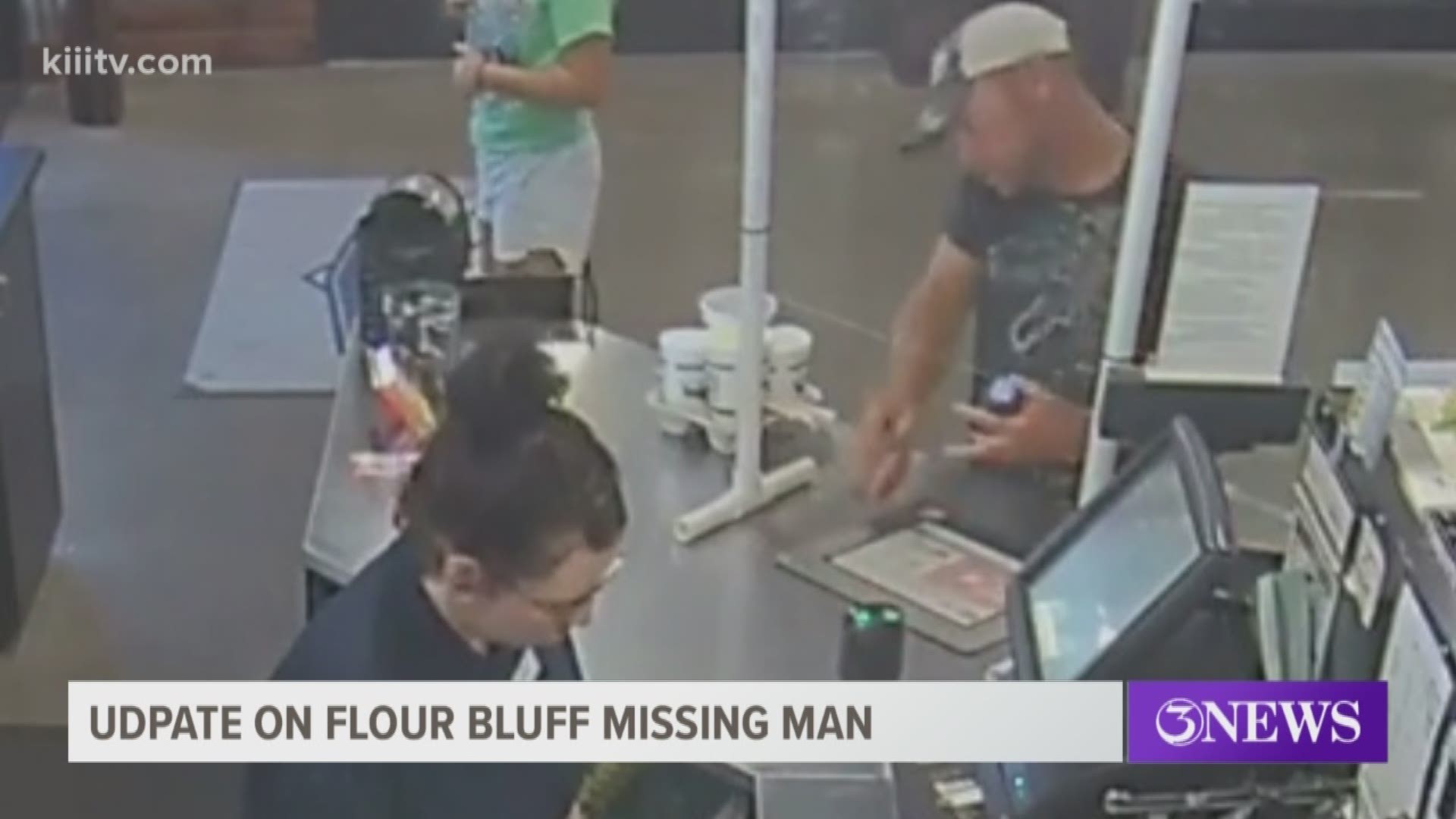 The search continuing in Bartlesville, Oklahoma  where the family obtained  surveillance footage.

The footage shows a man in a Phillips 66' gas station in Oklahoma on Saturday, June 13.  The family saying on social media this could be Bradley Brooks.

Brooks was last seen August at his home in Flour Bluff home back. Brooks vehicle was found abandoned at the end of a dirt road off of N-A-S Drive.

On Sunday Brooks brother in law Buck Chapman took to Facebook live giving an update. Chapman saying there have been unconfirmed sightings of Brooks in Bartlesville and they will continue to search the area.

It has now been 281 days since Brooks was last seen at his Flour Bluff home back in August 2019. His family said the 36-year-old had just bought bait and was heading out to do some late night fishing around 10 p.m. No one ever saw or heard from him again. Brooks has now been entered into the National Missing and Unidentified Persons System.

His vehicle was later found abandoned at the end of a dirt road off of NAS Drive. Since then, a team of volunteers, along with EquiSearch, have worked to bring him home, but no answers yet.

Army Veteran Buck Chapman, who is Brooks' brother-in-law, took to Facebook Live to read two letters. One was addressed to Texas Governor Greg Abbott, the other to several city officials, hoping they can help.

"I'm a 10 year Army Veteran, medically retired, and I am now devoting my time to help find Bradley," Chapman said. "I am even planning a trip from Oklahoma to Corpus. This case is my focus now and I will continue to do anything and everything I can do to help figure out what happened to my brother in law."