The trooper alleged the teen lunged at him and was armed with a hatchet. The case has been presented to a grand jury. 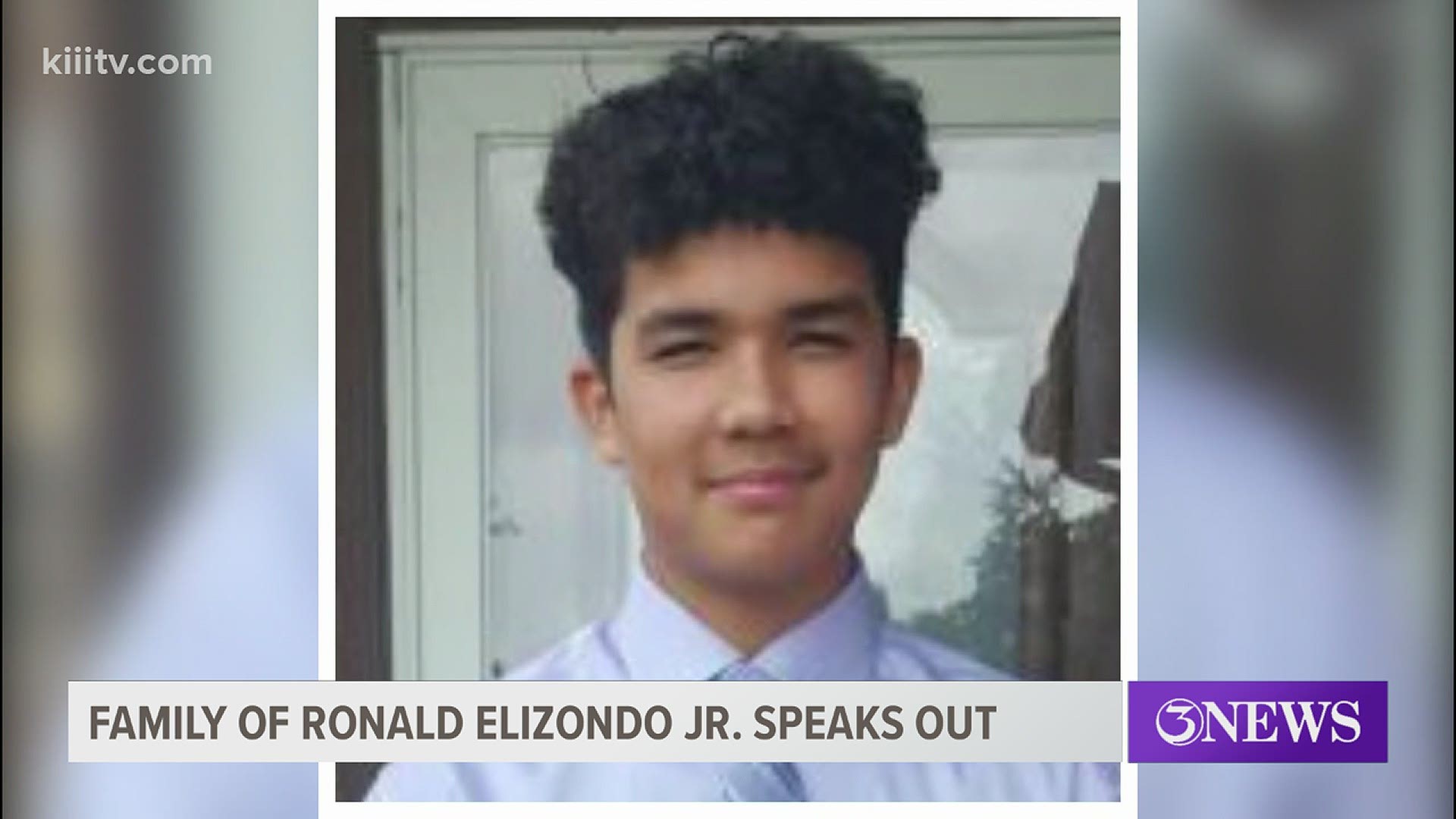 CORPUS CHRISTI, Texas — 3News spoke with the family of a 17-year-old who was fatally shot by an off duty DPS Trooper last year. Documents obtained by 3News last week provided additional insight into what happened after the fatal shooting.

By now, you may have seen the video of what tragically turned out to be the last 12 seconds of Ronald Elizondo Jr's life. The video was released by his family as part of a wrongful death lawsuit they filed against the trooper and the DPS on June 23.

Now, Elizondo's family is speaking out and sharing their story for the first time.

Investigators at the time said Elizondo was breaking into a trooper's car. The police report from the night said it was a neighbor's car. Previous reports from police stated the shooting happened in the driveway of the trooper's home, but the video shows it happened on a neighborhood street. The trooper alleged the teen lunged at him and was armed with a hatchet. The case was presented to a grand jury. It 'no-billed' the case, meaning the trooper would not be charged with a crime.

Today, we are 10 days away from the first anniversary. 3News spoke with the of family Elizondo. They said they were unaware their son was involved with any criminal activities the night he was killed.

Ronald and Maria Elizondo are heartbroken parents. They said they feel overwhelmed with unanswered questions.

Ronald is a tennis pro and runs training camps. His son Ronald Jr. would help out there and also worked at the family's carpet cleaning service.

"I taught him better," Ronald Sr. said. "Since he was a kid, he was always making money, cleaning yards picking up leaves."

The night of the shooting, everything was routine in the Elizondo household. They said it was a normal night.

"We were laughing and joking and by 10:30 p.m., he gets me out of my room and said 'dad you wanna have some watermelon?' Mom just cut some watermelon,' Ronald Sr. said. "And we talked and joked around like we always do."

However, later that night Ronald Jr. went missing. The parents even called the police and filed a missing person's report. Hours later, they learned of a shooting.

The family, as painful as it is, mustered up enough courage to tell their story, knowing some may say their loss wouldn't have happened, had their son been at home.

Oftentimes questioning himself, Ronald Sr. asks the question parents in similar situations ask, where did he go wrong?

"You know for 20 years I've been helping, teaching kids how to stay out of trouble," Ronald said. "I just feel bad that I couldn't help my own son."

The DPS responded to our request for a response to the lawsuit, telling us:

"The department does not discuss pending litigation. However, we can confirm that the department has not been served with this lawsuit."