Officials say that recessed lighting may be to blame. 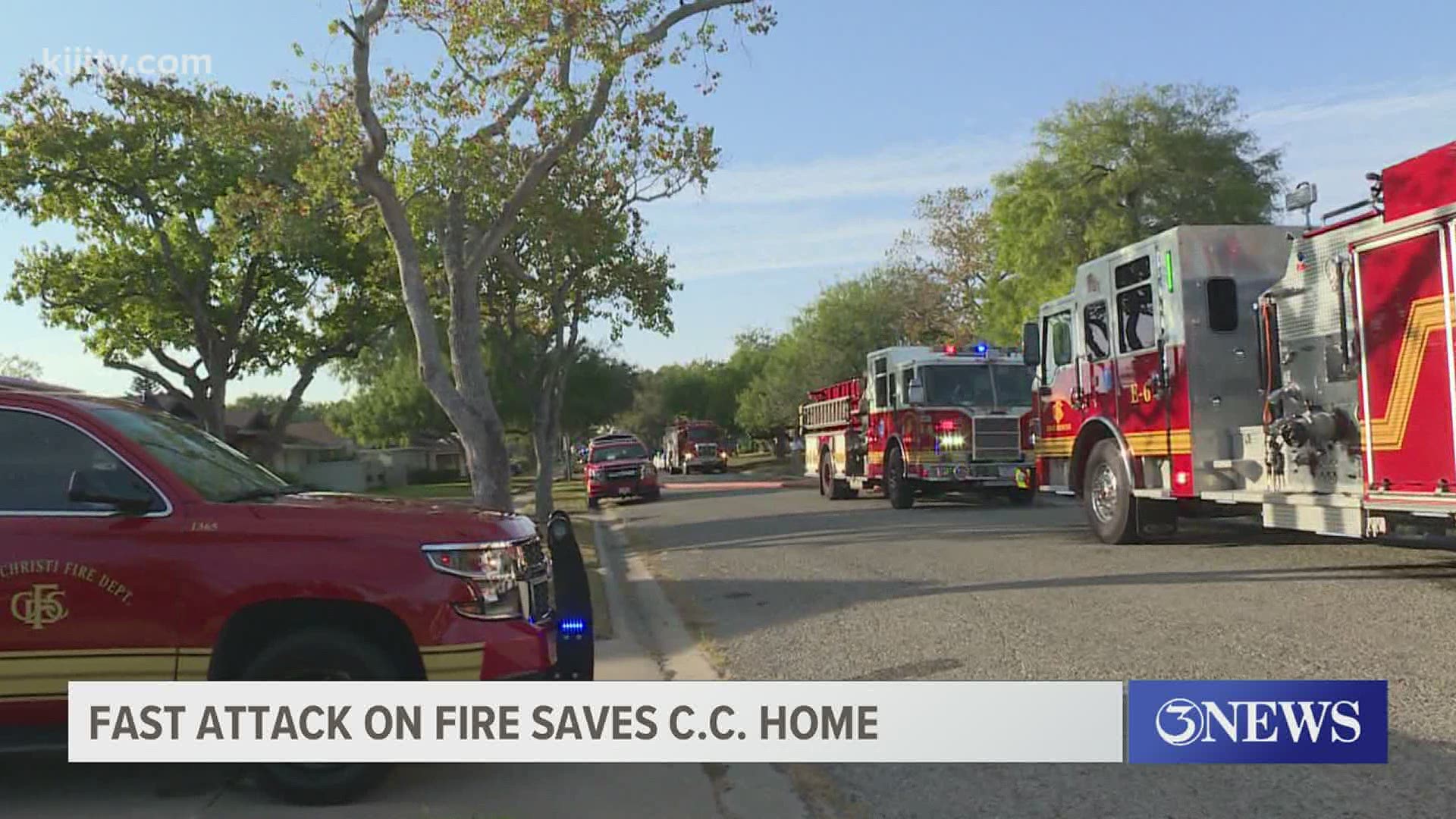 CORPUS CHRISTI, Texas — A Corpus Christi family is safe after their home caught on fire this afternoon, according to Corpus Christi Fire Department officials.

The fire happened on Kingston Drive near Carroll High School just before 4 this afternoon. Officials say the homeowners smelled smoke, called 911, and quickly got out of the house.

The flames were beginning to creep into the attic, officials said, when firefighters arrived on the scene just ten minutes after the call. The fire was quickly put out by firefighters.

Officials say that recessed lighting may be to blame.

"The light itself is up inside the wall, so if those things don't do their job in containing that heat, it starts to spread to the material around it and over time it will heat it up to where it will actually catch on fire," Batallion Chief Robin McGill said.

Officials say no one was injured among the family or the firefighters. The home did end up with severe fire and water damage, however.