According to CCISD police chief Kirby Warnke, the district is looking at ways to improve student safety. 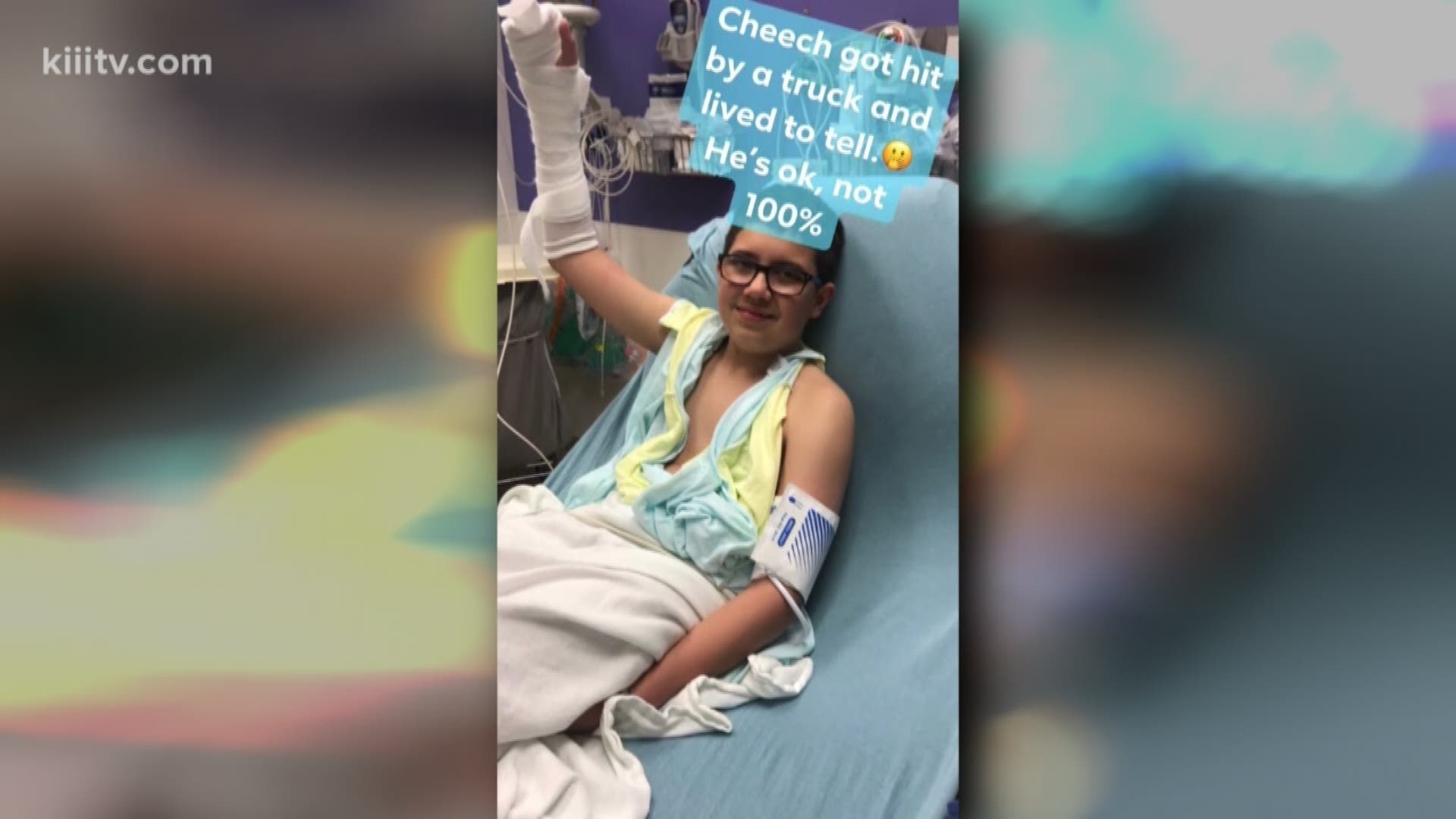 CORPUS CHRISTI, Texas — One Corpus Christi family received word Friday that a hit and run driver had hit their son after school on Staples near Hamlin Middle School.

12-year-old  Curtis Johnson suffered a wrist fracture and bruised back after being struck in a school crosswalk.

For Curtis' mom Andrea the news brought back memories of the two young girls struck and killed by a drunk driver in 2018 in front of King High School.

"The minute he told me he got hit by a truck it just, my heart jumped in my throat, and I flew back to when the girls had gotten hit. It brought me back to that. I got frightened. I got scared. I didn't know what was happening. Also, luckily I heard his voice, and it was in distress," Andrea said.

Andrea said she went through Friday afternoon learning a hit and run driver had struck her son.

Curtis thought the driver would stop.

"I went to go across the street before he was there and he had already gotten close. My friend dodged out of the way, but I got hit," Curtis said.

A witness was able to point out the suspect vehicle to a passing police patrol car who stopped the driver.

Police arrested 28-year-old Wilfredo Faz and charged him with driving while intoxicated. Faz also faces charges of hit and run.

"It always concerns anytime a child is injured. So, in this case, the child was in the crosswalk doing what they're supposed to do within a crosswalk. Moreover, we have an intoxicated driver that strikes a child," Lt. Mike Pena said.

According to CCISD police chief Kirby Warnke, the district is looking at ways to improve student safety.

"We have a crossing guard that serves the elementary campus in that area. We're looking at extending the hours. Looking at providing a bit of safety at that intersection," Warnke said.

Curtis is expected to make a full recovery and said he got a video game to help him get better.