3News learned Monday that Jose Coca has died at the San Antonio Military Medical Center. The Galveston man becomes the fifth victim of the Aug. 21 explosion. 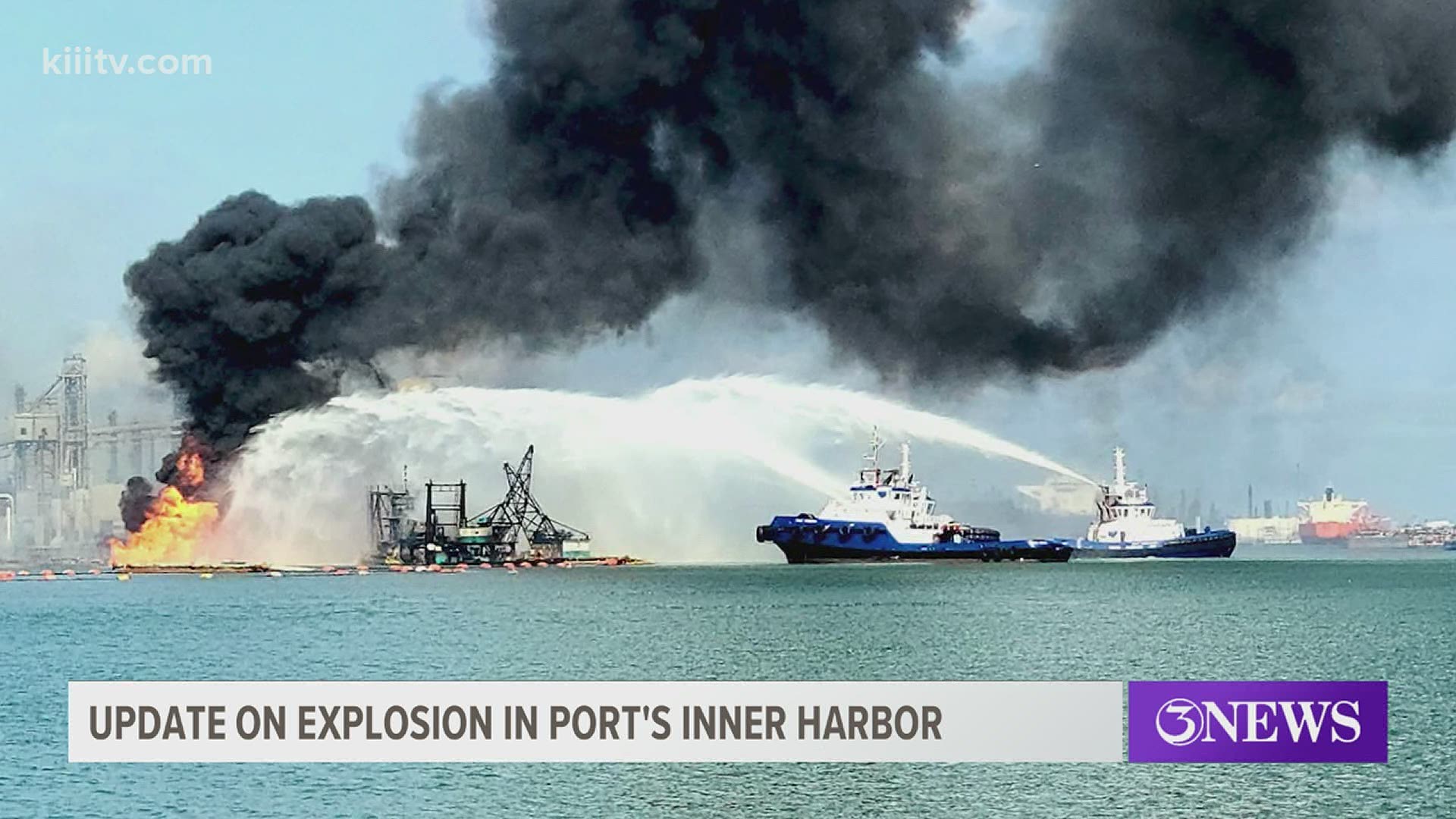 CORPUS CHRISTI, Texas — One of the men who was involved in a barge and pipeline explosion in Corpus Christi back in August has now died from his injuries.

3News learned Monday that Jose Coca has died at the San Antonio Military Medical Center. The Galveston man becomes the fifth victim of the Aug. 21 explosion, which happened in the inner harbor at the Port of Corpus Christi when the Waymon Boyd Barge, owned by Orion Marine, struck a leaking underwater natural gas pipeline and sparked an explosion.

"Tragically and unfortunately, Mr. Coca was badly burned and he put up a courageous, long battle in the burn unit in San Antonio, but unfortunately he passed away fairly recently. So it increased the number of deaths from this incident from four to five," said Attorney Chris Leavitt of the Buzbee Law Firm in Houston.

Leavitt's firm represents three survivors of that explosion. His firm is also working with the families of Mr. Coca and the two other men killed during that port incident. He said the case has run into a few delays.

"There's still a discovery process that all the parties would need to go through to figure out exactly what happened and why it happened," Leavitt said. "Obviously COVID delays things a little bit."

Orion Marine filed what's called a limitation action in a Galveston federal court. 3News was told suits like this are designed to shield the company from paying any damages in excess of around $9.4 million in total to all of the plaintiffs. Leavitt said that the case is in the process of being transferred from Galveston to the federal court in Corpus Christi. He also said that right now a federal investigation into that leaking pipe is also slowing things down a bit.

"The NTSB and OSHA are both investigating this accident," Leavitt said. "In fact, they have removed the piece of pipe that was leaking that ultimately caused the explosion and they have moved that piece of pipe all the way to Washington DC to examine it."

The federal investigation looking at that crucial piece of evidence has delayed the victims' attorneys from getting a first-hand look at the pipe. Once they get their chance to have their own experts look at the evidence, then Leavitt says they can move forward with discovery and get a trial date set.

Leavitt added that somewhere around 90-percent of all cases end up with some kind of settlement offer, and that could very well happen over this explosion that's now claimed five lives.