Capt. Troy Hammons is a 23-year veteran of the Lake Cities Fire Department. He's been in the hospital for a month after a torn calf muscle led to amputation. 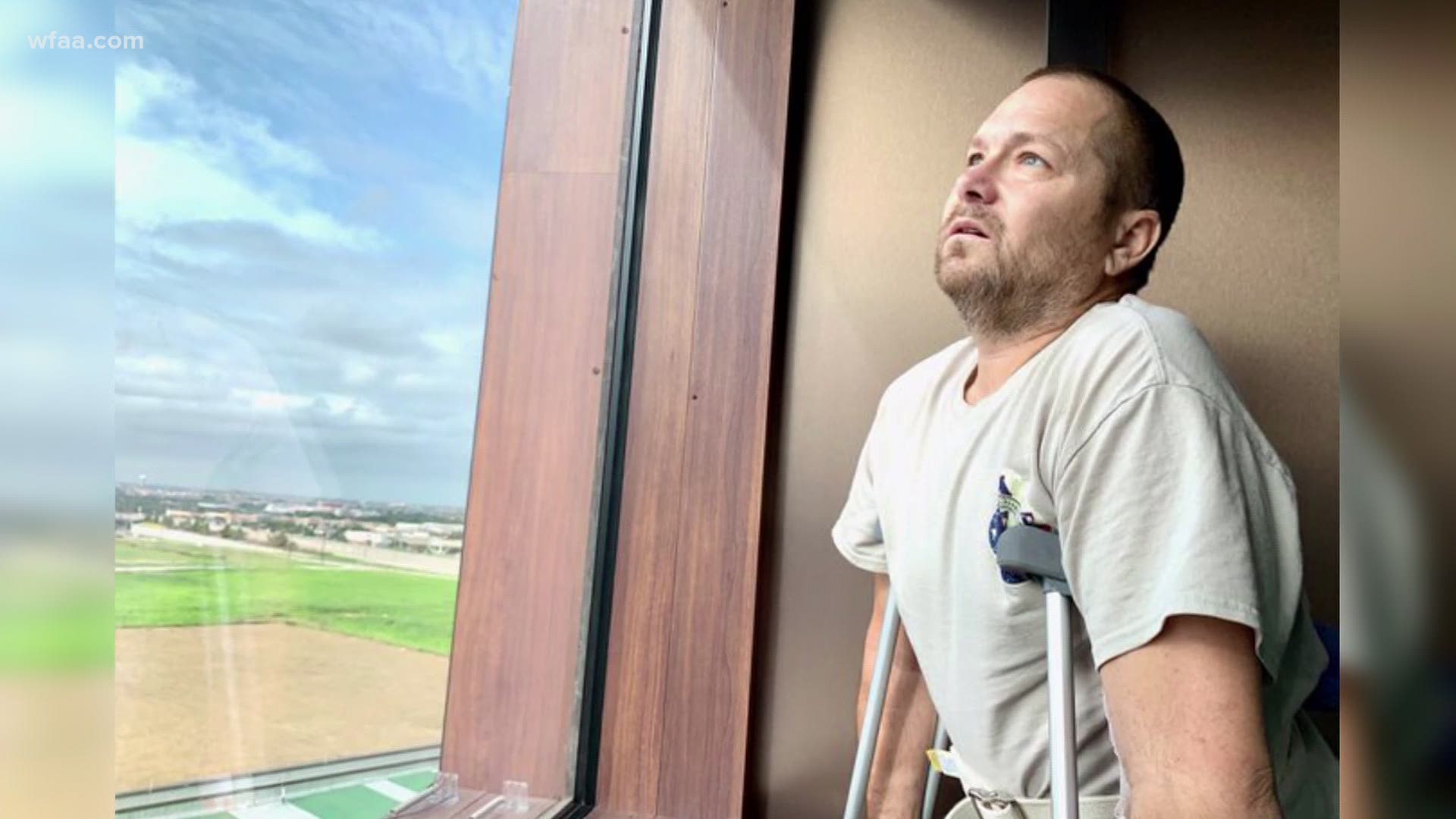 Tuesday’s surprise at Texas Health Frisco all started with a Whataburger craving.

Captain Troy Hammons is a 23-year veteran of the Lake Cities Fire Department. At the beginning of June, an MRI showed a torn calf muscle, which eventually led to a severe infection.

Six surgeries later, Hammons and his family had to make a tough decision.

“We had to make the horrible, traumatic decision of amputating below the knee,” Hammons’ wife Raychel said.

Hammons has been in the hospital for a month. Due to COVID-19 hospital restrictions, he’s only been able to see his 14-year-old daughter one time.

“It’s been the worst thing we’ve ever gone through as a family,” Raychel said. “It’s been devastating.”

That’s when the idea for Tuesday’s surprise was born.

Firefighters dropped off Whataburger at the hospital for Hammons. But there was a second surprise outside the window.

“Before you knew it, we had probably 75 people that showed up Tuesday,” Raychel Hammons said.

The Frisco Fire Department offered up their bucket truck. Two by two, Hammons’ friends were raised up to his fifth-floor window. When they got there, they called his cellphone and talked to him through the window.

“It was overwhelming,” Raychel said. “He immediately started crying. He was overcome with emotion. Then, of course, I was, too.”

More than 20 people made the trip up to see the firefighter.

RELATED: Forney family surprised with special gift on the long road they're traveling to beat cancer

“I think it was as beneficial for us as it was for Troy and his family,” the fire chief said.

“Knowing that we have as much support that we have, and knowing also that we have a strong trust in God, we’re just trying to take it one day at a time. And do the very best we can,” Raychel said.

Raychel told WFAA she’s not sure how much longer Troy will be in the hospital, but the family is hoping to move on to rehab in the next week.

The fire department has created a GoFundMe page, as well as other fundraising efforts, for the Hammons family.

“Hoping to get him that prosthetic leg so that he can go back to work,” Raychel said.

“He has my full support, as well as the support of the department and the city,” Ross said. “We want nothing more than for him to return to work.”