The high winds and dry conditions created near perfect conditions for the flames to spread. 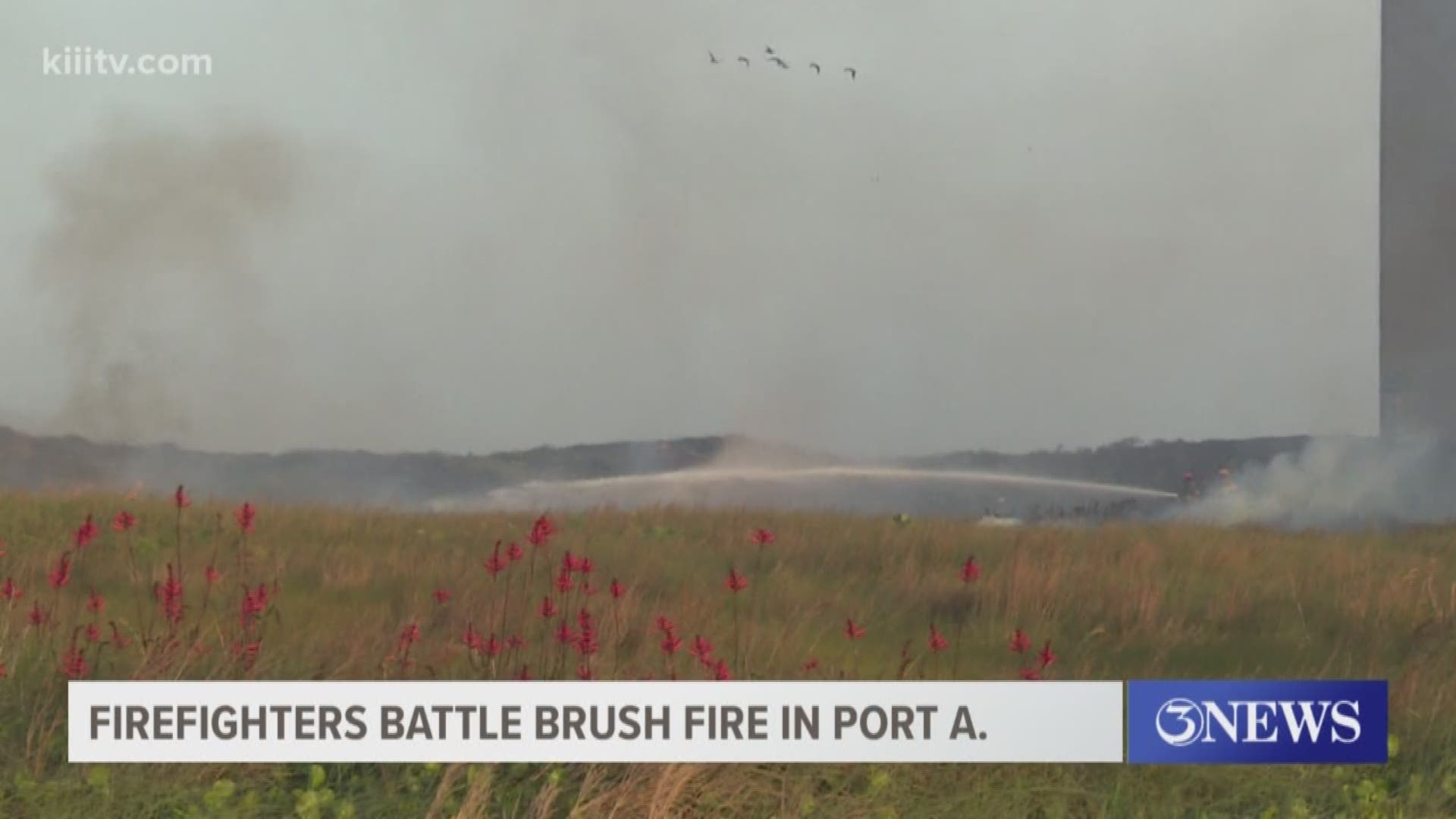 PORT ARANSAS, Texas — Firefighters had a busy Wednesday after battling a total of four fires around the Coastal Bend.

A brush fire in Port Aransas kept crews busy for over an hour as they worked to keep it from spreading to two nearby condominium complexes.

The fire broke out around 6 p.m. along grassy fields off Highway 361 near Sandpiper and Siegel Condos.

According to crews, the high winds and dry conditions created near perfect conditions for the flames to spread.

Multiple fire units, including firefighters from Annaville, were called out to battle the flames.

"We have difficulty with access just because it is in the dune areas. Also, um, the wind is always a factor. The wind always makes the fire grow more quickly," battalion chief Michael Gilley said.

It took firefighters about an hour to put the flames out, and the nearby condos were not damaged.