Officials say vehicles parked around the SUV that was on fire, sustained minor damages. 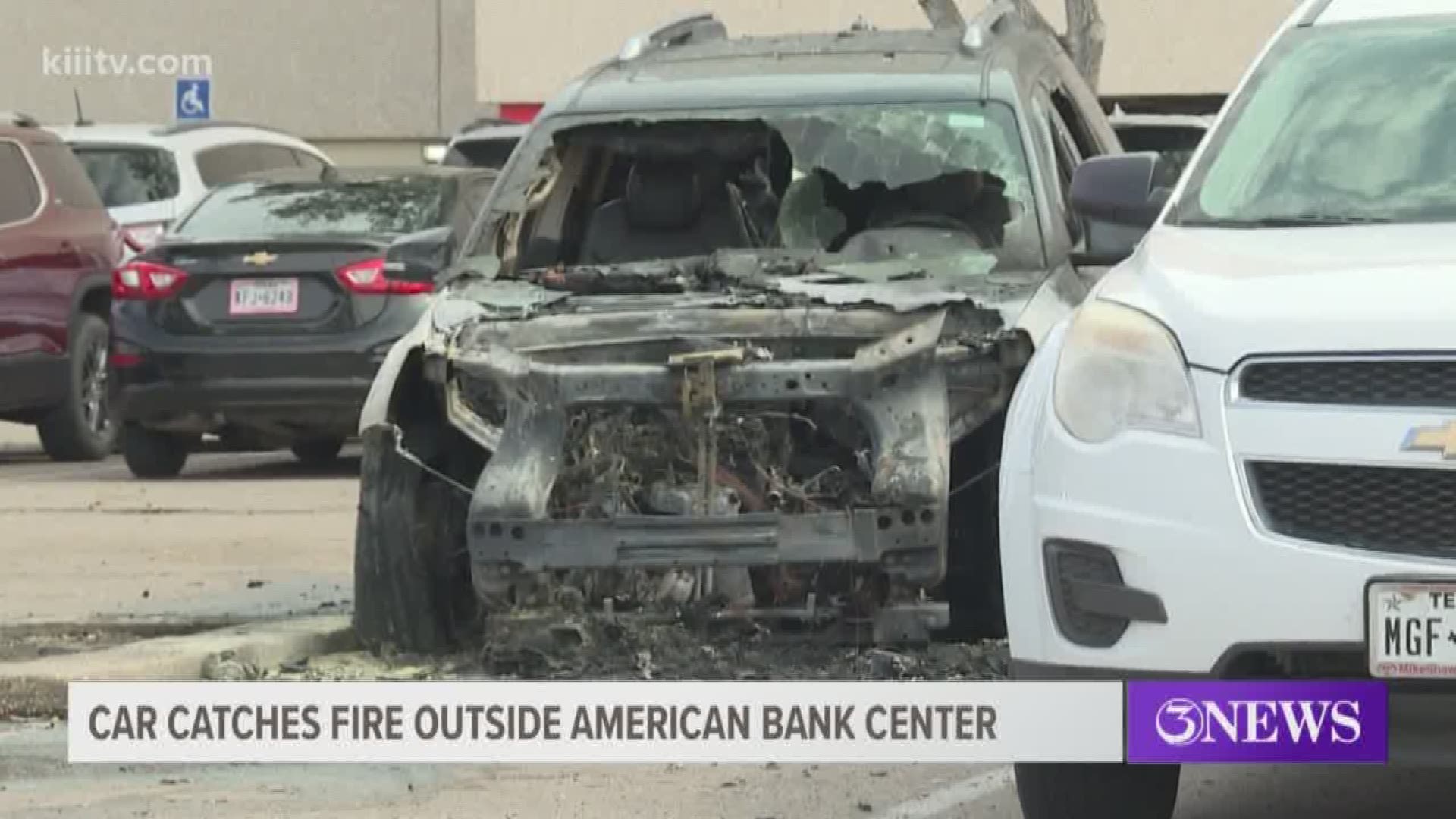 CORPUS CHRISTI, Texas — The Corpus Christi Fire Department was called out to the parking lot of the American Bank Center in reference to a car that was on fire, at approximately 11:40 a.m. Sunday morning.

When fire crews arrived, a four-door SUV was engulfed in flames, as it was parked in the parking lot.

Fire crews were able to distinguish the blaze before it spread to other vehicles in the lot.

Officials say vehicles parked around the SUV that was on fire, sustained minor damages.

There were no injuries, and the cause of the fire is still under investigation, according to authorities.