The two young men were caught on camera in hoodies carrying bolt cutters, as they proceeded to break into the fireworks trailer. 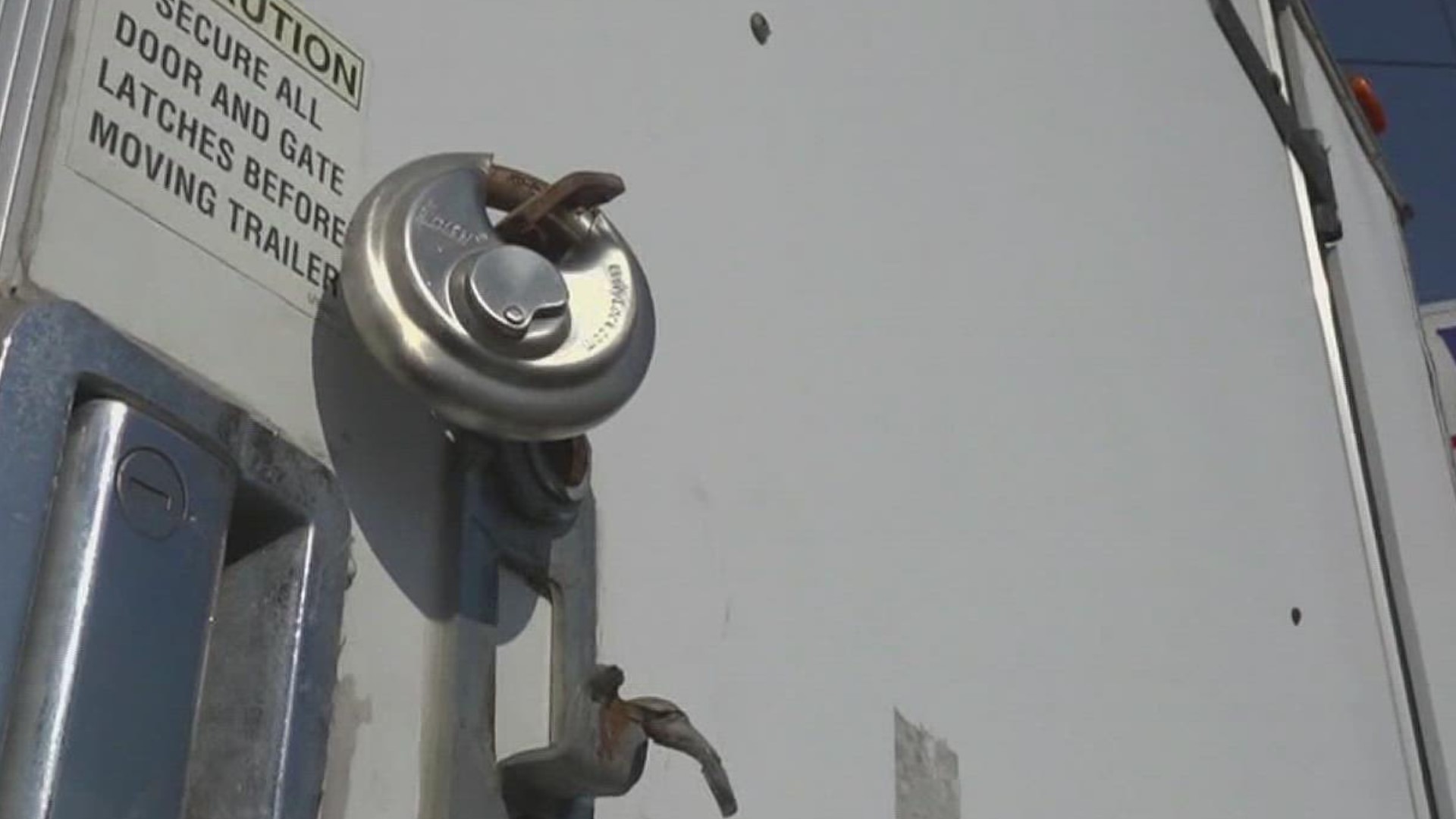 CORPUS CHRISTI, Texas — As New Year's approaches, fireworks have become a topic of interest among residents of the Coastal Bend, but not in the way you might think.

"This is a little extreme, we've never experienced anything this large. and it hurts," Saenz said.

The perpetrators took thousands of dollars worth of fireworks, which Saenz said will set him back for the holiday rush this year.

"There's been a big increase on the shipping freights from China," Saenz said. "So fireworks are going to go up, its hard to get inventory, and then for these guys to come and take it, takes away from my family, my employees."

Though Saenz lost much revenue in the initial theft, he said the perpetrators returned to the scene of the crime.

"Ten days later they came back on the premises," Saenz said.

The two young men were caught on camera in hoodies carrying bolt cutters, as they proceeded to break into the fireworks trailer once more. However one of the young men proceeded to cut the wire to the security camera, but not before being caught on film committing the act.

Even though the two young men failed to take any merchandise the second time around, Saenz said he is making sure the opportunity never arises again.

"We've secured the doors a little bit more," Saenz said. "All the doors, the windows, having to change locks and latches, everything they broke we are having to repair."

The case is currently being investigated by the Nueces County Sheriffs Office, with Saenz hoping that authorities can get to the bottom of the investigation.

If you have any information about the individuals in the video or recognize the white vehicle, contact Sgt. M. King with the NCSO Criminal Investigation Division at (361) 887-2234.