First responders help one of their own after accident

All four of the family members survived, but one Bee County jailer and the stepson of a Beeville Police Department cadet is still recovering. 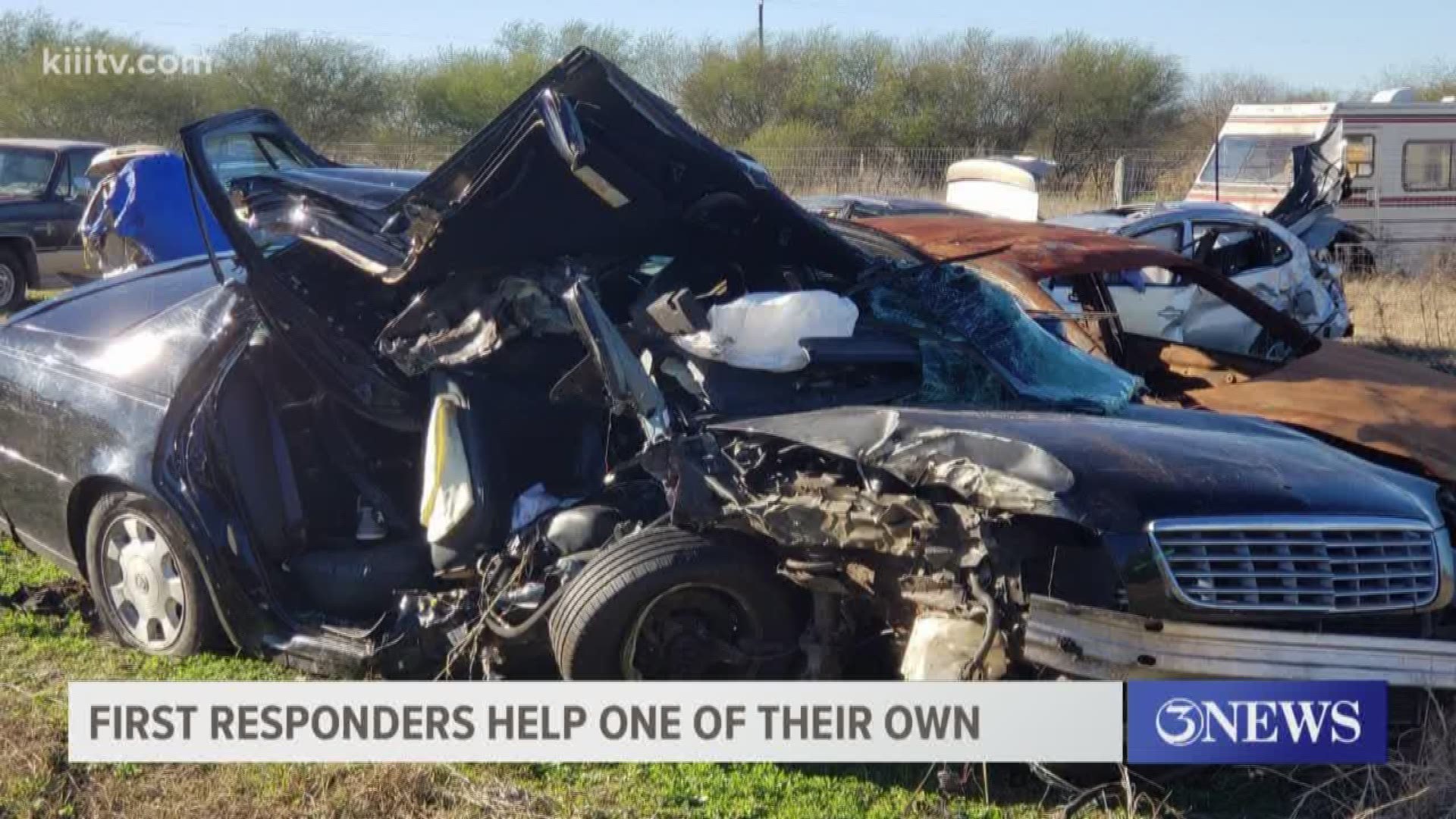 CORPUS CHRISTI, Texas — In January, a Beeville family was nearly killed in an accident coming home from the holidays.

All four of the family members survived, but one Bee County jailer and the stepson of a Beeville Police Department cadet is still recovering.

"We are very blessed that no one was more seriously injured than they were. It could have been much more serious," Beeville Police Chief Robert Bridge said.

It was a New Year's Day the Martell and Reese family will never forget.

"We were talking, and all of a sudden, this 18 wheeler starts swerving this way. The trailers coming towards us and my mom had no choice," Bridge said.

Daniel Reese, his mom, and two sisters were driving back to Beeville after visiting relatives in Houston.

"I end up pulling the steering wheel to the right and hit a ditch and a fence line and then a tree," mother Christy Martell said.

"I don't remember much because I was blacking out most of the time, and then they took about two and a half hours to pull me out of the car," Daniel Reese said.

Daniel's mom and youngest sister suffered minor injuries, and his other sister had a broken clavicle, but he had it the worst. He was HALO Flighted to Victoria then a hospital in Houston...

"I knew he was going to be okay because he was talking to us and everything. I didn't know-how. How bad it was," Martell said.

Both of Daniel's legs were broken.

"They're healing, but it's still painful. I still can't walk," Daniel said.

Reese has had three surgeries so far, and his ankle is still shattered.

Reese is a jailer for Bee County, and his stepdad is a Beeville Police Department cadet.

Due to the accident, Reese can't work and needs to move somewhere that's wheelchair accessible while going to physical therapy three times a week.

"We all make the calls together whether it's an ambulance company with angel care or whether it's Beeville Fire Department," Bridge said

Together with the Bee County Sheriff and the volunteer fire department, the police department is hosting a barbecue fundraiser at the College North Shopping Center on March 14 from 11 a.m. - 2 p.m.

"It's overwhelming because we are not used to this kind of help. But it's. It's an awesome feeling. People are here for us," Martell said.