Detroit might be a COVID-19 'hot zone' but that hasn't kept a team of Fort Hood soldiers from deploying to support an army reserve medical unit. 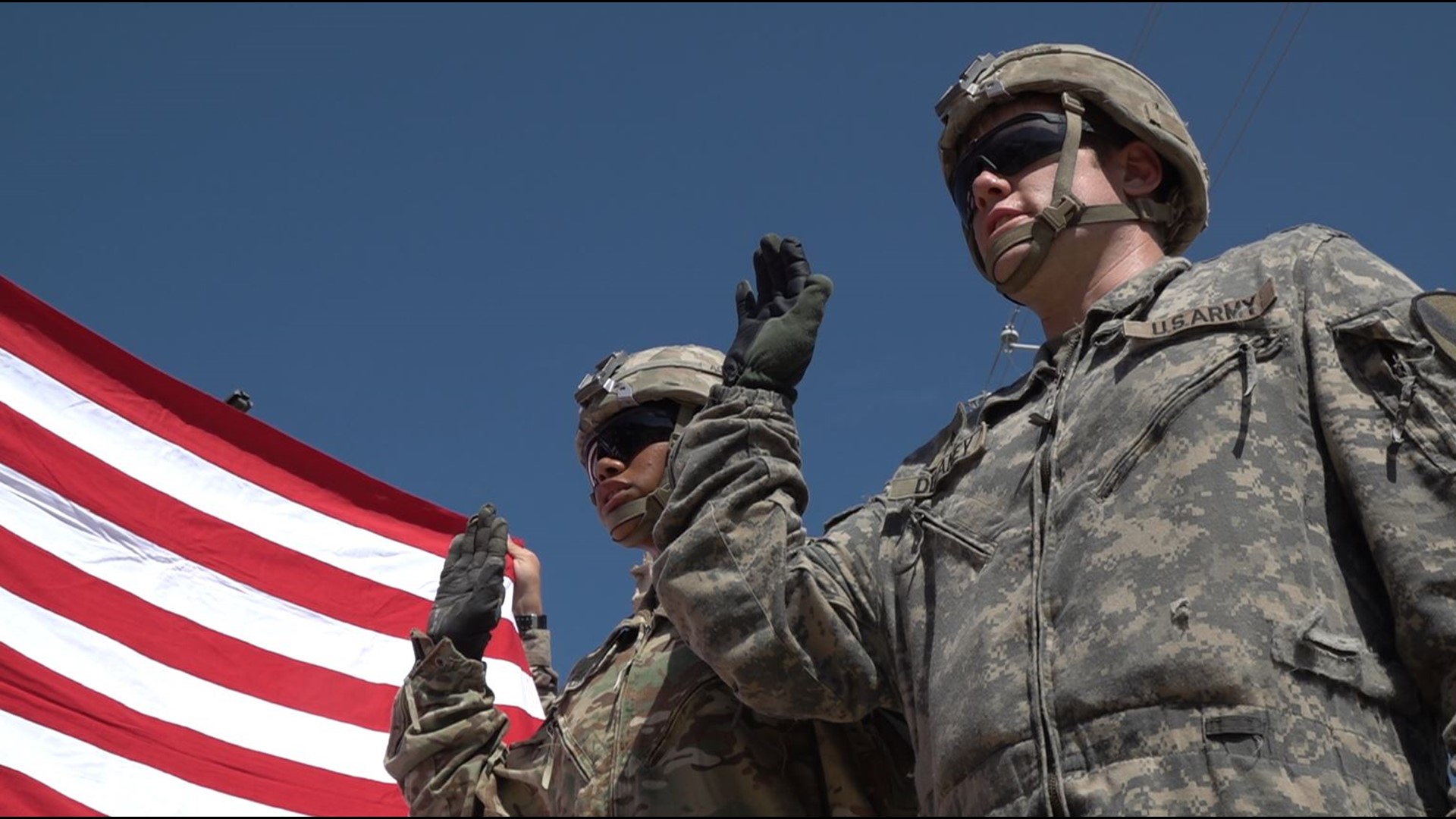 FORT HOOD, Texas — Eight Fort Hood Soldiers from The 13th Expeditionary Sustainment Command have were deployed to Detroit, Michigan to aid the COVID-19 recovery effort in the area. Currently, six soldiers still remain in that position and LTC Jason Book told 6 News they could be there for a while.

The unit's current mission is to support the 801-2 Urban Augmentation Medical Task Force, an Army reserve unit, as they treat recovering COVID-19 patients in Detroit's TCF Center. The TCF Center was designated as a temporary alternate care facility in Detroit by the State of Michigan and FEMA.

The 13th ESC makes sure the members of that army reserve unit have a place to stay, food to eat, transportation, supplies and laundry service so the reservists can focus on treating patients.

The 13th ESC's other task is to ensure the 801-2 always has the personal protective equipment needed to operate. Book said the state of Michigan currently provides most of that equipment to the people operating at the TCF Center, but if there is ever a shortage the Fort Hood soldiers can get the facility resupplied with the Department of Defense resources. Book said they've only had to do so once so far.

"It's vitally important. When you think about it, a lot of the things they use for PPE isn't reusable as much. Their gowns are not reusable, their gloves they can't reuse," Book said. "The state has a staff in there that does that, but they don't have the ability to reach into national level stock like we do."

While the soldiers are not going to be in direct contact with patients, Book and his team must be even more careful working in the area.

Wayne county, where Detroit is located, has 6677 confirmed COVID-19 cases and has seen 597 COVID-19 fatalities. The entire State of Texas, by comparison, has seen 21,944 cases and only 561 fatalities according to state data.

Book said he has been constantly impressed by his team as the mission continues.

"It was, 'Yes I'm going. Yes, I'm doing this mission.' There was never apprehension about having to go to a city that was considered a hot spot for COVID. I can't say enough about the soldiers here," Book said.