Gayle represents Deleon and a former female inmate, both alleged victims of beatings at the Nueces County Jail. 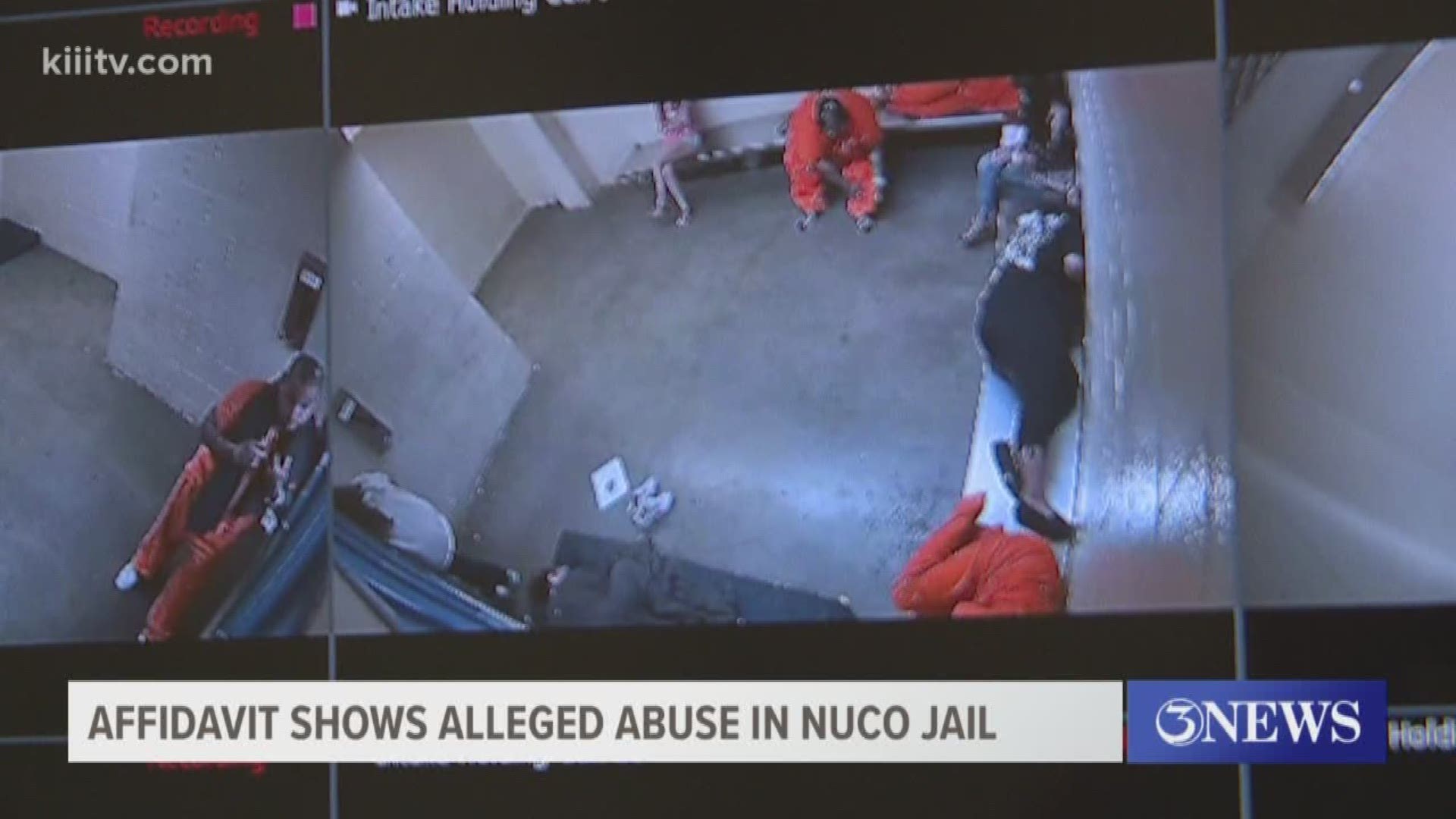 CORPUS CHRISTI, Texas — At least four Nueces County jailers are under investigation after allegations of violence and tampering with government documents came to light.

The most recent case happened early in September, but 3News has discovered that two other incidents of inmates allegedly being beaten by jailers happened as far back as July. 3News Anchor Rudy Trevino looked into the accusations and even met with a former inmate who is still recovering.

53-year-old Adan Deleon was released from prison after more than 20 years, but because of a parole violation, he ended up in the Nueces County Jail in mid-July. He said it was then that he was brutally beaten by a jailer -- a jailer who his attorney said is known to inmates as "The Punisher."

Deleon demonstrated how he was sitting on the floor when 24-year-old jailer Bobby Benavides dragged him out of his cell and beat him. He ended up with a fractured bone under his left eye. A titanium plate now holds it in place. He also fractured a rib, and is still on an IV drip because of an infection he has had since his two-week hospital stay that won't go away.

"I can't see any justification for the type of force that was used for that particular individual. At all," Defense Attorney Chris Gayle said.

Gayle represents Deleon and a former female inmate, both alleged victims of beatings at the Nueces County Jail.

3News was contacted by a source within the Nueces County Jail who said incidents of violence between jailers and inmates were commonplace. The Nueces County District Attorney's Office confirmed that it has been made aware of at least three cases, the most recent happening in September of this year.

24-year-old Bobby Benavides is facing felony charges after prosecutors said he beat an inmate while in custody. Benavides was arrested and charged with aggravated assault causing serious bodily injury, official oppression, and tampering with a government record.

The incident was all caught on camera and allegedly shows Benavides punching an inmate more than 20 times.

Three other jailers -- Oliver Michael Buendia, Marcus Lopez and Javier Zapata -- have been arrested for other incidents, including for tampering with government documents. One has since resigned. Two have returned to their duties at the jail.

3News reached out to Nueces County Sheriff Chris Hooper for comment several times via text message. In one response he thanked 3News for "creating the story," and then added this statement: "Politics are real."

A week later, Hooper responded again to request for comment saying, "Sheriff will not be commenting on pending cases."

First Assistant District Attorney Matt Manning responded to 3News' request for a comment, saying: "Our duty to impartially and dilligently investigate and vigorously prosecute those on whom we have credible evidence as having committed the crime is sacred, no matter whether they wear a uniform or an inmate's jumpsuit."

Manning added: "Politics has no bearing on this duty. Our office, like the law, is no respector of title or position."

"Those kinds of cases, the excessive force cases, they're all kind of disturbing and they seem to be creating a trend which I don't like," Gayle said.

The allegations are still under investigation, but the District Attorney's Office said they believe there could be other instances of such violence.