Four people miraculously survive crash after vehicle splits in half

A 22-year-old male driver lost control of his vehicle, flipping it through the air, and hitting a TxDOT light pole on IH-37 and Rand Morgan Road, splitting the car. 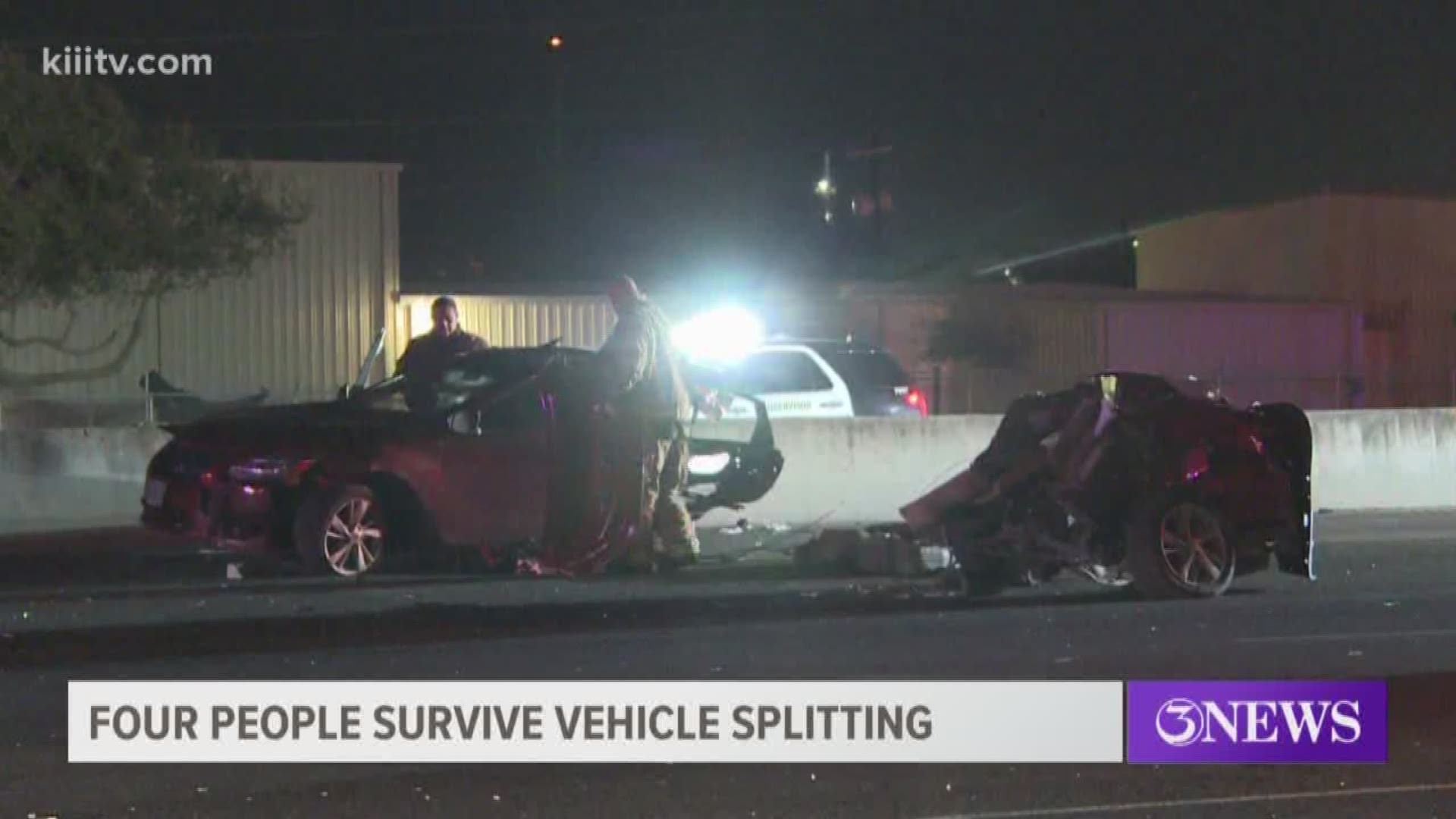 A 22-year-old male driver lost control of his vehicle, flipping it through the air, and hitting a TxDOT light pole on Interstate 37 and Rand Morgan Road, slicing the vehicle into two.

Police say no other vehicles were involved, and the driver and three other passengers suffered non-life threatening injuries.

"Everyone got sent to the hospitals. Two separate hospitals. We did get confirmation that everyone's okay and they're just getting medical treatment," said Corpus Christi Police Officer, Paul Janko.

"You couldn't ask for another miracle than this. I mean this is as good as this gets," added Janko.

Officers believe speed played a factor, and the driver is facing a DWI charge.

The vehicle is completely totaled, and again, it was a stroke of luck that nobody suffered life-threatening injuries.