City officials said the decision to implement these gates came after two people lost their lives last year due to rough water conditions. 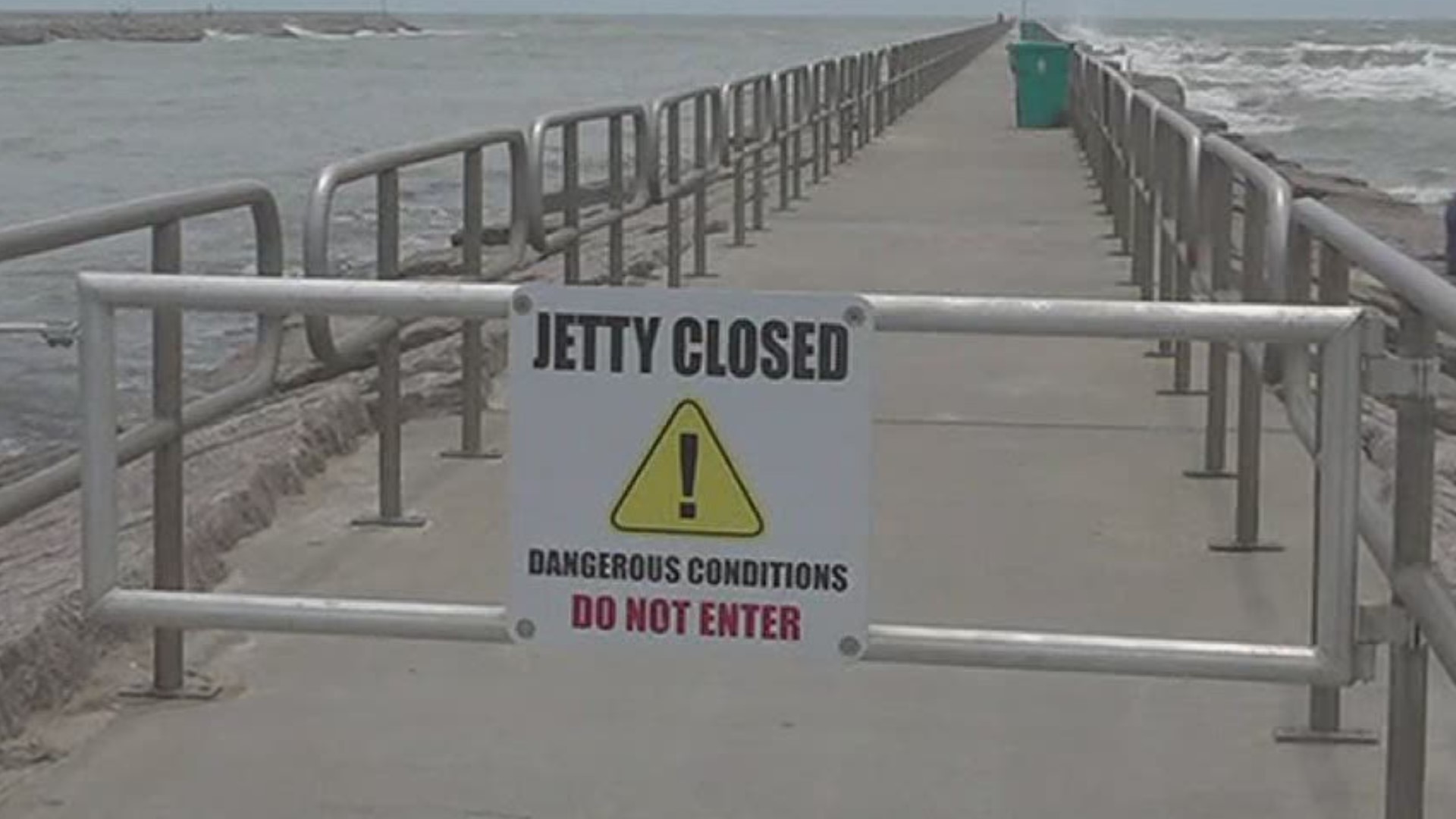 CORPUS CHRISTI, Texas — New safety measures are being put into place on local beaches leading into hurricane season. Gates will now restrict access to the north and south jetties on Padre Island when local officials believe water conditions are unsafe.

Darren Gurley, Superintendent over the Gulf Beaches for the city, said there have been two deaths in the last year that have taken place on the jetties. Due to growing concerns, the gates located at each jetty will be closed during days when the waves are crashing over the guard rails.

"Today, we have the south jetty closed but the north jetty open," Gurley said. "It all depends on how the wind and waves are coming. When they stop breaking over the jetty, we will open them back up."

According to Gurley, the gates have been up for about a month now but this week was the first time they have been put into use. Beach goers are urged not to pass the gates when they're closed.

Local surfer Carl Hayes tells 3News the gates should be closed only during severe weather events.

"You know when it’s like this, rainy a little bit of disturbance out there, I don’t think they should shut it down for that, but it’s not a bad idea to keep an eye on things when it gets really out control," said Hayes.

RELATED: Plans for Mustang, Padre Island developments and what it means for residents and business owners

Officials said they are aware people may try to cross this gate but if they do, they are choosing to do so at their own risk.