Officer Alan McCollum was a highly-respected police officer in the City of Corpus Christi and in the State of Texas. McCollum was also a veteran of the U.S. Army. 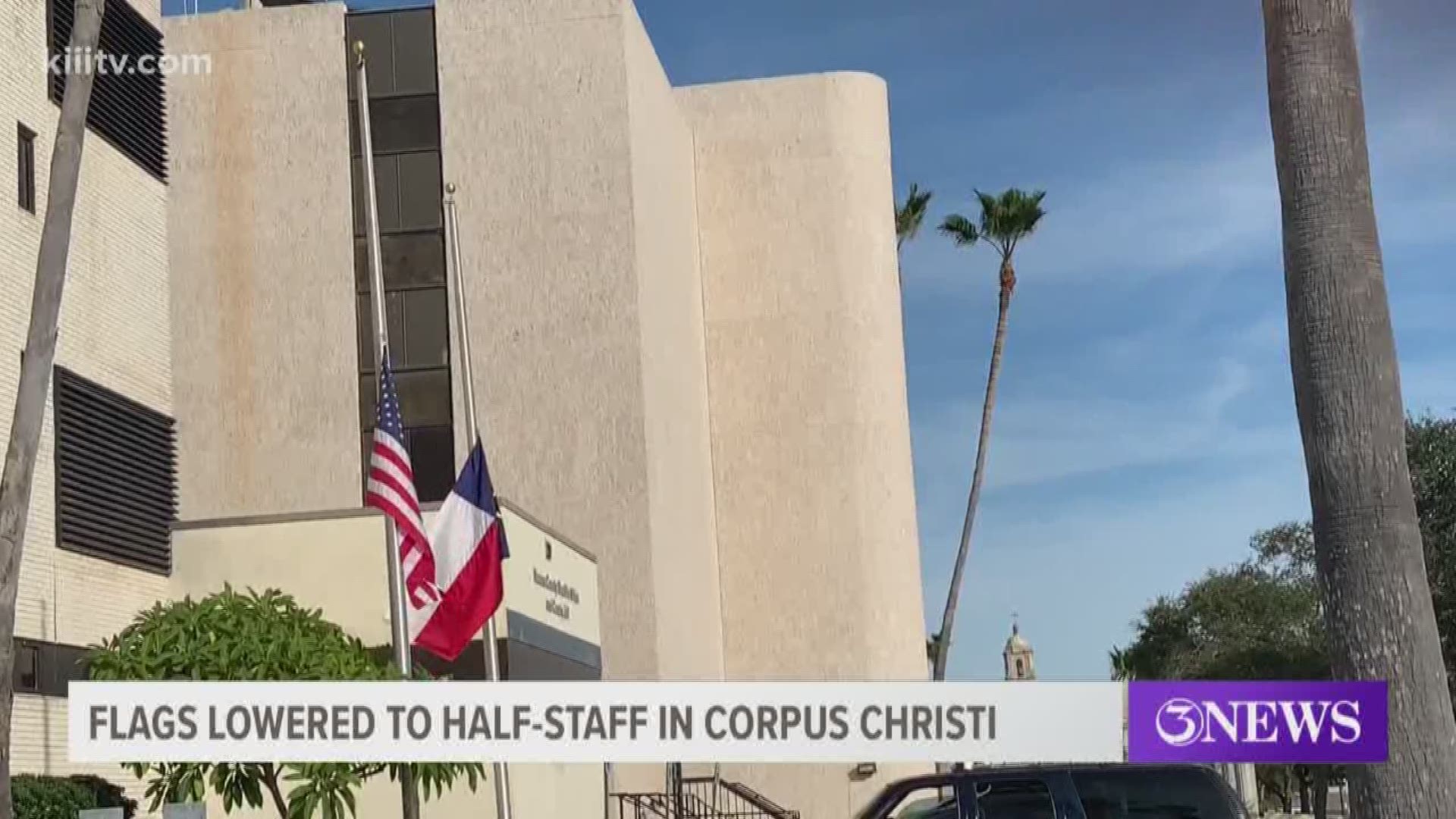 CORPUS CHRISTI, Texas — The State of Texas flags and the United States of America flags will be lowered to half-staff in the city of Corpus Christi beginning Sunday, February 2.

Governor Greg Abbott wrote in a letter that the flags are "to be lowered immediately in honor of the life and public service of Corpus Christi Police Officer Alan McCollum who was killed in the line of duty during a routine traffic stop."

Governor Abbott also adds that all Texans should honor and remember the service officer McCollum was dedicated to during the time he served in the United States Army.

“The first lady and I extend our prayers of comfort to the McCollum family during this time of grief. I urge all Texans to remember and honor the public service of Officer McCollum to the United States as a highly decorated Army veteran and to the State of Texas as a brave and distinguished peace officer,” stated Governor Abbott.

McCollum was also a highly-respected police officer in the City of Corpus Christi and in the State of Texas, and flags will remain at half-staff until his final internment.

The City of Corpus Christi lowered all municipal office flags effective immediately and also asks the community to honor Officer McCollum with the lowering of all flags during this time of grief.

"Officer Allan McCollum was honored with numerous decorations, medals, badges, citations, campaign ribbons; to include being a recipient of the Bronze Star, " stated a post from the CCPD on their Facebook page.

Officer McCollum was also a valued member of the Honor Guard, the city's SWAT Team, and he earned a life-saving award for saving a person from a fiery crash in January of 2019.