It was an unusual scene on the city's southside -- members of a human rights group demonstrating against the practice of circumcision, calling it brutality and mutilation; but most pediatricians have a different view. 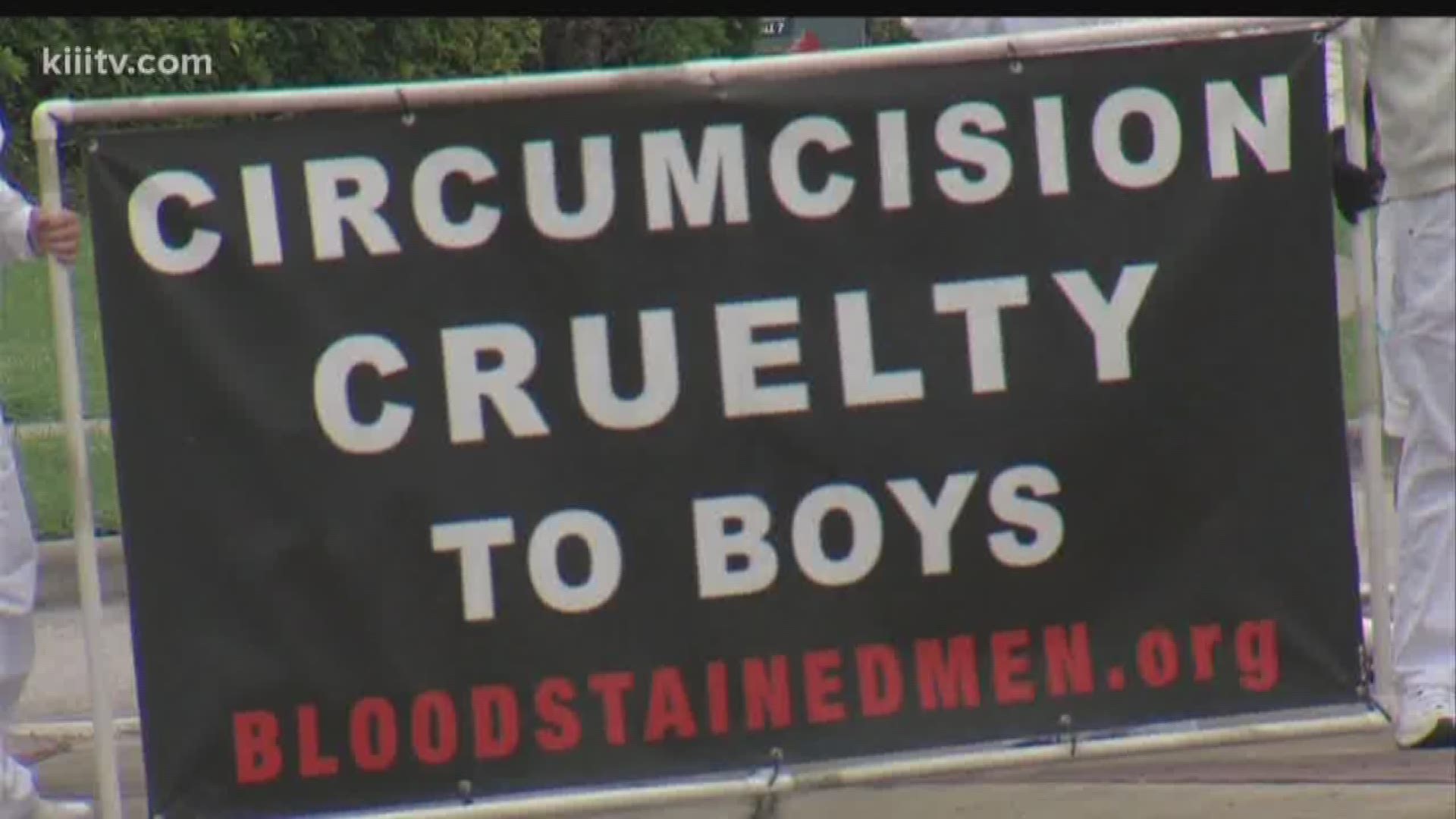 CORPUS CHRISTI (KIII NEWS) — The group Bloodstained Men and Their Friends claims that European medical professionals condemn circumcision and that the U.S. should too.

However, a local doctor explains that there are more health benefits to babies who undergo the surgery than those who don't.

It's something that is not thought about everyday, the right of a newborn child, but the Bloodstained Men and Their Friends, a national non-profit, has made it their mission to protect that right when it comes to the practice of circumcision.

Harry Guiremand is a member of that organization and said circumcision can have long-term consequences and parents are encouraged by their physicians to choose the surgery. The group has been sharing that message across Texas as part of the group's 22 day tour across the Gulf Coast.

Guiremand said that European physicians don't use this practice.

While the group argues it is not valid medicine, Dr. William Burgin with the Corpus Christi-Nueces County Public Health District says otherwise.

"When baby just gets an erection the foreskin which is not cut can clamp down on the penis and cause restriction of blood flow," Dr. Burgin said.

Adding that ancient tribes and Jews circumcised their babies because they knew there would be problems if they didn't.

There's also no age limit to receive the procedure, however, the process is easier to perform on an infant.

"Doesn't fight you, and he doesn't have qualms on what you're doing," Burgin said. "So much more resilient. Heal quicker."

According to a study one of the biggest benefits of circumcision is protecting against HPV infection.