Haven't paid your property taxes? Here's how penalties and interest could affect you.

Property taxes are due by Jan. 31 every single year, but if you are in delinquency you are looking at a seven-percent penalty on Feb. 1, and it doesn't stop there. 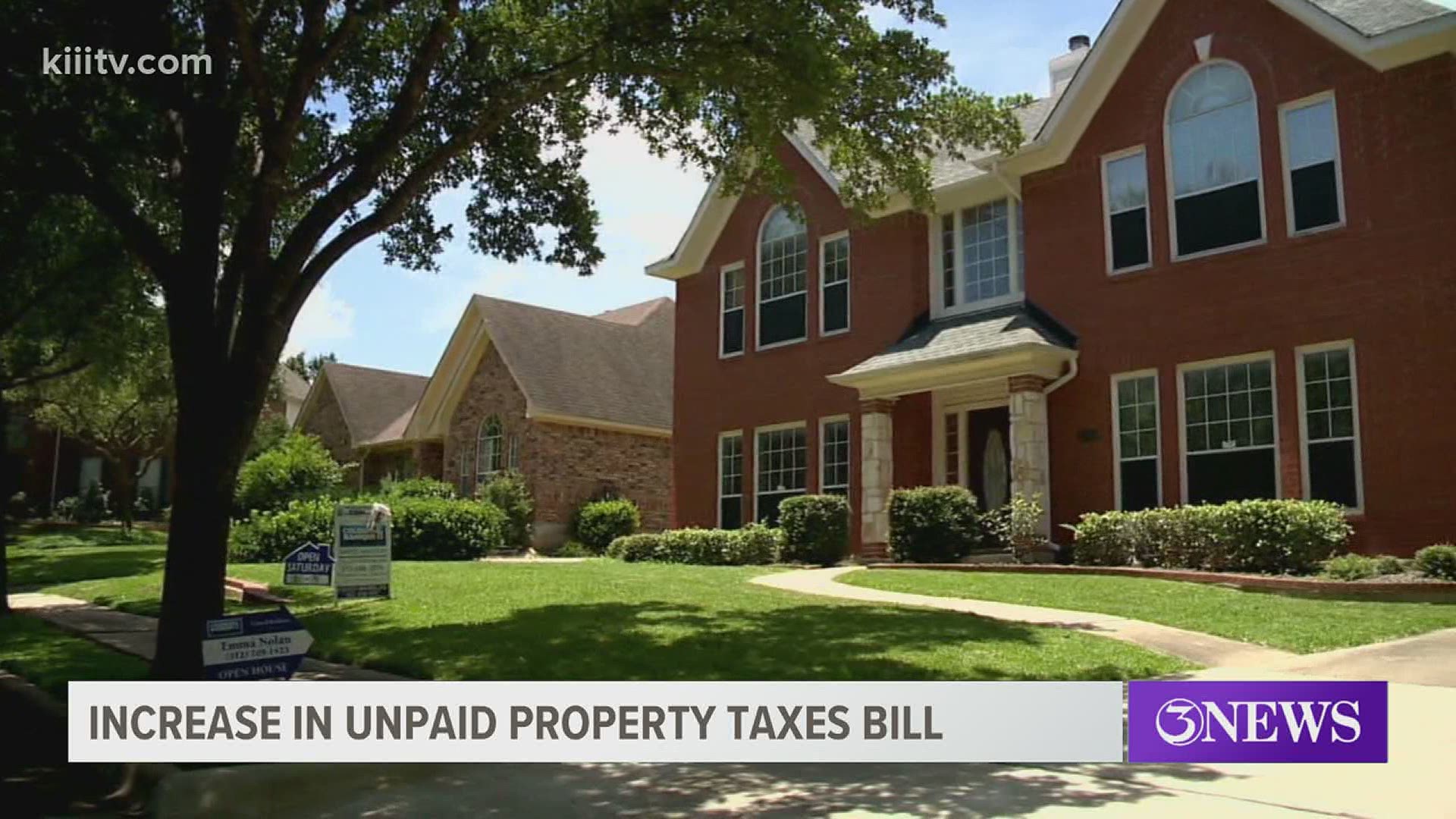 CORPUS CHRISTI, Texas — The tax office in Nueces County is reporting an increase in the number of property owners who are delinquent in paying their tax bill for last year.

Nueces County's Tax Assessor-Collector Kevin Keischnick said while they are still calculating the specific number of delinquent accounts, it amounts to about two-percent of the county's total tax revenue. While the County is willing to offer payment plans, there is still the matter of penalties and interest.

Those penalties and interest accrue very quickly with each passing month, and are imposed by the State of Texas.

"We've had quite a bit of that unfortunately, and we anticipated it," Kieschnick said.

Keischnick said property tax penalties are not a one-time thing. Property taxes are due by Jan. 31 every single year, but if you are in delinquency you are looking at a seven-percent penalty on Feb. 1.

If you are in that situation right now, interest and penalty charges for late property tax payments will keep going up every month that you're still past due, and your rate will increase by another two-percent. That is, until July 1. At that time you will be charged a collection fee of 22-percent on top of all the property tax penalties you have accrued.

The penalties and interest don't stop there. Beginning Aug. 1, at least one-percent is added each month thereafter on any unpaid balance.

"I know our collection rates are down about two-percent from where we were about this time last year, which you know, two-percent, it doesn't tell us how many people are actually affected," Kieschnick said.

In spite of the ongoing pandemic, layoffs, businesses being closed or temporarily shuttered, the freeze, and other factors, what can be done?

"The government told the people that they had to close their businesses, they cut off their income stream, but yet they're still going to charge penalty and interest on taxes they can't pay, and it's not right," Kieschnick said. "But unfortunately we don't have any authority to change that. That lies in the hands of the State Legislature and the Governor's Office."

3News reached out to our three state legislators for their input on the situation. Rep. Abel Herrero responded with a statement. He said, "After a year of devastating crisis from the crippling COVID-19 pandemic to the recent horrific winter storm, Texans need every resource available."

Herrero added, "We should be helping families whose lives were upended by catastrophe, not setting up roadblocks to recovery."

Lawmakers are in session in Austin, but there is no item on their agenda to take up this issue.