The patient was a male in his 60s and had no known comorbidities. According to the Health District, the man was not infected within Corpus Christi city limits. 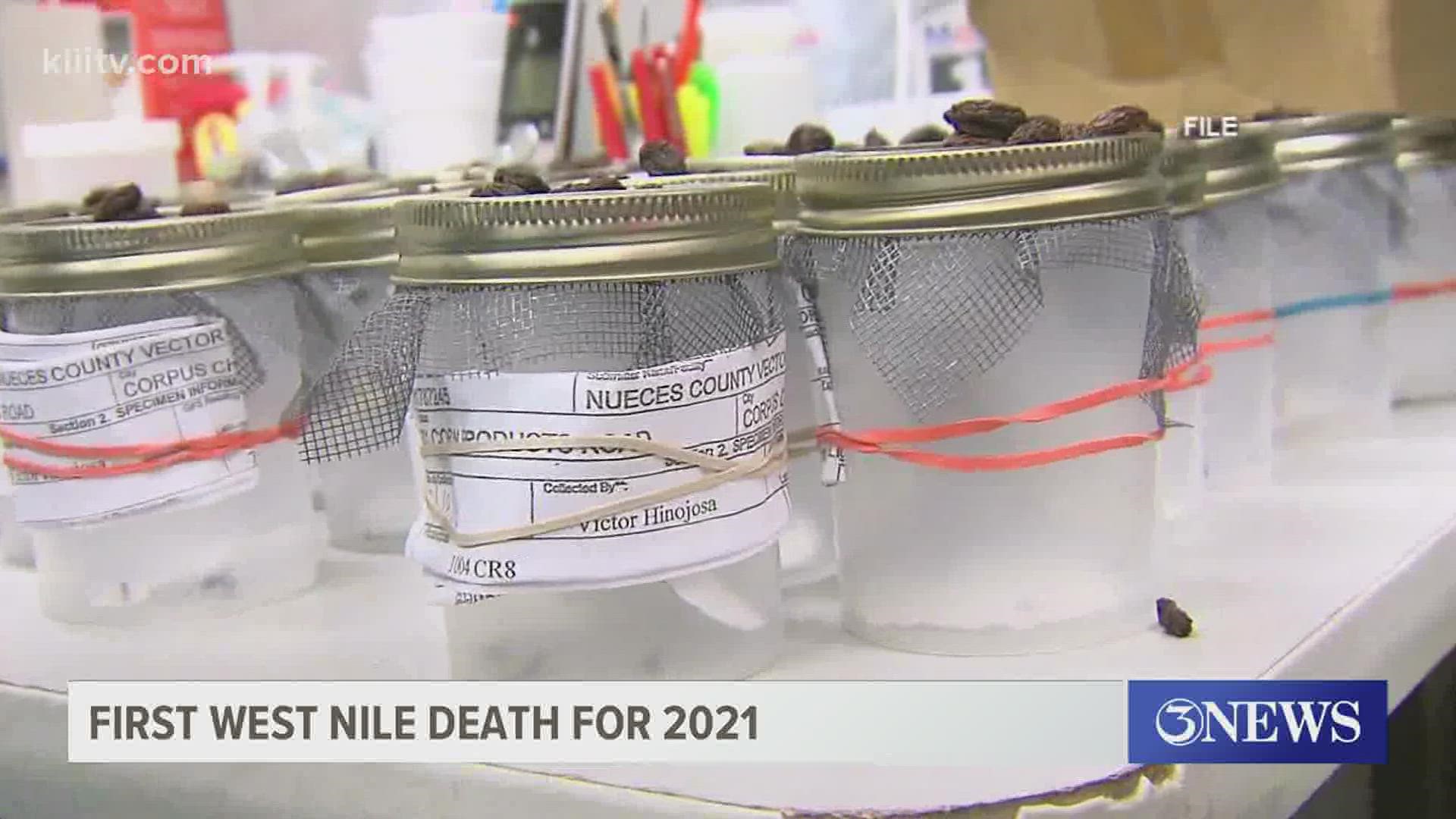 CORPUS CHRISTI, Texas — A man in his 60s died of West Nile Virus in Nueces County, the first here in 2021, according to the public health department.

UPDATE: According to the Health District the incident was NOT within Corpus Christi city limits.

The patient was a male in his 60s and had no known comorbidities. The resident lived in the 78380 zip code, where there has been a positive case of West Nile Virus identified in mosquitoes, officials said.

This is the fifth human case of West Nile Virus identified in Nueces County for 2021.

West Nile Virus is a disease spread by the bite of an infected mosquito.  According to the Centers for Disease Control (CDC), Texas has reported 33 cases of West Nile and three deaths for 2021.

Symptoms of West Nile Virus include:

Residents are advised to protect themselves from mosquito bites by avoiding outdoor activities, especially during dusk and dawn. While outdoors, wear FDA-approved insect repellant containing DEET and reduce mosquito breeding grounds by disposing of items in the yard that can contain standing water such as tires, toys, or water buckets. Lastly, if residents develop any of these symptoms following a mosquito bite, seek medical assistance immediately.

As a result of this confirmed case, the City’s Vector Control Unit will implement the Mosquito Management Response Plan. The response entails the following: