Some local experts say it appears a person's immunity to COVID-19 may not be lasting very long. 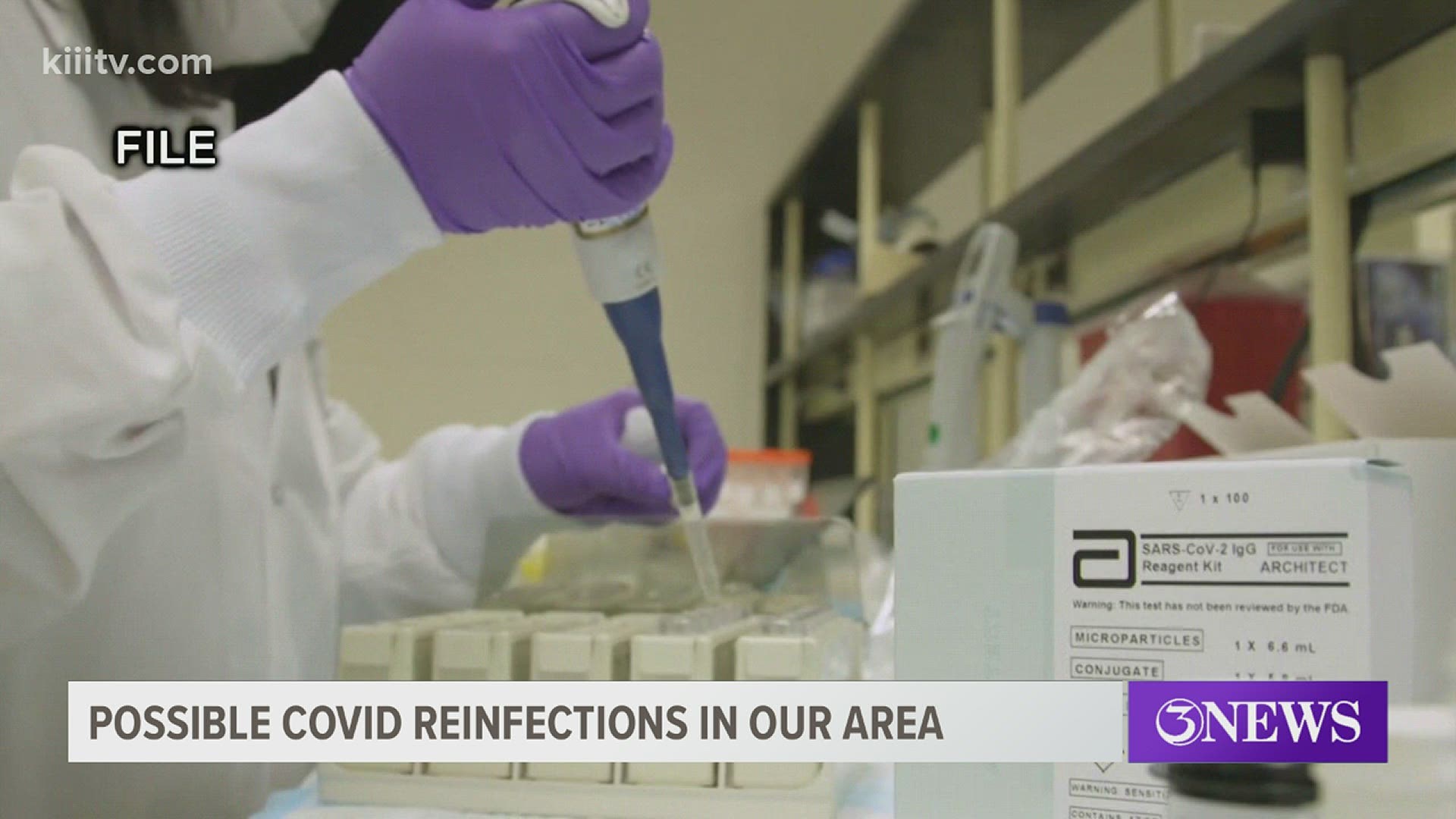 CORPUS CHRISTI, Texas — Health officials in Nueces County are looking into the possibility that at least two people in the area have become infected with COVID-19 a second time.

According to officials, the patients in question tested positive for COVID-19 earlier this year, and now more than three months later have tested positive once again. Nueces County Public Health Director Annette Rodriguez said one of those two patients is a nurse.

"What's troubling is that you can be reinfected, so that's troubling to me because that means you didn't have very much immunity for very long; and so only a couple of months of immunity, and now you've picked up the virus again a second time," Rodriguez said. "Is it going to be more devastating the second time than it was the first time?"

There are still a lot of questions to be answered concerning those patients who appear to have been reinfected with COVID-19, like if they were showing symptoms at all the first time they rested positive. Officials are hoping to answer those questions over the coming days.

"This time, they are symptomatic," Rodriguez said. "This is not good especially going into the winter months when people are congregating inside."

Rodriguez explained that the Centers for Disease Control say that those who are testing positive twice will be considered to have been reinfected if there was a 90-day window between the two positive tests.

"If it's been more than three months in between and they're still testing positive PCR, then you do count it a second time because remember, you all used to ask the question, you can't be more than once," Rodriguez said. "If I went back a week later and I was still testing positive and we would say no, that's considered a duplicate, so we only counted you the one time; but now we would count you twice if it met the CDC definition for reinfection."

Dr. Salim Surani explained to 3News why after months of thinking people couldn't get COVID twice, he now sees that it is possible.

"People when they get infected, their immunity should last for more than a year; but what we have learned with COVID is that the immunity is not that long-lasting," Dr. Surani said. "It all depends on the person -- the individual, how strong their body responds -- and the immunity is sometimes fading off in three months."

3News contacted Nueces County Judge Barbara Canales about what researchers have now discovered about the virus striking people more than once. She said that it points to the need for everyone to remain vigilant. You should continue to wear your mask and social distance. Canales said she is even going to bring up the matter to the Texas Division of Emergency Management during a virtual meeting later this week.

"We always have an opportunity to talk about our jurisdiction and what we're seeing, and what our challenges are and our needs are," Canales said. "So yes, I'll be bringing it up so we can share information amongst the other areas."

In the meantime, Rodriguez and her team of health professionals will be looking over the possible reinfection cases to see if in fact they have tested positive for COVID-19 twice here in the Coastal Bend.