'Hearing concerns, calming fears': How the call center at the Nueces County Public Health District is getting locals through the pandemic

Many in the call center are multitasking, handling the phone bank as well as drive-thru testing and contact tracing. 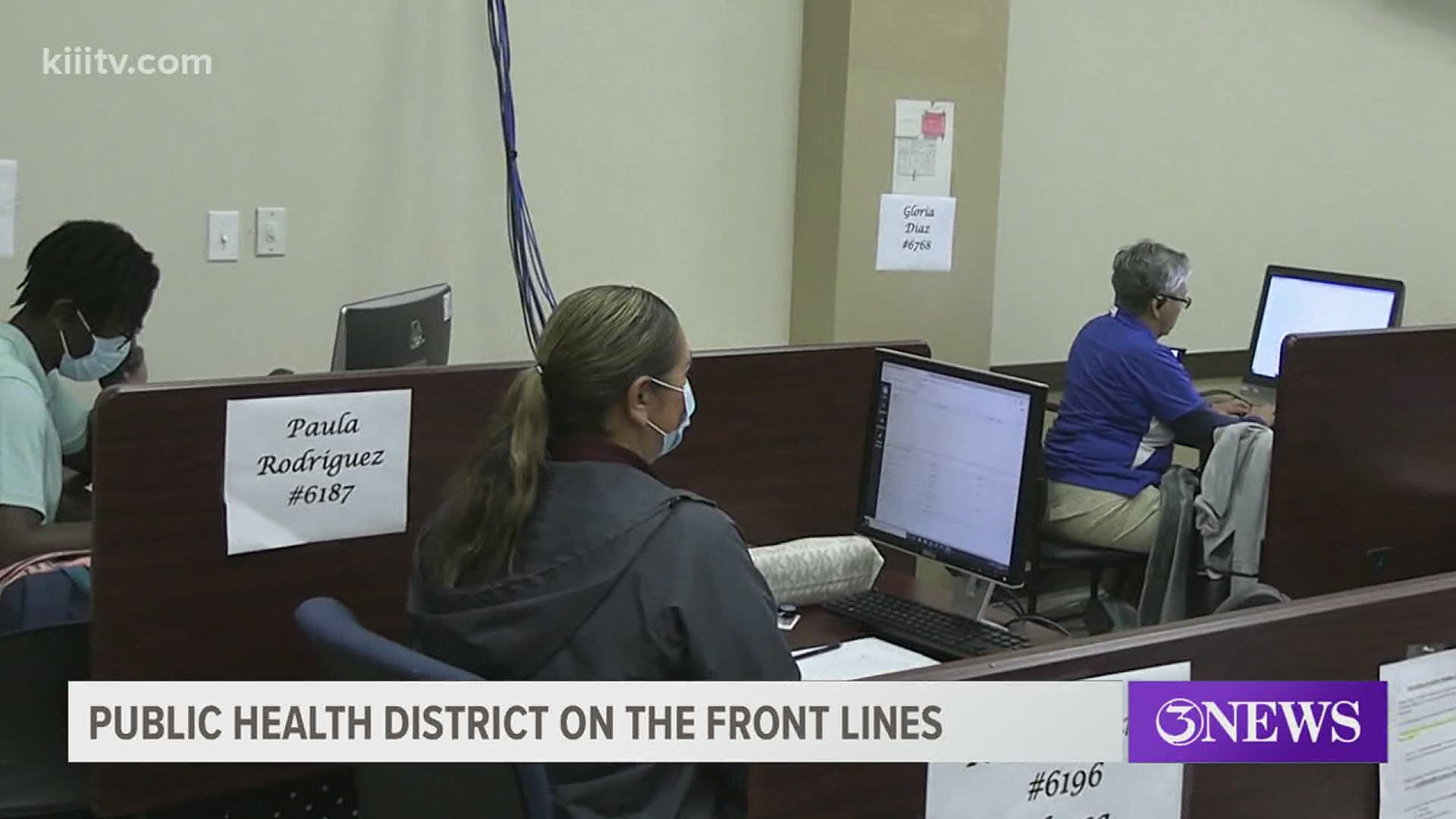 NUECES COUNTY, Texas — As one might imagine, being on the front lines of the pandemic is as difficult as it gets. We hear the stories of doctors, nurses and first responders keeping us safe and healthy. However, another type of first responder are those taking your calls at the Nueces County Public Health District.

The doors at the health district on Horne Road are locked. No one other than the employees are allowed to enter, but with proper authorization, 3News obtained video of the 28 person call center.

Can you imagine answering more than 32,000 calls in that short period? It's taking a toll on those handling the calls.

Amelia Castillo is one of those responding to coronavirus concerns. She describes some calls as nothing short of gut-wrenching.

"Phone calls have been very emotional and have now been striking chords on the community and us, seeing it first hand," Castillo said.

These folks are as close to the front lines as one can get. They spend their days hearing concerns, comments and complaints, but also calming fears at a time when fear is what it is.

"We have a lot of individuals who are sick, scared, angry and fear of the unknown," Manager Jessica Hernandez said. "As a professional, we do our job to conduct our contact tracing interview, but also as an individual and as a human being, we come around and feel the experience as a person."

Many in the call center are multitasking, handling the phone bank as well as drive-thru testing and contact tracing. Each one of these folks have stories to share, and not all of them are about tragedy or loss. Some stories contain hope.

"When I spoke with a woman, she was in her 40s and she had told me about how she had recovered from the illness and she was just amazed at the fact that she had felt so terrible and had been so symptomatic and at this point is feeling perfectly normal again," Pena said.

We were asked health care workers for a statement to the public. This is what they want you to know:

"Think of everyone else that's being affected," Pena said. "Think of it as being your mother, your father, your daughter your grandchildren, people that you love."

RELATED: Local family asking for blood donations from recovered coronavirus patients as their family member is hospitalized with COVID-19

RELATED: Plasma from coronavirus survivors are needed now more than ever