Another H-E-B coming to Dallas-Fort Worth area, this time in McKinney

The McKinney store will be located on the northeast corner of Custer Road and Eldorado Parkway, according to H-E-B. 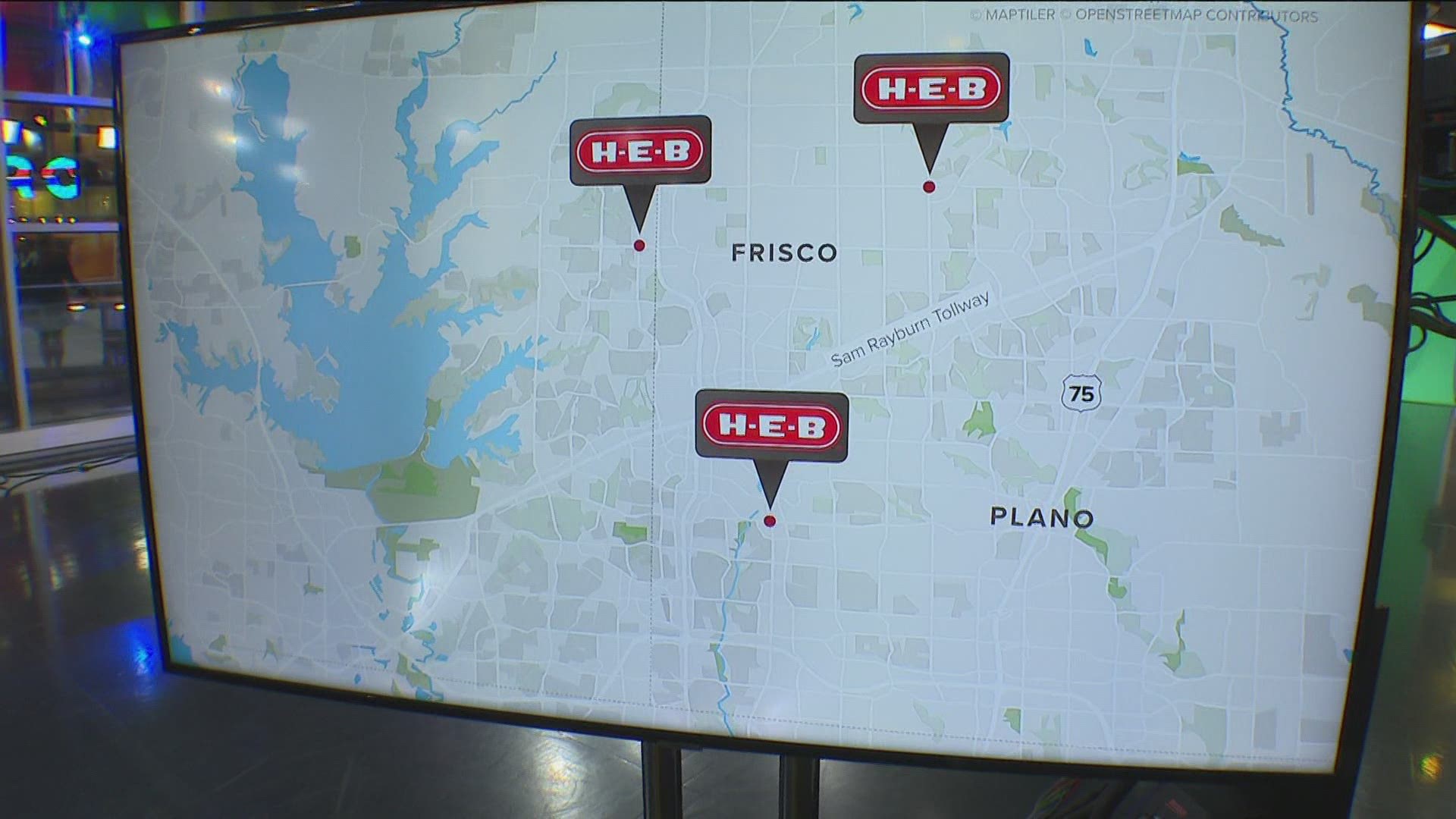 MCKINNEY, Texas — For the third time in months, "Texas’ favorite grocery store" has announced plans to expand in the Dallas-Fort Worth Metroplex again, this time in McKinney.

On Tuesday, H-E-B said it expects to open a third location in 2023, building "on the company’s longstanding presence in the area and reinforces its commitment to serve more customers in this dynamic and growing part of Texas."

The McKinney store will be located on the northeast corner of Custer Road and Eldorado Parkway, according to H-E-B. More details for the store will be shared at the location's groundbreaking, which is projected for later this year.

With roots in the Hill Country of Texas, H-E-B has spread over the past 116 years through Houston, Austin, San Antonio, and down into Mexico, and getting as close to Dallas as towns on the outskirts such as Weatherford, Burleson, Cleburne, and Waxahachie.

The chain also broke ground on the previously-announced stores in Plano and Frisco last week. Both stores are expected to open by fall 2022.

While there is excitement over the new store openings, their locations in Plano, Frisco, and now, McKinney - all within a few miles of each other in the northeast part of the Metroplex - have drawn some criticism. Some questioned why the company did not expand into underrepresented neighborhoods commonly referred to as food deserts, including Anga Sanders, founder of Feed Oak Cliff.

“Am I surprised? Not at all," Sanders previously told WFAA. "Am I disappointed? Yes.”

RELATED: 'That's a slap in the face': Southern Dallas remains home to food deserts as H-E-B expands into Plano, Frisco

In its announcement, H-E-B said it is "committed to the DFW area for the long term and hopes to serve even more of the Metroplex in the future." It's unclear where those new stores would be.

In a statement, McKinney Mayor Greg Fuller called the news "exciting" for the community.

“We are proud to be part of the growing H-E-B family in Texas and give our residents more options to keep their dollars local," Fuller said.