Tropical Depression Imelda hit the area earlier this week but the water is still high as it makes it way back to the Gulf. 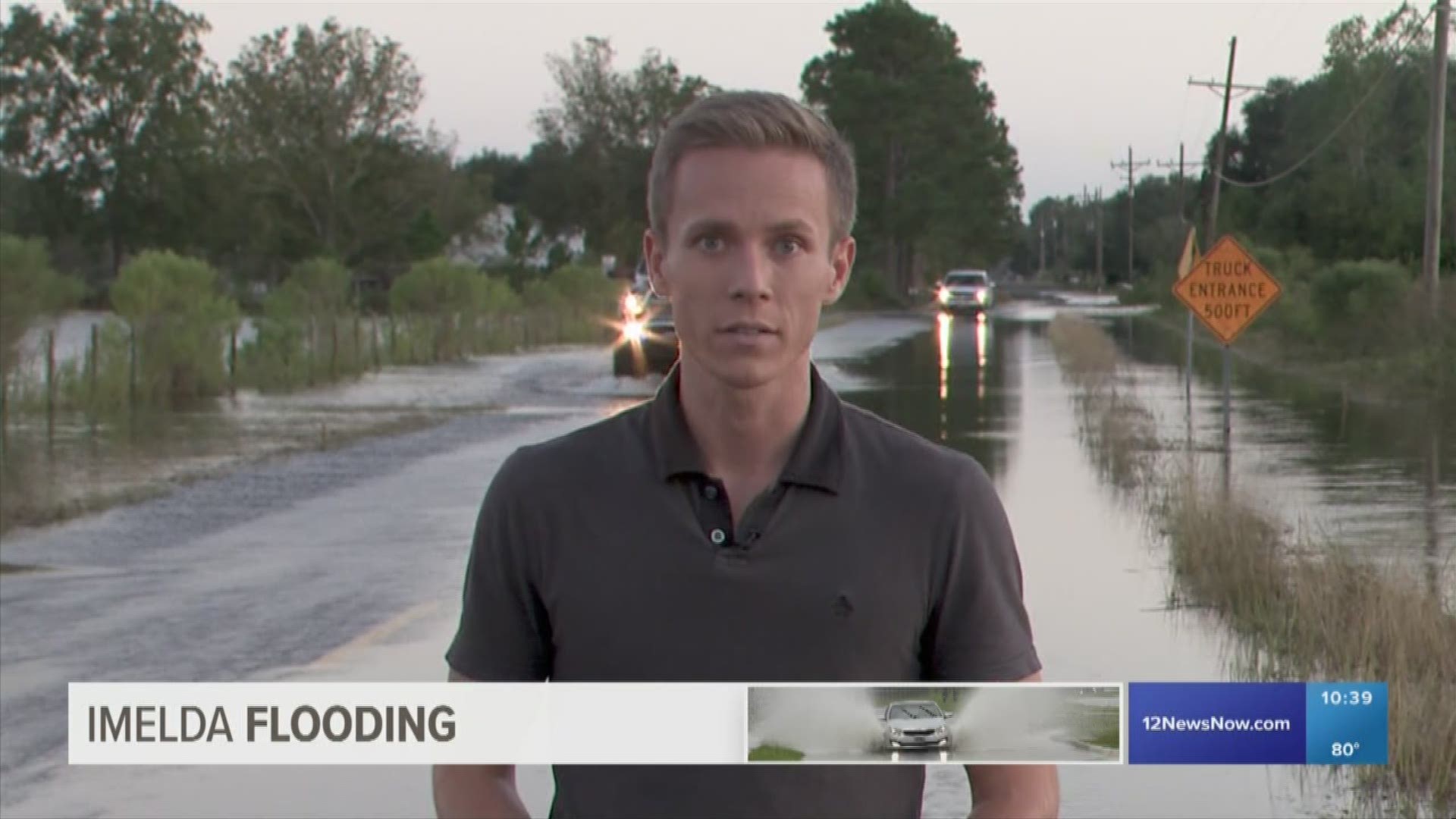 HAMSHIRE, Texas — Neighbors in Hamshire-Fannett are stepping in to help each other as flood waters remain high following Tropical Depression Imelda.

On Saturday, Josh Hidalgo and Grayson LeDoux launched their boat for yet another day to check on neighbors who are trapped in high flood waters.

Hidalgo and LeDoux said they have rescued at least five families since Imelda hit.

“We find that our community is important to us to help everybody out,” Hidalgo said.

A helicopter hovered in the area on Saturday afternoon, which was a welcomed sign of relief.

LeDoux said the helicopter was there to feed cattle that were stuck in the flood waters.

It's our livelihood. This is all we know and so we do the best we can to save our cattle,” Droddy-Peveto said.

The area was hit hard during Harvey two years ago.

This time, the residents said it’s almost worse because all the rain fell with little notice.

Although the Droddy family’s house flooded during Harvey, water didn’t get inside during Imelda.

RELATED: How to get help after Imelda

They hope the water recedes within the next week, but know it’ll be slow as all the moisture north of the area makes its way back to the Gulf.

“There's only so much you can do but our community is strong and the ranchers around here are tough and we'll pull together and get through it again. We did it once and we'll do it again,” Droddy-Peveto said.