The city claims those discharges during Imelda damaged nearby homes and the city’s storm system. 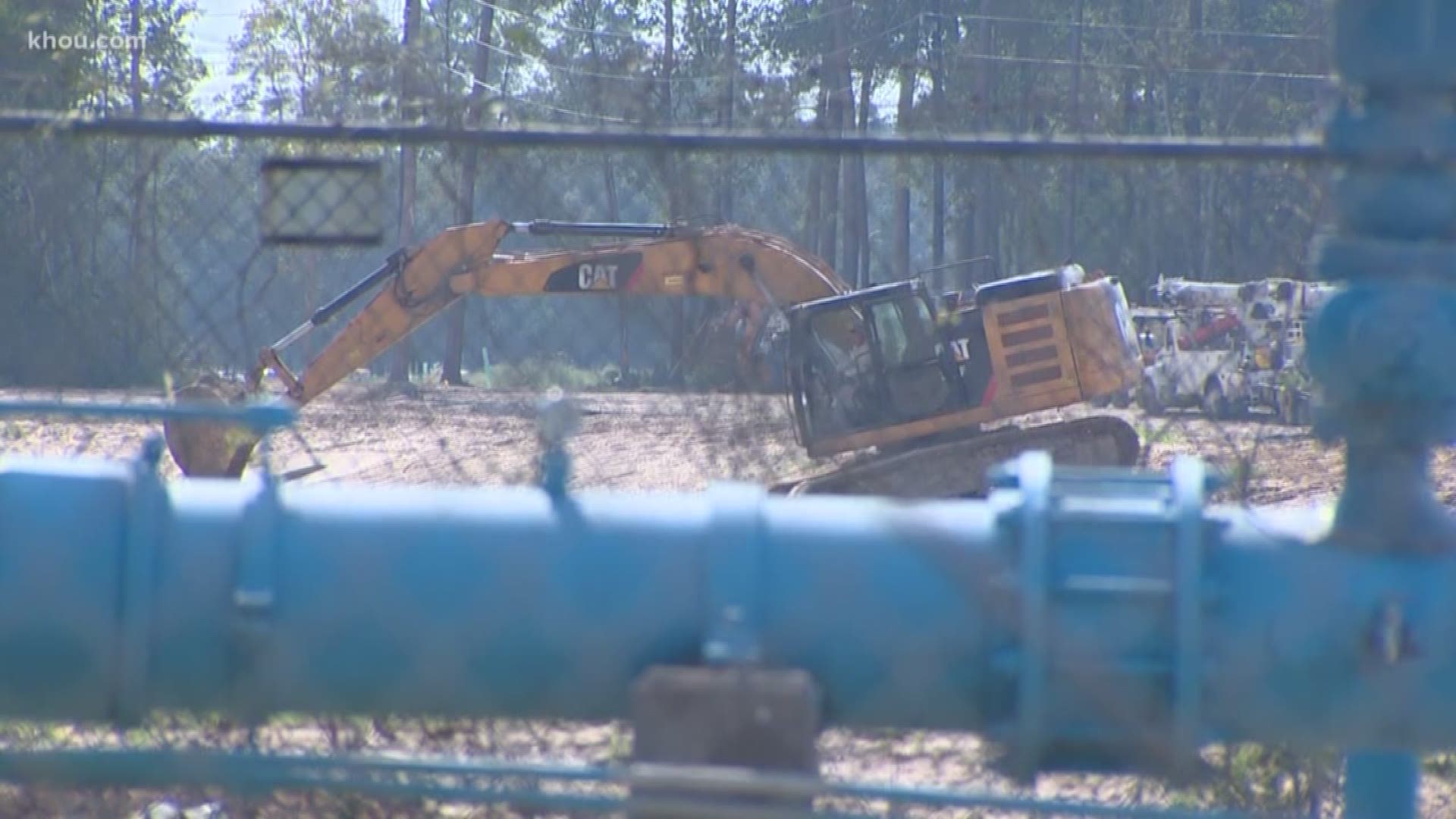 HOUSTON — The City of Houston is ordering three major developers and contractors to immediate stop discharges of sediment, sand, silt and debris from a home development site near Kingwood.

The city claims those discharges during Imelda damaged nearby homes and the city’s storm system.

Many homes in the Elm Grove subdivision have flooded twice in 2019 despite never flooding before, not even during Harvey.

“These folks have gone through Hell and back,” said Houston city council member Dave Martin of District E.

Council member Martin represents the area. He’s heard the same concerns from residents KHOU 11 has that development at the Woodridge Village site next to Elm Grove, which broke ground after Harvey, could be a factor.

After the May floods, homeowners sued developer Figure Four Partners, accusing them of negligence and violating the Texas Water Code. The company denied those claims in a counter-suit.

RELATED: Homeowners in Kingwood wonder if construction is to blame for flooding

On Sept. 26, one week after Imelda, the city sent cease and desist letters to Perry Homes, Double Oak Construction, and Figure Four Partners. Those documents tell the companies there was a discharge of sand, silt, sediment and debris from their Woodridge Village development site into the city’s storm sewer system.

The letters order the parties involved with that project to immediately stop all future discharges from the site.

“We need to figure out what went wrong, and we need to remediate it today so these folks can rest assured that this is not gonna happen again,” said council member Martin.

Besides the developer and contractor, council member Martin also wants to bring in Montgomery County, where Woodridge Village is located, to help the city develop that remediation plan.

However, Kingwood is in Harris County, which, like the City of Houston, has tougher development standards to mitigate flooding.

KHOU left messages with Perry Homes and Double Oak Construction but had not heard back as of Thursday afternoon. Figure Four Partners, whose parent company is Perry Homes, did not have a separate website or phone number listed.

The city has also kicked off a 12-week-long investigation into the state of the stormwater system in Elm Grove and other affected communities in Northeast Kingwood.

Council member Martin is planning to update residents on that investigation during a town hall meeting at 6:30 p.m. Oct. 17 at the Kingwood Community Center.