Child custody agreements could be called into question after the Corpus Christi ISD announced it's going to a year-round school calendar for 2020-2021. 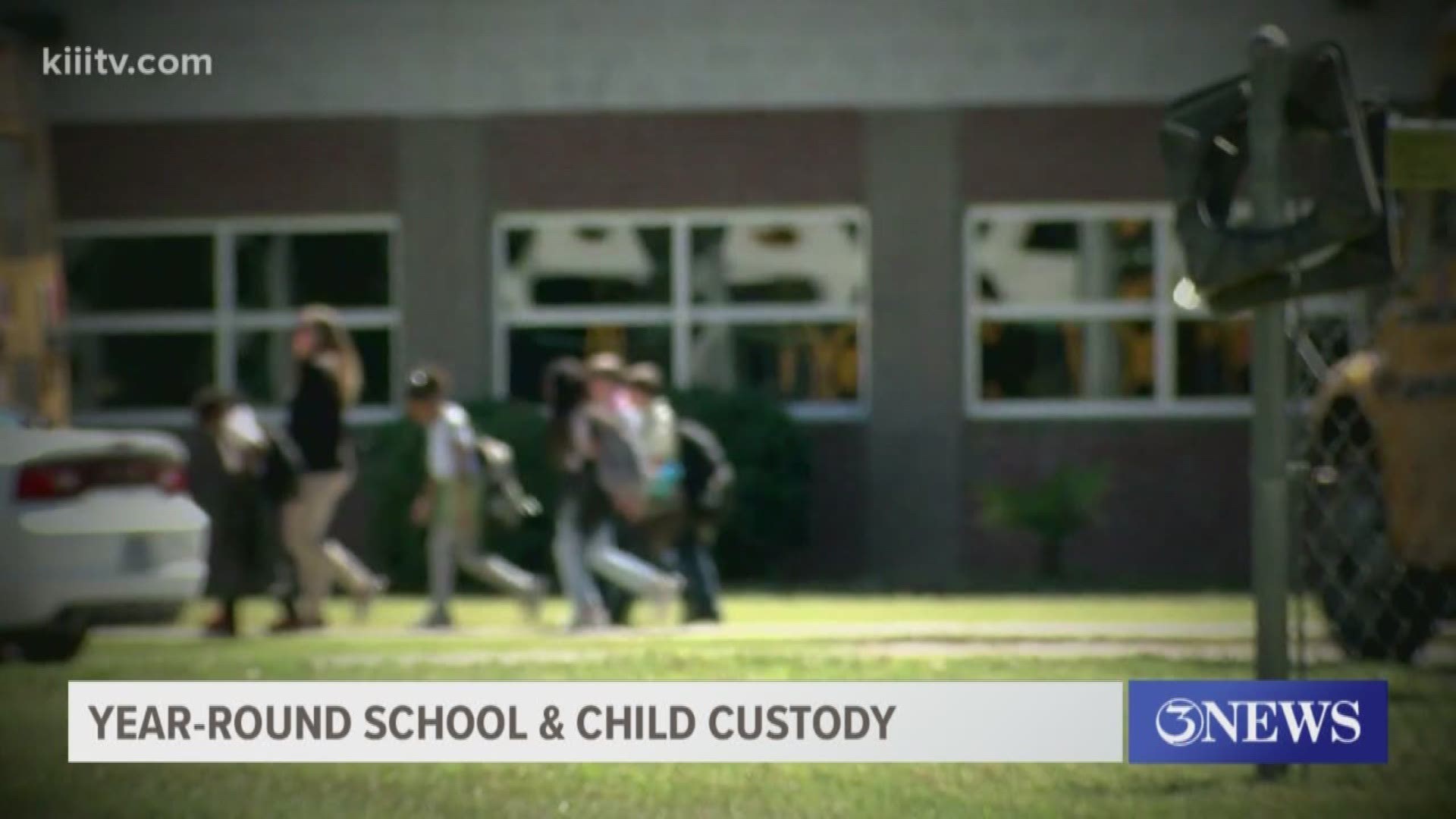 CORPUS CHRISTI, Texas — Back when the pandemic first started, a lot of people were wondering how child custody arrangements would be impacted since everyone was supposed to be staying at home and spring break went for weeks. Now, child custody agreements could also be called into question after the Corpus Christi ISD announced that it's switching to a year-round school calendar for 2020-2021.

"What's going to be a problem is the current cases that have children going to CCISD as they transition from an algeria calendar to a year-round calendar," Koch said.

One example Koch gave was the Martin Luther King Jr. Holiday being followed by an intercession period.

"They're not gonna go back on the 18th, which is the Monday, they're going to have the 19th - 22nd, according to this calendar, is considered intercession," Koch said. "So school won't resume until the following Monday."

Unless parents decide to make arrangements to include the intercession weeks, the nonpossessory parent will not have any extra time with the children and the current custody schedule will still be in effect.

"Some parents will exercise the clause that says the parents can do whatever they want by agreement and so this new calendar will not have any effects on them because they're going to talk to each other and they're going to work out an agreement," Koch said.

However, if a parent does want that extra time, they would have to request a motion to modify through the court. If you have any questions regarding your case, Koch said to follow up with your lawyer.