Investigators released surveillance screenshots of the suspects involved in a shooting Monday night on W. Tidwell Road in northwest Houston. 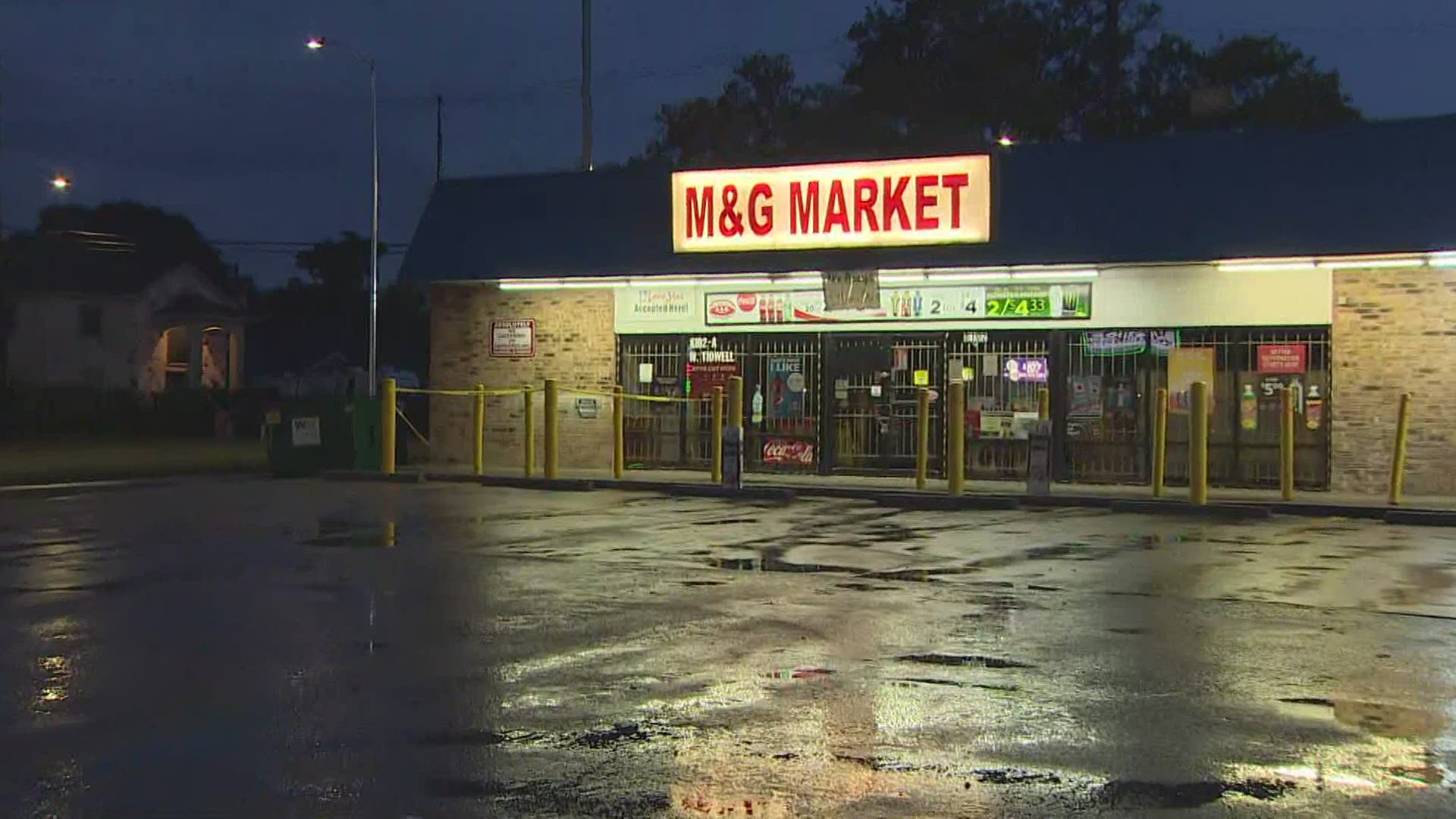 Investigators are searching for four men believed to be involved. The Houston Police Department has not released the complete video.

Officers responded to reports of shots fired about 9:30 p.m. Monday outside a neighborhood liquor store on the 8100 block of W. Tidwell Road in the Kempwood area.

Moments later, police reportedly found the three victims —including the dead teen — inside a white Cadillac about a block away, on Grow Lane.

Sadly, it's been another violent night across #Houston.
I'm in NW #Houston -- where police say a teenage girl was shot & killed -- 2 others injured -- ambushed in their car by two gunmen.
They say the shooting was caught on surveillance video. @KHOU #HTownRush pic.twitter.com/Kxmo5qU6mN

HPD said the two surviving victims were taken to the hospital. The extent of their injuries has not been confirmed. They're ages are 30 and 31.

Investigators said footage of the incident shows two gunmen approaching the vehicle in the liquor store parking lot and then unloading their weapons.

Police reported the shooters then left the scene, driving away in a 2019 white Chevrolet Impala SS with two black custom stripes on the hood and no front license plates.

Houston police have not released a motive for the shooting.

It's another violent night in the Houston area after at least a dozen reported shootings over the Juneteenth and Father's Day weekend.

If you have any information that could help police, please call Crime Stoppers of Houston at 713-222-TIPS or HPD homicide detectives at 713-308-3600.

Update: HPD just released NEW details & surveillance photos of the suspects car — this is the shooting that killed a 19 YO woman in NW #Houston last night, & injured 2 men.
Police say 4 suspects in total.
2 shot up victims car, 1 was a spotter, the other in getaway car. @KHOU https://t.co/8wFCG38ngS