SAN ANTONIO -- It's called the San Antonio 110 9/11 Memorial Climb. It's a reference to the height of the World Trade Center towers of New York, the terror attacks of 2001 and San Antonio's Tower of the Americas. 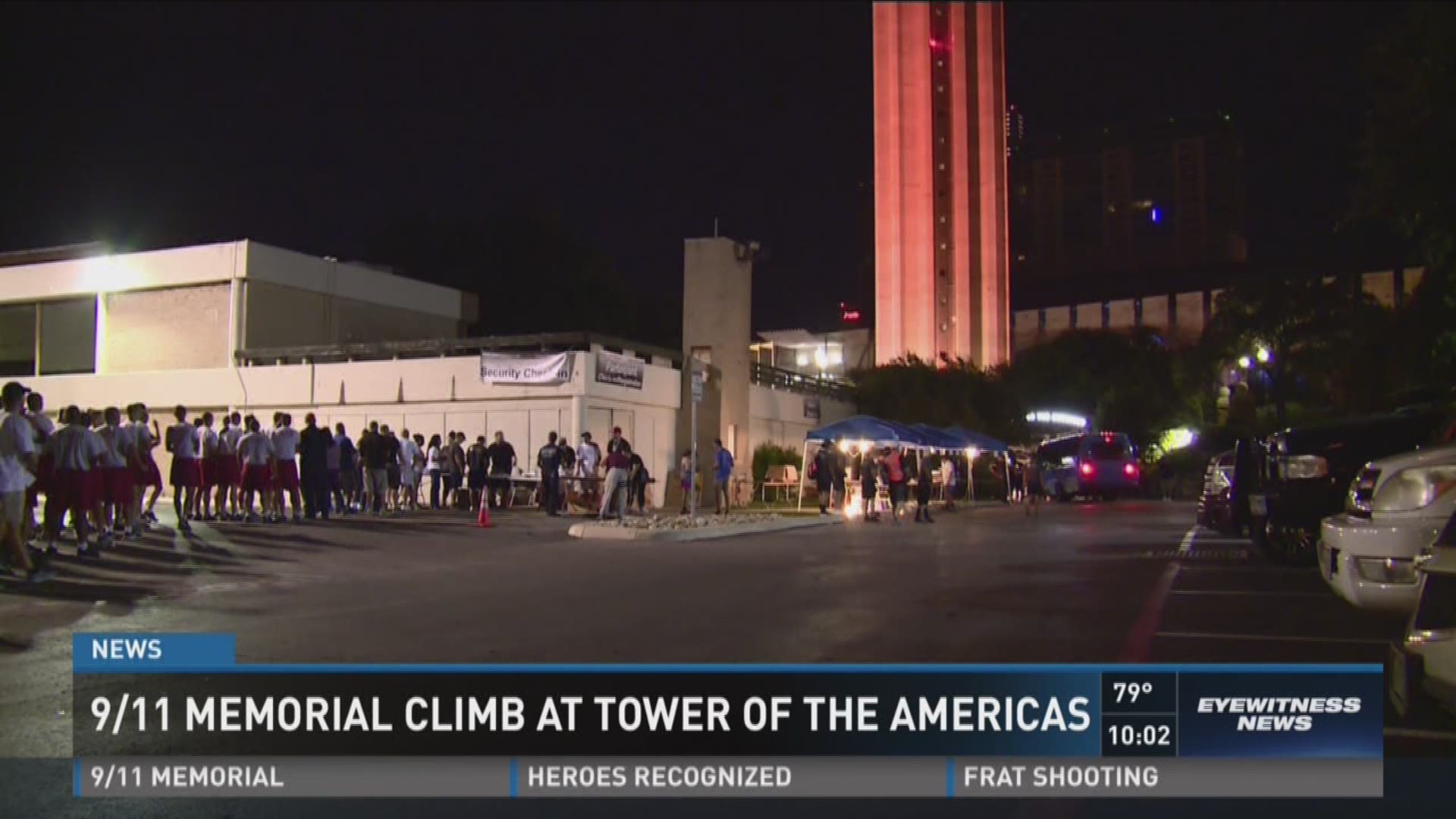 SAN ANTONIO -- It's called the San Antonio 110 9/11 Memorial Climb. It's a reference to the height of the World Trade Center towers of New York, the terror attacks of 2001 and San Antonio’s Tower of the Americas.

Sunday hundreds of first responders and ordinary citizens climbed the tower here, not once but twice, to honor those who died 15 years ago.

By the numbers, it is a huge undertaking in memory of the 343 firefighters, 70 law enforcement officers and 9 medics who made the ultimate sacrifice.

Every single person who died was represented at the event with a tag emblazoned with their name and photo. Each tag was carried by a firefighter brother or sister.

In addition to the climbers, an army of volunteers spent the night preparing for and staging the event, which organizers call one of the largest memorial climbs in the country.

Before participants started their arduous journey upwards, a solemn ceremony brought many to tears. Led by a band of pipes and drums, a color guard presented the flags while the San Antonio Police Department choir sang the national anthem.

The names of local firefighters who have died recently were read aloud and their families were recognized with a special presentation. 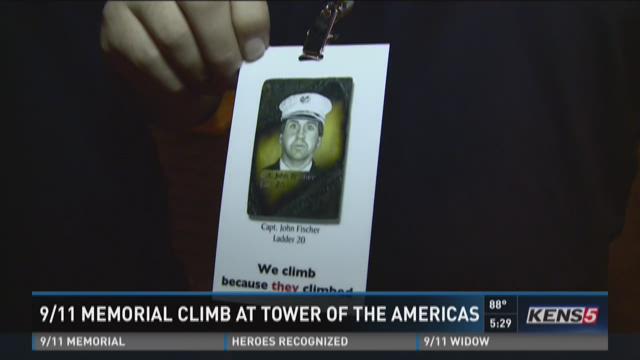 “What we're doing here today is very important. Our community, our first responders, our firefighters want this tribute and that they will continue to pay tribute and continue to remember our fallen,” event founder and director Dawn Solinski said.

"His picture, I just wanted to cry. I really did. It's going to be such an honor to take him all the way up 110 floors and place an accountability tag that he was there. He made it all the way," Zapien said.

Organizers said they expected at least 50 different agencies from across Texas and the nation to participate, as well as 500 or more first responders.

The climb began with a bell toll at 8:46 a.m., remembering the exact moment when the first tower was struck during the terror attack.

With bagpipes wailing and thunderous applause encouraging the climbers on, the line started in single file but quickly swelled with each step. Many firefighters honored the fallen by climbing in their full firefighting gear, which meant 60 to 70 pounds of added weight.

Crowding the base of the tower, the climbers passed and touched an artifact from Ground Zero, a piece of the metal from the twisted wreckage. While some were upbeat and happy to accept the challenge, many were somber and focused on the arduous task at hand, their uniforms different but their purpose the same.

Emerging at the top of the tower, drenched in sweat and out of breath, most said they will participate again. They will remember their brothers who never returned to their families.

Zapien said he was in fifth grade in 2001 and remembers that terrible day clearly. Zapien said the climb is a fitting way to remember the tears and the shock when America was brought to a halt.

"It's just a really honorable event and a celebration of their lives how we remember them and we continue to think about them each and every year. They will never be forgotten," Zapien said.