A woman said a man followed her, exposed and touched himself inappropriately in his car next to hers on FM 1325 heading towards Round Rock. 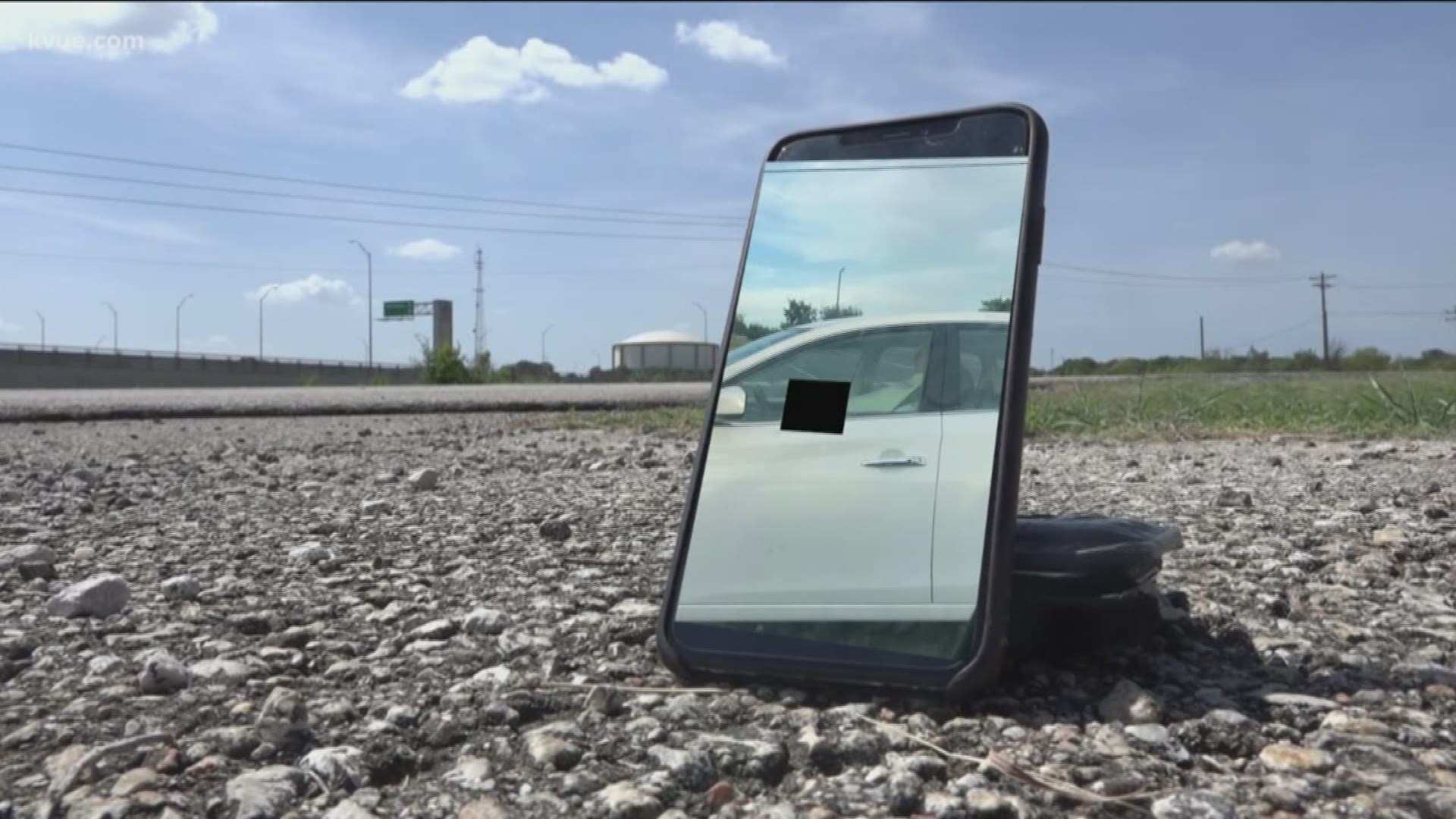 WILLIAMSON COUNTY, Texas — It's not something you'd expect to see while driving – someone touching themselves inappropriately in the car next to yours.

But it happened to one Austin woman and she took photos of him.

Kelsie Raney was driving up to Round Rock to babysit for a family friend on July 12. Just after exiting MoPac to get on to FM 1325, she noticed something.

"To my left that there was a car kind of following next to me at the same speed for quite a while but I just kind of avoided it," said Raney.

She said that the driver stayed on her trail, sped up to the right of her car and stayed at the same speed as her.

Her first instinct was to grab her phone, slow down and snap pictures to get a description of the guy. One of those pictures is seen censored below.

Eventually, she stopped on the road to attract attention from other drivers.

"I stood up out of the door and I started kind of yelling to the people behind us just kind of causing a scene or, you know, whatever I could," said Raney.

The driver sped off. Raney said the car did not have a front license plate and the back plate looked like a paper tag from a dealership.

She also said that because the tag was waving in the wind, she couldn't the tag written down.

Raney took a picture of this intersection and said this happened less than a mile south on FM 1325.

Raney described the man as a white male in his mid to late 50s. He was driving a white car, possibly a newer Nissan Sentra.

She shared her experience on Facebook and it has gotten hundreds of shares.

"This is just another person that's walking amongst us every day and we don't even realize," said Raney. "What if I didn't realize he was following me all the way to my house, or to the place I was babysitting at? What if it didn't stop there?"

Raney said she filed a report with the Williamson County Sheriff's Office. A spokesperson told us they haven't made any arrests.

They said that if it happens to you, get as many details as possible – including the make of the car, color, model and license plate.

If caught, the driver in this case could face an indecent exposure charge, which is a Class B misdemeanor.

He was given a 50% chance to live after a fire. 1 year later, he perseveres