Chances are you have seen a shark or two here lately, either in person or on social media. 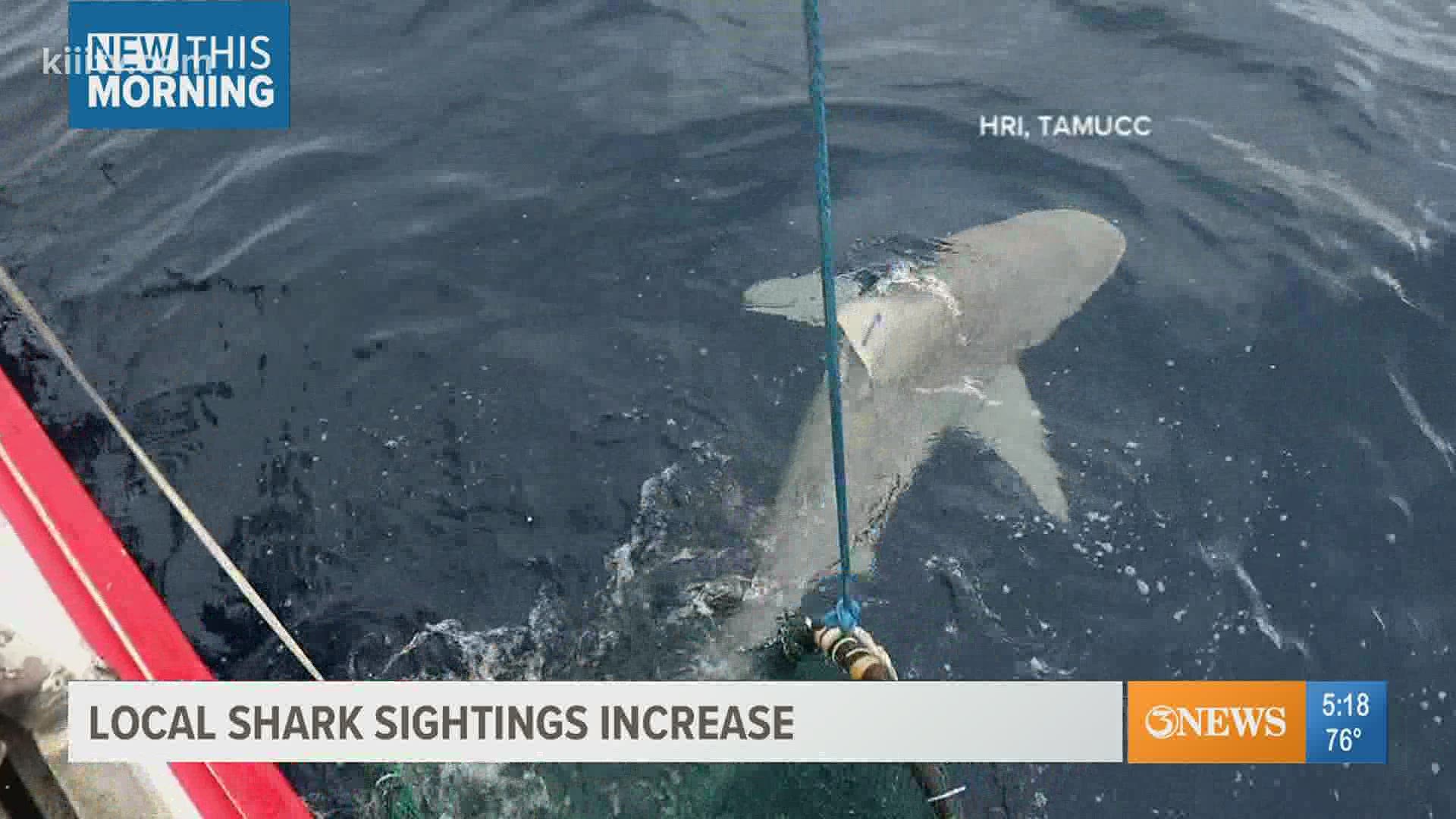 CORPUS CHRISTI, Texas — Local sightings of sharks have been reported weekly in the Coastal Bend lately. Chances are you have seen one of the apex predators lately, either in person or on social media.

"Sharks are very common in our water and especially in Texas waters and in the western Gulf and just being kind of close to shore this time of year," Kelsey Banks with the Harte Research Institute said.

Banks helps track and study sharks in our area,

Banks said this time of year, they receive numerous calls regarding the animals.

"As this sport becomes more popular you get more and more novices in that aren't quite sure what they should be doing, so we highly recommend that if you're going to pick up shark fishing, you work with someone that's been trained in how to deal with sharks," Banks said.

Shark fishing has become a popular sport in the Coastal Bend, but Banks said those who are unaware of how to best handle a shark should not be interacting with them.

"Watch where your hands are, watch where other people are, don't stand on it or pull their jaws open. Keep their heads in the water, everything to maximize that shark living once you release it," Banks said.

Banks emphasized how important catch and release is.

"Less sharks means less fish that we like to eat, which means more of the ones we don't," Banks said.

Remember, sharks encourage a healthy ecosystem in out waters.

RELATED: Flashback Friday: Whale sharks in the Gulf of Mexico

"Catch and release here is great and should continue because you're helping to protect populations that don't always stay in our waters," Banks said.