The Sargassum is a common type of seaweed found on Coastal Bend beaches. 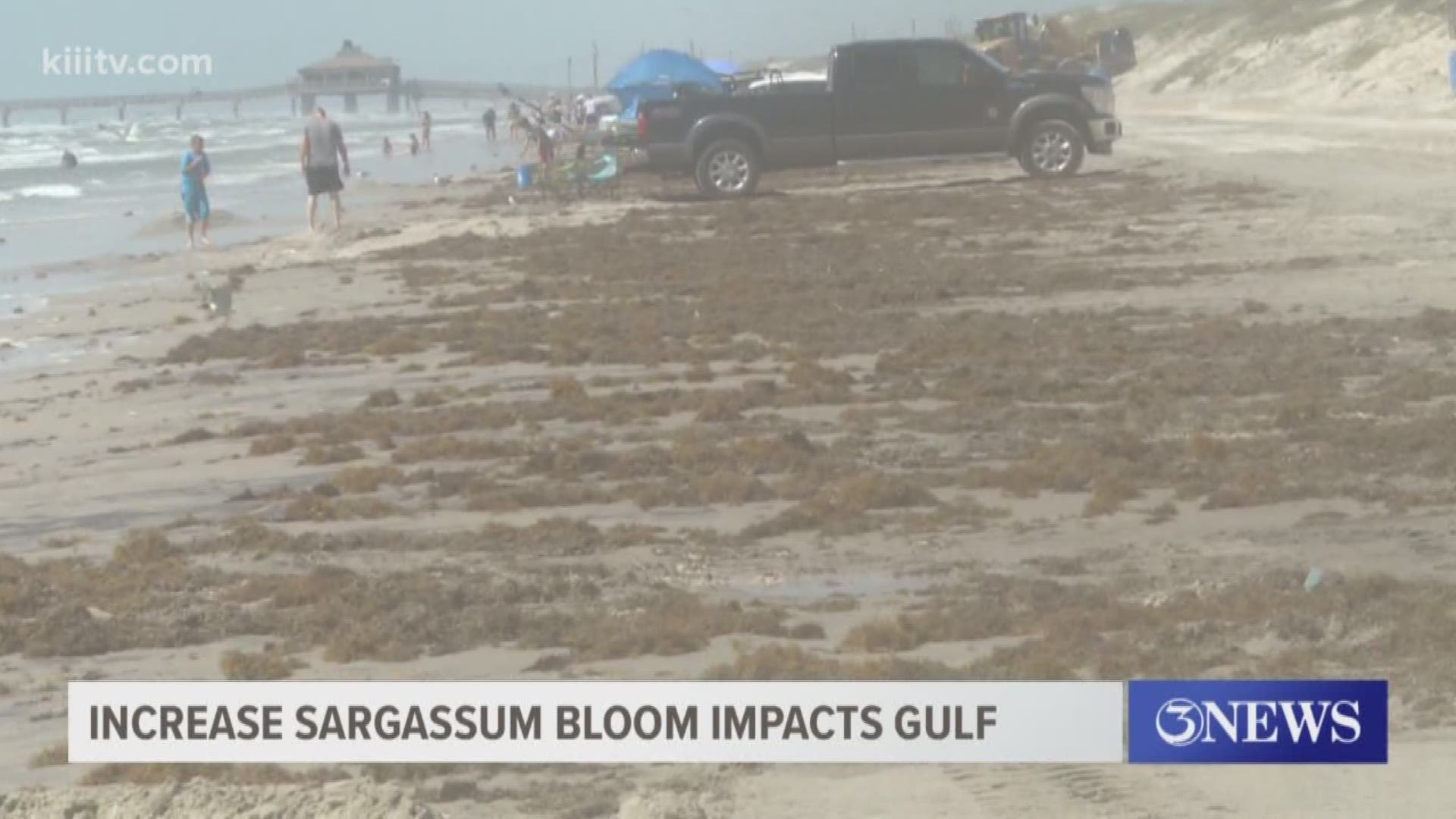 CORPUS CHRISTI, Texas — The Coastal Bend could be experiencing the most abundant bloom of microalgae on earth after researchers studied the Sargassum Belt in the Gulf of Mexico.

The Sargassum is a common type of seaweed found on Coastal Bend beaches.

According to scientists, the bloom of seaweed is so large it stretches from West Africa to the Gulf of Mexico.

"You think it's kinda icky I guess when your walking on the beach and it sits out for a while and starts to stink so its an annoyance to, but it's essential to our ocean's ecosystem," senior executive director Larry McKinney said.

Scientists said the seaweed bloom is all due to ocean currents.