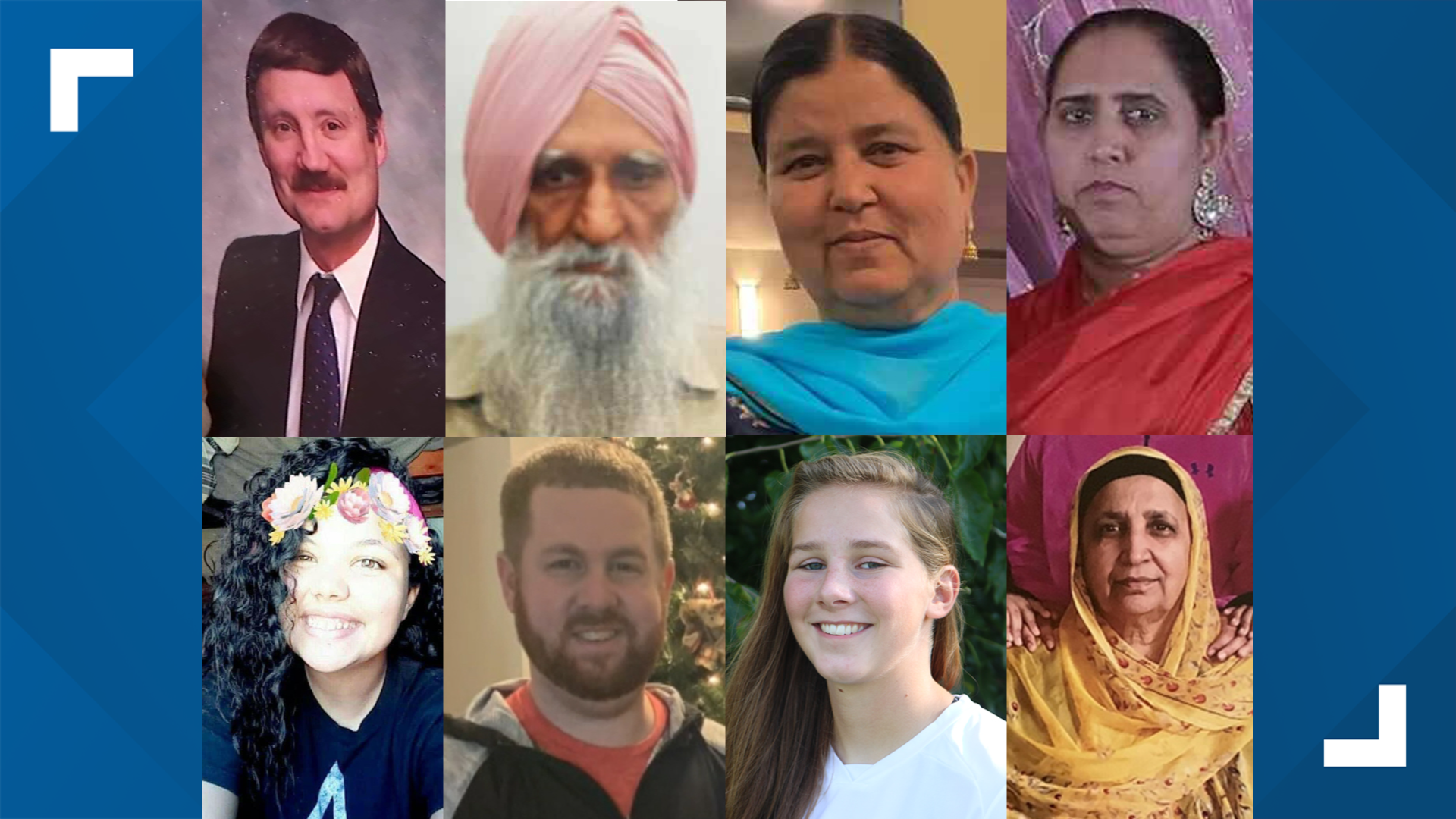 INDIANAPOLIS — It's only been a few days since eight people were shot and killed while several others were hurt when a gunman opened fire at an Indianapolis FedEx facility.

The heartbreak the mass shooting left behind for the loved ones of those impacted had many people wondering how they could help. Survivors and families of other mass shootings across America have even started a GoFundMe to show their support.

Each of these fundraisers has been verified by GoFundMe, who said they were backed by the GoFundMe Guarantee, or by victims' families. That means all funds listed on that page will go to the individuals and families affected by the Indianapolis shooting.

This fundraiser was established by the National Compassion Fund. The GoFundMe page says the fund will "provide direct financial assistance to the families of those who were killed, and individuals injured or suffering psychological trauma from the shooting."

One hundred percent of the contributions donated to this fund will go directly to survivors and victims of the mass shooting, according to the GoFundMe page.

Almost immediately after it was established, FedEx pledged $500,000 toward the page's $1 million goal, then donated an additional $500,000 Sunday with the new goal set for $1.5 million.

This is a fundraiser created by families who have been directly impacted by mass shootings that have taken place over the past two decades.

This GoFundMe is raising money to help support all the families impacted by the mass shooting. Its goal is to help pay for funeral services and medical expenses for all the families who need the help.

RELATED: Faces of the victims in the Indianapolis FedEx mass shooting

GoFundMe for the family of Samaria Blackwell

This online fundraiser was created by Samaria Blackwell’s family and is raising money to help with the funeral expenses of the 19-year-old.

Another GoFundMe created to help Samaria Blackwell’s family was created by her friends and can be found here.

GoFundMe for the family of Karli Smith

Karli Smith, 19, was one of the victims of the mass shooting at the FedEx facility in Indianapolis.

A GoFundMe page that was established to help her family pay for funeral expenses said she was a "young lady with a bright future being only 19 years old."

John "Steve" Weisert, 74, was one of the eight victims who died in the shooting. He was a retired engineer who became a package handler for some extra money.

He and his wife, Mary Carol, were just months away from celebrating their 50th wedding anniversary.

His daughter, Lisa, and son-in-law, Ben, started a fundraiser to collect funds to help with funeral and other end-of-life expenses.

Dylan Atkins, 19, is one of the five victims who survived the shooting. His mom, Mari Atkins said as of Monday morning, he was still recovering at Methodist hospital and would not be released.

A friend started a fundraiser to help fix his car, which was damaged during the shooting, or get a new car if enough money is raised.

There might be other GoFundMe campaigns out there using this tragedy as a way to scam people.

The crowdfunding website shared these tips on how to determine if a fundraiser is legitimate:

GoFundMe says if any of those points are missing on the fundraiser, people should reach out to the organizer by clicking 'Contact' next to their name on their fundraiser to ask for more information.