It has been 42 years since Officer Raymond Cooper died in the line of duty. 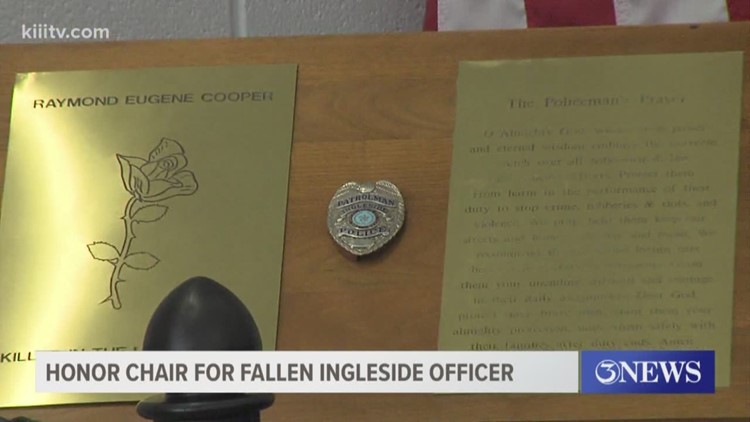 INGLESIDE, Texas — The Ingleside Police Department honored one of their own on the 42nd anniversary of his death Wednesday.

Friends, family and fellow officers met to remember Raymond Eugene Cooper. Cooper was killed in the line of duty January 15th, 1978, while pursuing a woman on the run.

Cooper had been on the force for four years and was 31-years old. His death is the only death in the line of duty for the Ingleside Police Department.

Police Chief Tammy Burr also unveiled an honor chair dedicated in Cooper's memory. The chair was built by a non-profit organization called Saving A Hero's Place. That non-profit is a group of law enforcement officers that build the chairs to help people remember fallen officers around the country.