It's a blast from aviation’s past. 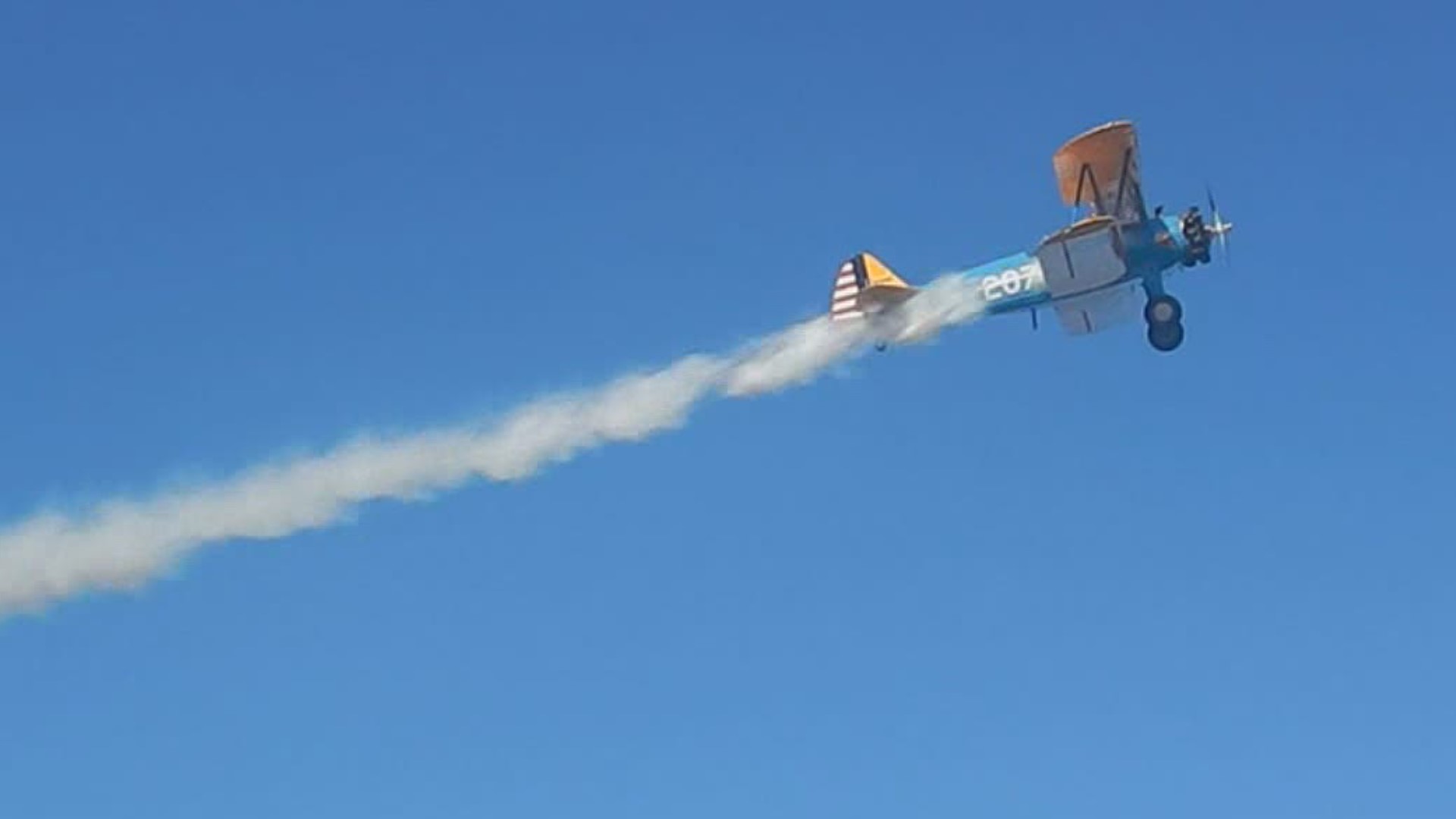 CORPUS CHRISTI, Texas — Island residents have been reporting a strange craft buzzing in the sky the past few weeks. So Island Moon Newspaper Publisher Dale Rankin went looking for the source and has the answer in this week’s Island Report.

What people have been seeing in the skies above the island lately is a blast from aviation’s past. We traced the source to Mustang Airport in Port Aransas.

There, among the regular four seaters and the fancy private jets, you’ll will find beauty.

"1941, Boeing Stearman Model 75, they were built for trainers, over 10,000 were built during World War II for training both Navy and Army pilots," Jason Towns with Skydive Mustang said. "A lot of farm boys learned to fly in this."

There were thousands of these at the Naval Air Station-Corpus Christi during the big war when farm boys came to learn how to fly them. A feat Jason says is easier said than done.

"It’s very tricky," Towns said. " I don’t know how somebody could learn to fly in this."

The instruments are minimal. The cockpit space the same. But that’s not all that’s different.

"Well, it’s kind of like riding on a motorcycle rather than riding in a car," Towns said. "You won’t understand it until you do it."

Before you can say Geronimo, it’s off into the wild blue yonder with a little smoke just for showing off.

RELATED: Island Report: Huge drilling rigs on Harbor Island are about to be moved