Abbott signed the law on June 15 but it doesn't go into effect until Sept. 1. Still, the City of Corpus Christi has taken steps to help prevent deaths on beaches. 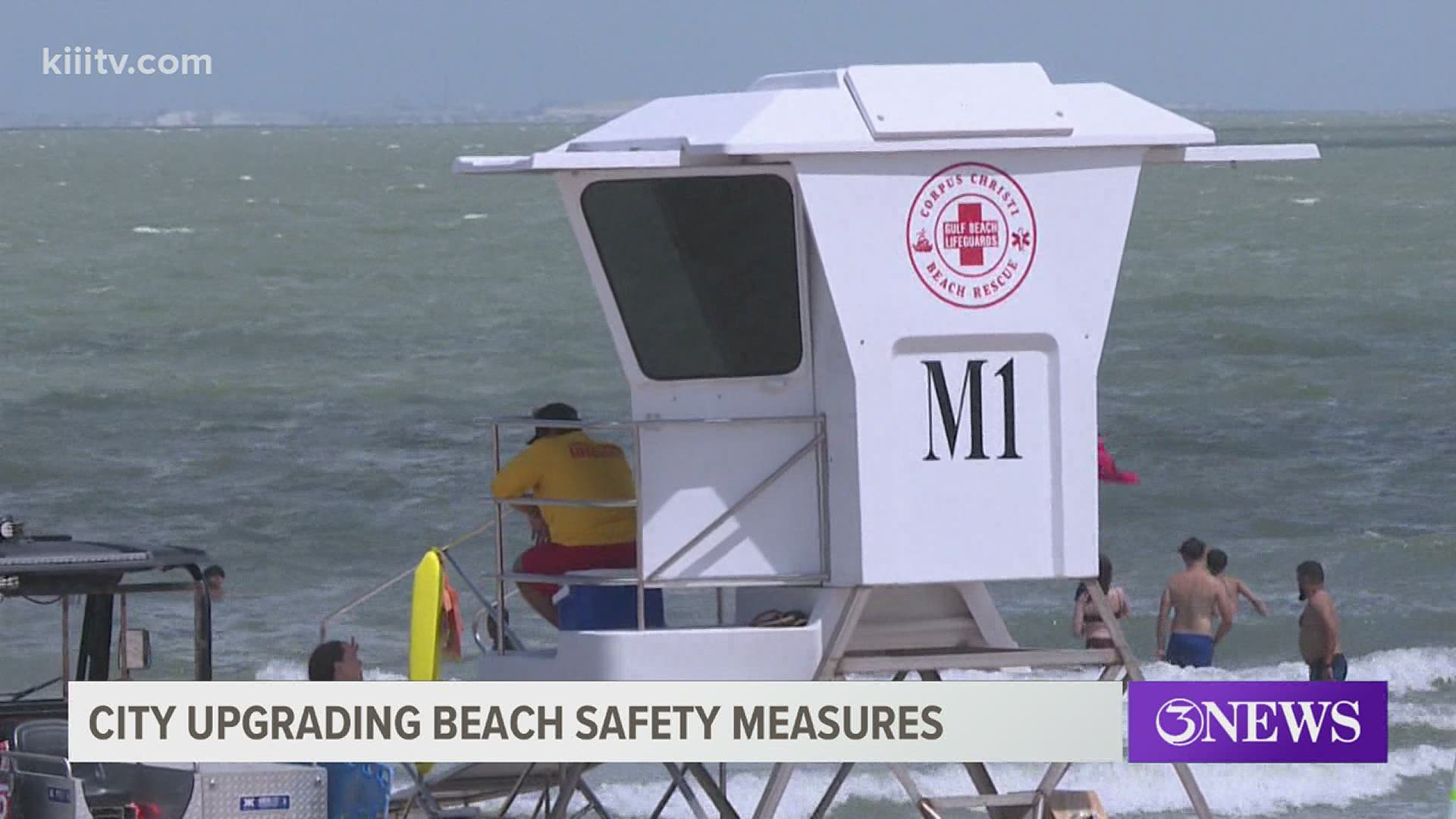 CORPUS CHRISTI, Texas — Editor's Note: This video was from a mid-June broadcast.

It was a tragic week on local beaches. A father and son died on a Port Aransas beach after being swept away by a rip current, police said.

Two measures aimed at saving lives on our local beaches were signed into law by Governor Greg Abbott in mid-June.

The Je'Sani Smith Act, or House Bill 3807, requires the addition of signage and lifeguards to improve the safety of public beaches.

It instructs cities, counties, as well as Texas Parks and Wildlife to provide occupied lifeguard towers or mobile lifeguard units on each side of each pier, jetty, or other structure that extends into the Gulf of Mexico.

The new law goes into effect September 1, but the City of Corpus Christi has already taken proactive steps to help prevent deaths on our local beaches.

Incredible news! Our Beach Safety bills #HB3807, the Je’ Sani Smith Act and #HCR46 have been signed into law by the Governor. Thank you @GovAbbott! This will help save lives on Texas beaches! #txlege

Thanks to @TxChuy for carrying them in the Senate. pic.twitter.com/1SGTD5RTDX

More lifeguards have been added to watch over beaches, and they are wearing new shirts this year that display the warning flag system for rip currents.

RELATED: Changes to improve beach safety in the Coastal Bend

Je'Sani Smith was swept out by a rip current in April of 2019.

The teen's death prompted his mother, Kiwana Denson to become an advocate to help educate and protect other families from going through the same pain of losing a loved one to a rip current.

"As a citizens of Corpus Christi and someone who has lost a family relative to a rip current, it's profound for all of us in the coastal community," said Denson during an interview back in April.

Denson has stayed active to warn beachgoers of dangerous conditions, even handing out flyers on what to do if you're in trouble while out in the water. She then began the Je'Sani Smith Foundation.

"One of the reasons why we have the Jesani Smith Foundation is just because it was a lack of awareness on our behalf, as far as the beach and the dangers that were out there. You go to the beach, it looks like a playground. However, there are lots of hazards out there that a lot of people are not aware of," said Denson.