Williams will add these latest charges to pending charges of public intoxication and resisting arrest. 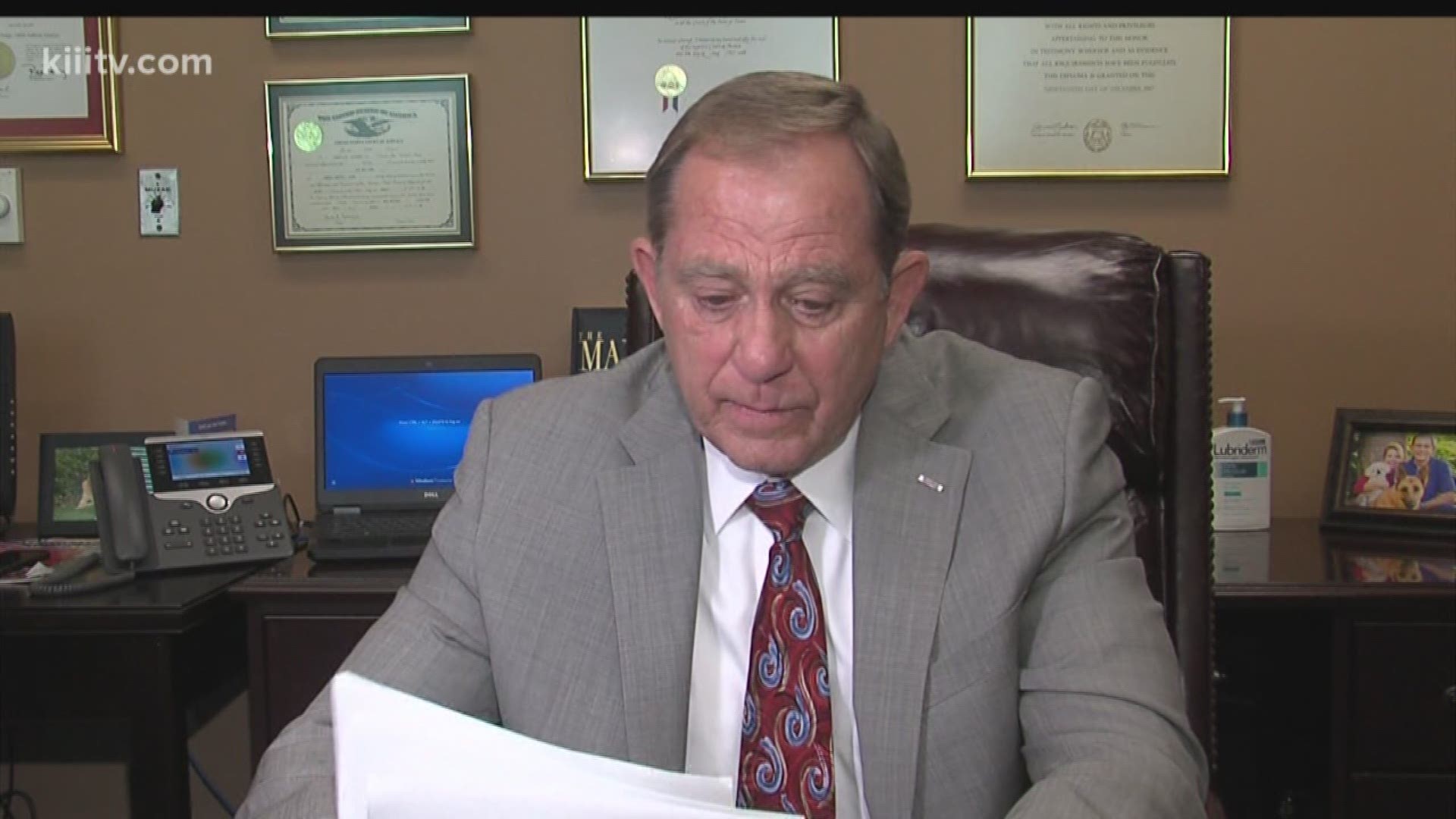 CORPUS CHRISTI (Kiii News) — Embattled 148th District Court Judge Guy Williams was arrested again Thursday for allegedly driving under the influence of alcohol and having a gun in his vehicle.

The judge was out on bond for other alleged misdemeanors. This latest incident could mean a revocation of that bond.

It was earlier this year when Williams declared he had personal issues. In a heartfelt statement from his 148th District Court chambers, he fought back tears as he shared the reasons for his six weeks of intensive rehab treatment.

"For severe PTSD, anxiety -- I'm going to get through this -- depression, hyper-vigilance, exaggerated startle response, irritability and all the other symptoms associated with PTSD," Williams said.

It was around 9:15 a.m. Thursday when a 911 call was made about a disturbance with a weapon at the Island Villa Apartment Homes on Nile Drive. When police arrived, they spotted Williams' white Mercedes driving through the complex and made a stop.

"He is out on bond. He was released this morning," said Terry Shamsie, Williams' attorney. "I'm sure we're going to be in court promptly."

Shamsie along with attorney Lisa Greenburg have represented Williams in his past legal issues and plan to help him through this latest incident as well.

"He was arrested, charged with DWI and also unlawful carrying of a weapon, and I think criminal mischief," Shamsie said. "I'm not sure if it's a misdemeanor or felony charge. So there's several charges."

"People who suffer from PTSD, there's no clinical solution and no cure," said Jose Ramirez, a counselor at Bayview Behavioral Hospital.

"PTSD is not something you can just treat in three or five days," Ramirez said. "You know, this is something that can take a long while."

For now, Williams will add these latest charges to the pending charges of public intoxication and resisting arrest. No court date has been set.