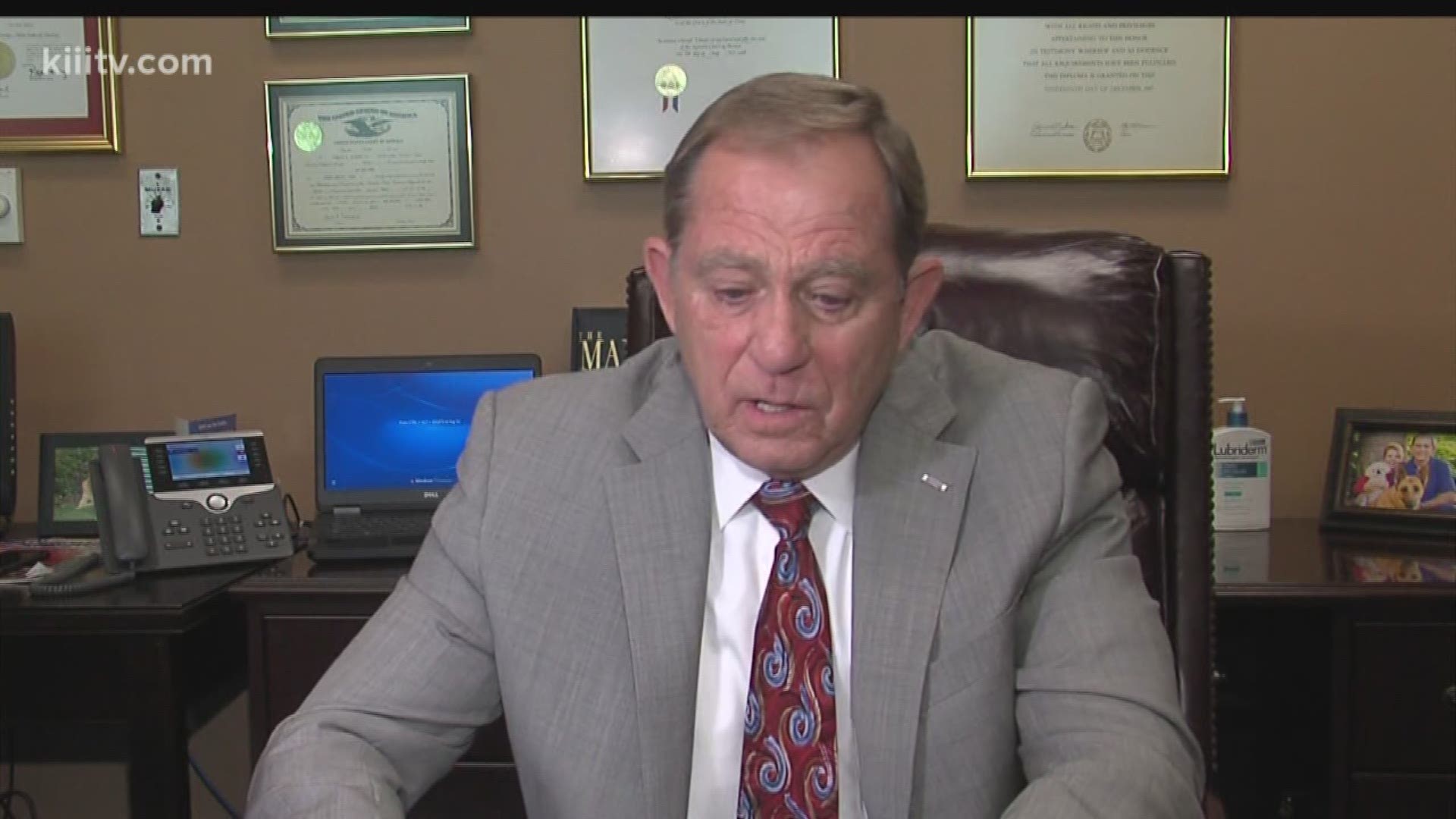 Williams, who had been tied up in court while facing allegations of road rage, eventually placed himself in the care of Warrior's Heart, a treatment facility for those suffering with PTSD.

Williams was acquitted recently of one count of road rage, and a second charge was dropped when a jury deadlocked. He announced in early August that he was checking himself in to the rehabilitation facility.

I want you to know that I have just completed an intensive inpatient therapy at Warrior's Heart residential treatment facility in Bandera, TX for severe complex PTSD, anxiety, depression, hypervigilance, exaggerated startle response, anger, irritability and all the other symptoms associated with PTSD. It was not an easy thing to do, nor an easy thing to admit that I suffered from PTSD.

I have suffered from PTSD for a very long long time. The daily pain, anxiety, sleepless nights, and trauma has haunted me for many many years.

I grew up poor in Bishop, TX. My parents divorced and my father was an alcoholic. No one thought I would amount to much as I was skinny and in many fights. At the age of 18, I volunteered to serve my country, and joined the United States Marines. When others got draft deferments or medical excuses, I volunteered. The idea of being a marine was something I aspired to, someone who was brave and fought for honor and their country. Like many of you, we went to fight for the freedom of our country so others would not have to bear the burden or scars that come with such service.

I graduated boot camp as a squad leader with a meritorious promotion. I was again promoted meritoriously at my first duty station in Vietnam at the age of 19. I was so proud of my position and that I was serving my country.

During my tour of duty in Vietnam, I lived in the jungle for 6 months running search and destroy missions during the day and ambushes at night, during the rainy monsoon season. I witnessed war, and it was a horrible experience. The many scars I suffered are those that you cannot see – just like so many other veterans. We did not dwell or talk about those experiences.

I received a purple heart for wounds received in combat. I still carry the piece of shrapnel in my chest from a hand grenade that exploded during an ambush in the jungle on our squad. But like so many others, the purple heart medal is just a symbol of the deep emotional and mental scars that each veteran carries on a daily basis, unseen and misunderstood by those that have never served.

When I returned from combat I still suffered from hyper vigilance and extreme exaggerated startle response, along with all the symptoms of ptsd, anger, anxiety and depression.

Like many veterans I tried to cope with this problem the best I could by working hard and trying to achieve the American Dream, but each day, that dream would turn to a nightmare, with sleepless nights, and reoccurring dreams of anxiety, depression, fear, and anger.

After finishing college, I worked for NCIS as a special agent. I suffered severe depression for years and hid it from my co-workers by working 80 hours a week. Working hard kept me from thinking and facing my demons.

More than once, I placed my service revolver in my mouth to put an end to my misery. Life was not worth living in my state of mind. The only thing that stopped me was the thought of leaving my daughter without a father. My daughter, in effect, saved my life.

Being an agent kept me away from my daughter, so I went to law school and became a lawyer. I practiced law for 22 years and was elected as judge to the 148th district court when I was 61 years old.

During my second term as judge, in Oct. 2015, at the age of 65, I had a massive heart attack, with 100% blockage on the right side which required a stint to bypass surgery to the widow maker artery on the left side.

After the heart attack, during the slow and painful recovery, my PTSD went into overdrive. All the symptoms of PTSD kicked in with a vengeance.

I started experiencing again violent nightmares, hypervigilence, paranoia, anger, anxiety and depression. I felt so unsafe and vulnerable that I bought handguns for each room in the house, cocked and loaded. I carried a weapon on me at all times, sometimes 2 weapons, and 3 weapons in my car, in the console, glove box and trunk. I purchased an extensive home security camera system, all in an effort to protect myself and my family from any threats.

I began drinking to cope.

As a consequence, I had scraps with the law, disappointed myself, my wife, family, friends, co-workers and the Judiciary.

To all those I offended during this time, I offer my sincere and humble apology, and I ask for forgiveness. I never meant to hurt anyone.

Even after 6 weeks of intensive in patient therapy at Warriors Heart, I still experience complex PTSD. I struggle day to day to fight the demons in my head. It is a constant battle with myself.

All the counselors agreed, I have the worst case of PTSD and anger issues they have ever seen. I will have PTSD for the rest of my life. There is no cure, only coping skills.

So I ask for patience and understanding from all those I come into contact with.

It is still hard to feel good about myself after the damage I have done. I feel like all my years of honor and hard work have been destroyed. So again, I offer my deepest apology to all those I have offended or hurt by my actions.

While I was in treatment I met so many veterans, male and females, who are suffering as well. The extent of the pain, and devastation that combat inflicts on a person's mind and soul cannot be fully appreciated or understood by those that have not served in combat.

I have had the honor to meet one brave man in particular. A young man in his mid 30's. He struggled daily with the same issues from his service in the Iraq war. After leaving the facility, he took his own life --- because you never know when the pain is going to come flashing back, and its intensity is so very devastating.

My experiences I share, because I know there are other veterans out there that served in Vietnam, the Gulf Wars, and in conflict war zones, that are suffering too. It is hard to ask for help, because of the shame and label people associate with such a medical condition. But I ask that you look at me, and if I can seek help, so can you. It takes a lot of courage, but you owe it to yourself, and to your family as well. Our civilian citizens owe it to you and your family to provide you with a place to heal, and the opportunity to be whole again. PTSD is a serious illness that will plague you for your entire life, if you don't seek help now. So I want to thank each of you who have served our country and ask that you seek the help you so rightfully deserve.

I have no reason to tell you all this, I ask for no favor from my statement, but I have learned that I can explain why I have behaved the way that I have. I can hope that somewhere, some veteran listens to my story and knows that they are not alone. If I can take my experiences from those of shame and dishonor and help someone else, I will again feel that I have helped my fellow veterans."