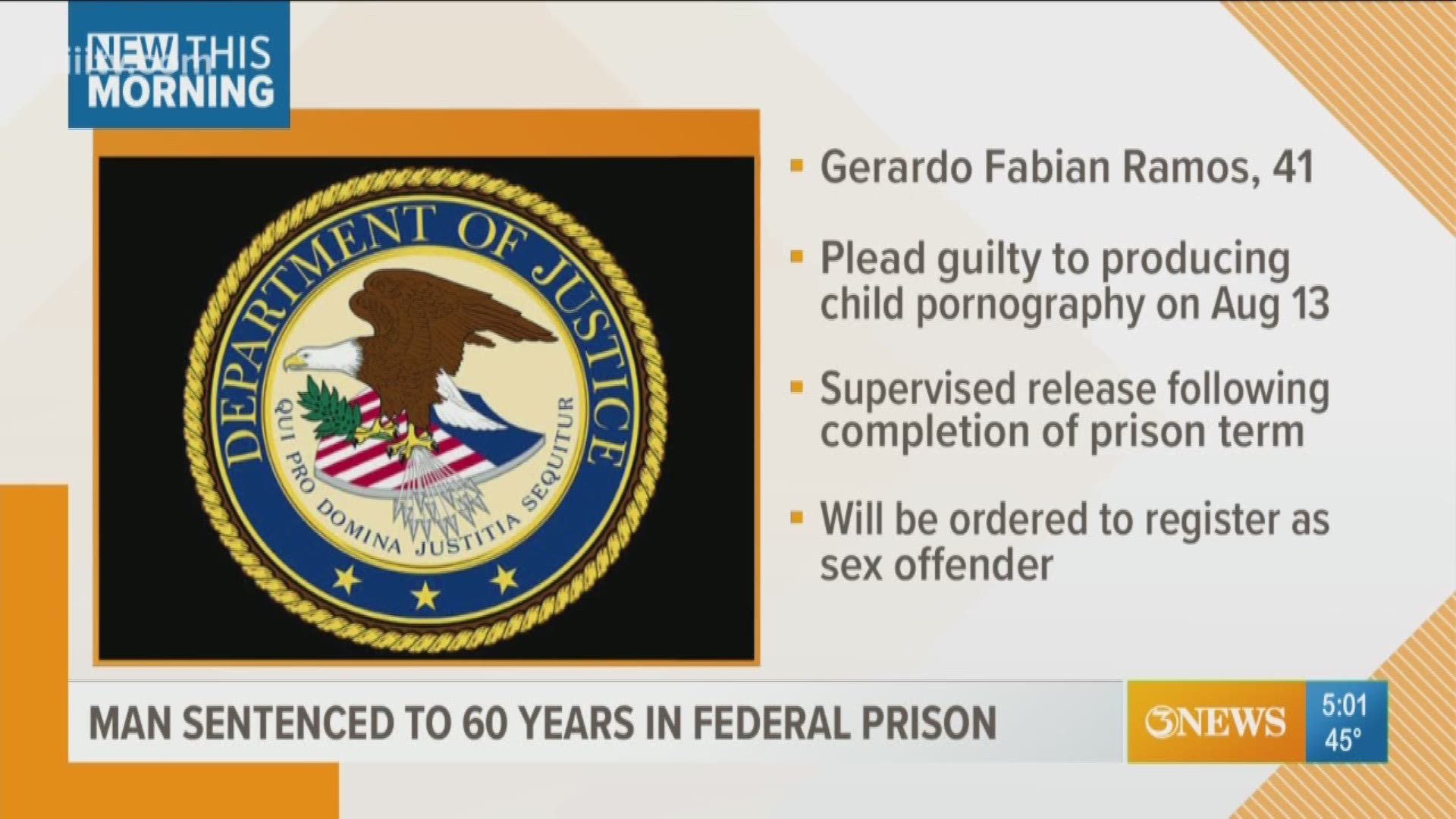 CORPUS CHRISTI, Texas — A Corpus Christi man has been sent to federal prison following his conviction of producing child pornography.

During the hearing, the court heard Ramos produced images of himself sexually assaulting two toddlers on multiple occasions. He also drugged their mother to facilitate his crimes. The court also heard from the mother who read a letter explaining how the crime impacted their lives. The father also provided testimony.

The court ordered Ramos to serve the rest of his life on supervised release following completion of his prison term, during which time he will have to comply with numerous requirements designed to restrict his access to children and the internet. He will also be ordered to register as a sex offender.

Law enforcement ultimately found hundreds of videos and still images of child pornography in his possession.

Authorities discovered several images and videos of child pornography Ramos had produced himself and attempted to identify those victims.

Ramos will remain in custody pending transfer to a U.S. Bureau of Prisons facility to be determined in the near future.