Kids got a hands on experience and went through different scenarios that officers face out on the streets. 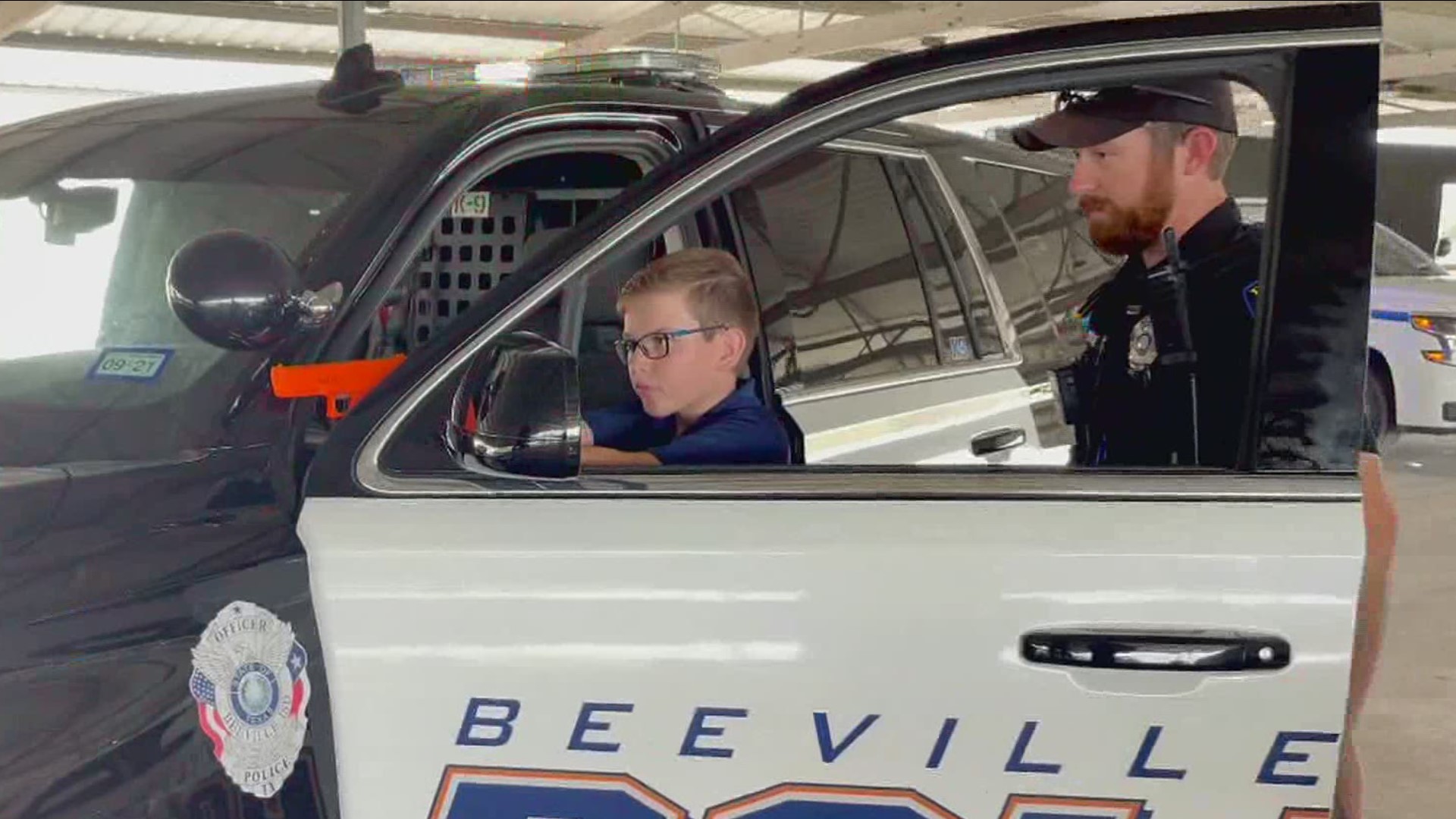 BEE COUNTY, Texas — The Bee County Sheriff's Office has enlisted a special group of junior deputies this week, part of a summer program that aims to show kids different aspects of fighting crime.

The kids might only be 10 to 14 years old, but they are already learning the ins and outs of what it takes to be a sheriff's deputy.

"I like the adrenaline the rush," said Leah Uribe.

The junior deputy also likes taking down the bad guys.

Uribe said the class has opened her eyes to a possible future career as a public servant.

She's one of about 100 kids who have become junior deputies for the week.  They can get hands on and go through different scenarios that officers face out on the streets.

"Learned a little about narcotics and we did a little gun handling," said Uribe.

"We got to be in a little police chase," said Connor Jemeyson.

The vehicle pursuits were done in a controlled setting, but they were just as intense as the real deal.

"My mom says when I was real little she said I always wanted to be a cop" said Azran Ybarra.

"I think it's really fun, and helpful," said Leah Ramirez.

"They are able to interact, give commands.  We want them to be loud, instruct people out of their cars.  They do use training guns that were purchased for this program," said Sgt. Rick Villarreal with Bee County Sheriff's Office.

Sgt. Villarreal has been an instructor with the program since it started four years ago.  An effort led by the Bee County Sheriff's Office that also teaches the kids lifesaving skills like CPR.

"Some of the kids came in, thinking they weren't going to like it, forced by their parents and at the end of the week they don't want to leave," said Sgt. Villarreal.