Haskell shot his former sister-in-law and her family execution-style in 2014 to get revenge after his wife left him. 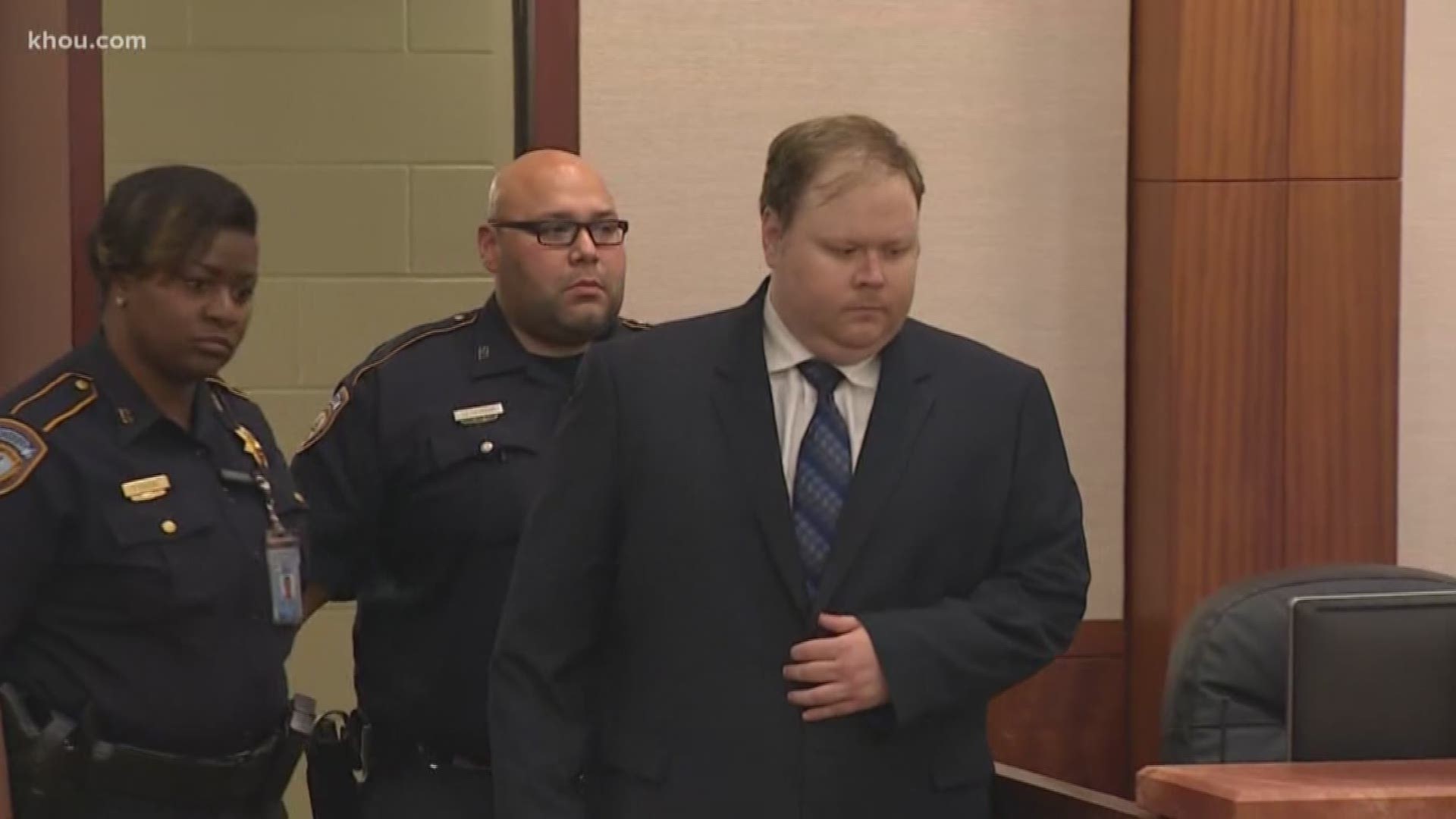 HOUSTON — Jurors found Ronald Haskell guilty of capital murder Thursday for the 2014 execution-style murders of his ex-wife's sister, her husband and their four young children.

Haskell showed no emotion when the verdict was read.

Prosecutors will ask for the death penalty during the sentencing phase, which begins Monday, and they plan to call 35 witnesses.

Defense attorneys are hoping for life without parole.

Cassidy Stay, the lone survivor of the mass murder in Spring, closed her eyes and appeared to be praying in the courtroom before the verdict was read. The 20-year-old smiled with relief afterwards and hugged relatives and prosecutors.

Cassidy was only 15 when her world was forever changed by the enraged relative hell-bent on revenge.

It was July 9, 2014 when Haskell barged into the family's Spring home dressed as a FedEx driver.

"It's not a coincidence he picked July 9, 2014 to go to the Stays' house," said prosecutor Samantha Knecht. "It's one year to the day and time he was served with a protective order. That's when the revenge in his heart began to grow."

When Cassidy recognized Haskell, she knew they were in danger. 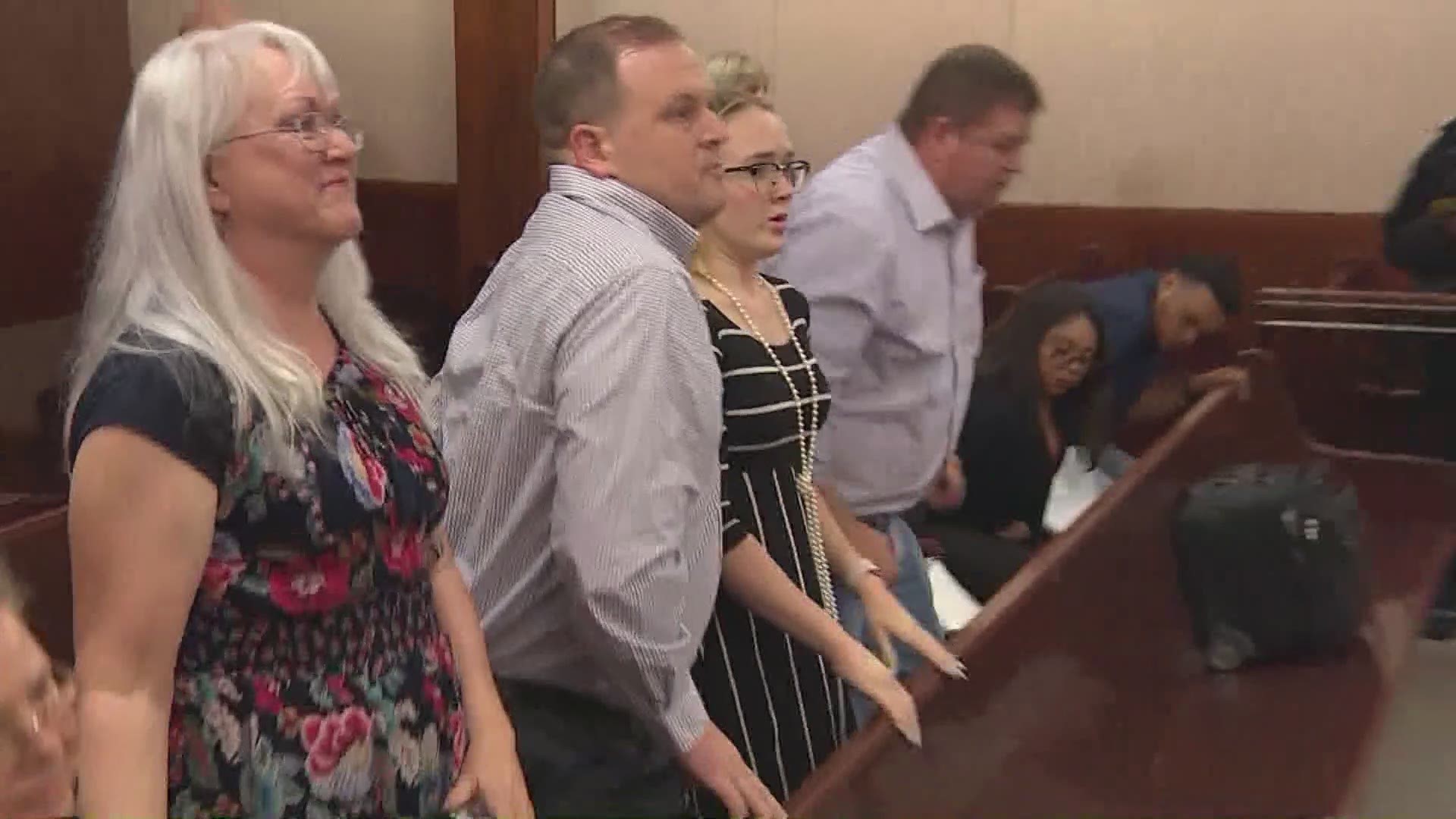 Cassidy said she tried to talk her uncle out of harming the family.

“I went through and told him my brothers and sisters names and ages. I was appealing to his humanity. I didn’t think someone would hurt kids if they knew how old they were," she testified.

Haskell had driven 1,500 miles from Utah to Texas with murder on his mind, prosecutors say.  He planned to kill Katie and Stephen Stay and their five children because he was was furious that Katie helped convince her sister Melanie to leave him.

"Katie in her wisdom and maternal instinct knew what was going to happen," said prosecutor Samantha Knecht. "She jumped and screamed 'no' and went at the defendant. He pulled the trigger and shot Katie in the face."

Cassidy saw him shoot her mom.

"I saw her fall. I started screaming, I heard Zach screaming. I heard another shot and then Zach stopped screaming," she testified.

Haskell shot them all one-by-one, killing six of them.

The survivor, the hero

Cassidy took a bullet to the skull, but survived by playing dead until Haskell left.

Despite a skull fracture from the bullet, she alerted authorities that the gunman was on his way to her grandparents' home to kill them.

Deputies arrested Haskell outside the home of his wife's parents. They weren't harmed and Cassidy is credited with saving their lives.

The young woman showed the same remarkable composure four years later on the witness stand, breaking down only when she heard her voice on an officer's audio camera.

Haskell's attorneys declined to cross-examine her.

"This was not a rational plan," said defense attorney Doug Durham. "It was a psychotic plan."

They reminded the jury of medical records that show Haskell was diagnosed with bipolar disorder. They say Haskell heard voices that told him if he killed his ex-wife's sister, she'd come back to him.

Now attorneys are hoping the same argument will save their client's life.

"In the first part of this trial we showed a lot of evidence to show that he won't be a future danger," said defense attorney Neil Davis III. "He's been institutionalized. He's been in the jail for five years. There have been no problems in the jail. He's been medicated. His mental health issues have been treated. I think that's going to be the bigger battle. That will be the battle that will end this war."