"We understand the importance of this movement, and or roles of leadership in this ongoing movement." 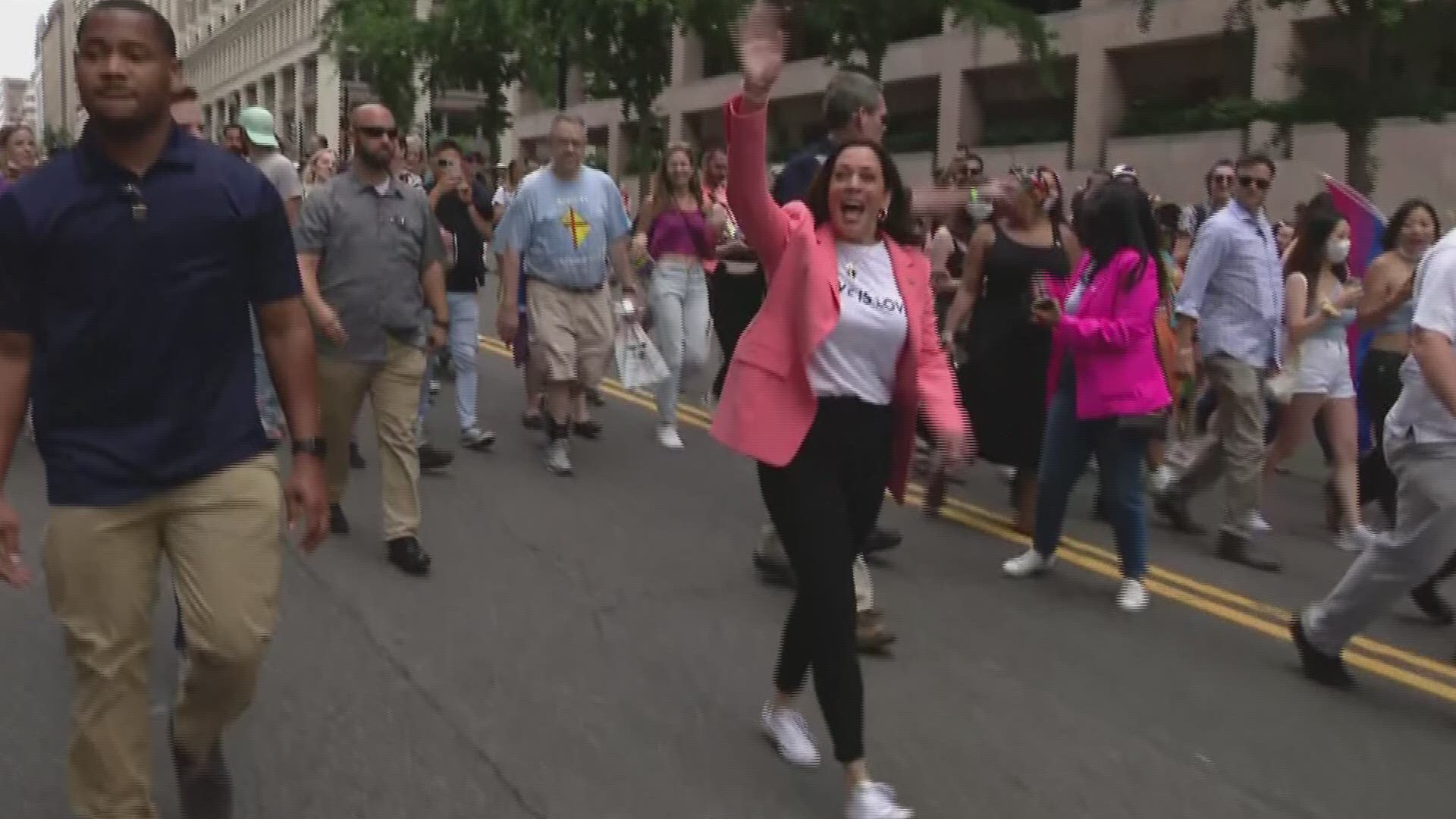 Harris spoke, walked and waved to Pride supporters gathered on an overcast and cooler than usually June afternoon.

"We understand the importance of this movement, and or roles of leadership in this ongoing movement," said Harris about the Biden administration's support of the LGBTQ+ community.

Harris also spoke about securing further rights for those of the transgender community, which comes as Loudoun County Public Schools and other school districts across the country are facing the question of inclusion in sports, and the use of preferred pronouns by students.

As Harris joined those celebrating Pride month in D.C., President Joe Biden said on the fifth anniversary of a mass shooting at the Pulse Nightclub in Orlando, Florida, that he will sign a bill naming the site as a national memorial.

The deadliest attack on the LGBTQ community in U.S. history left 49 people dead and 53 people wounded as “Latin Night” was being celebrated at the club. Biden said in a statement Saturday that he has “stayed in touch with families of the victims and with the survivors who have turned their pain into purpose" and described the club as “hallowed ground.”

WUSA9 is now on Roku and Amazon Fire TVs. Download the apps today for live newscasts and video on demand.

Download the WUSA9 app to get breaking news, weather and important stories at your fingertips.