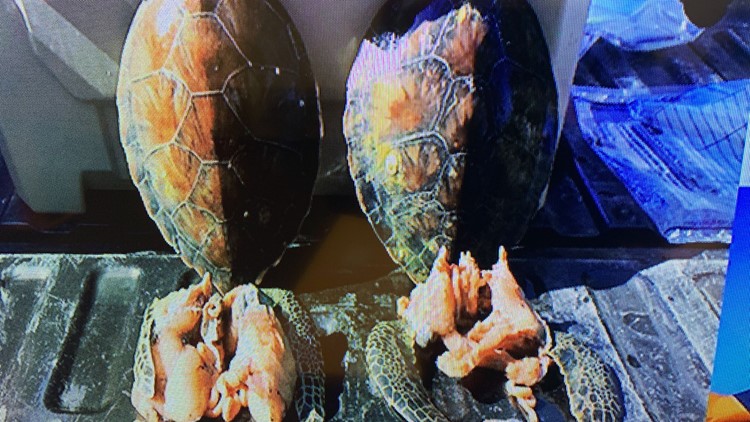 It was called Operation Reel It In and involved more than 60 law enforcement boardings along the southern Texas coast from Port O'Connor to South Padre Island, Texas. Air, land and sea assets were deployed to search for illegal charter vessel activities and federal and state fishing violations.

In all, the operation resulted in identifying:

Representatives from each agency involved in the operation took turns detailing the cases they were involved in, which included violators fishing for red snapper out of season, violators fishing without licenses and, the most heinous of the cases, the killing of an endangered species -- namely, green sea turtles.

According to Texas Parks and Wildlife Game Warden Lerrin Johnson, the cases involving the green sea turtles happened at the Port Mansfield Jetties and South Padre Island. After receiving reports of individuals catching, killing and filleting sea turtles, game wardens investigated and found a vehicle where they located two green sea turtle shells. The meat and flippers were fond in the sand dunes up the beach. Multiple citations were issued.