Two arrested in connection with shooting blocks away from TAMUK

Multiple gunshots were reported to the Kingsville Police Department at around 8:30 p.m. at the Utopian Apartments. 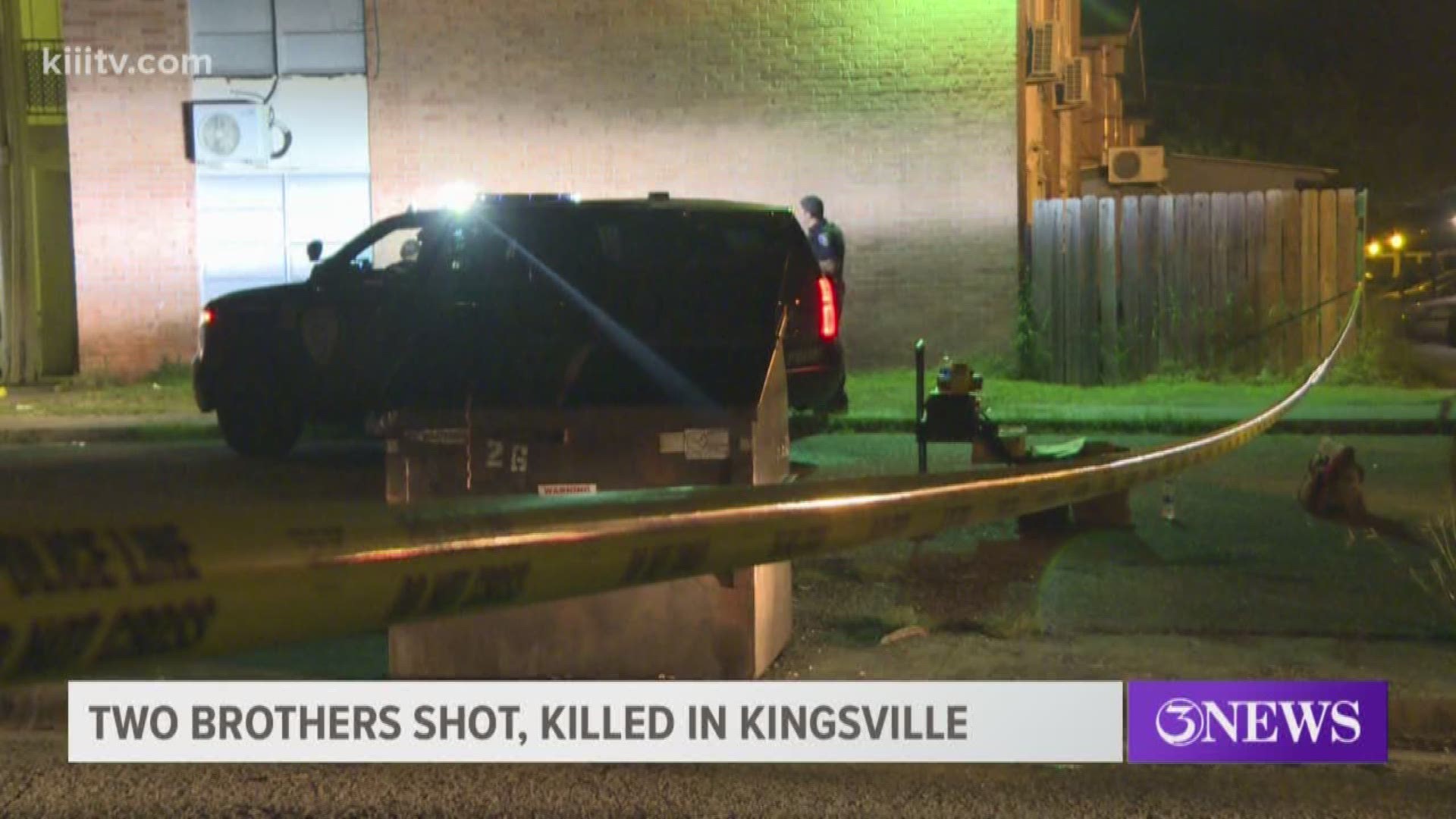 Police said the brothers were both shot after getting into a fight with two men. Those men, 30-year-old David Yssassi Jr. of Kingsville and 18-year-old Iziah Lamar Lopez of Falfurrias, Texas, are now in police custody being charged with capital murder.

"This is something that we had never seen, you know, up close," said Marta, who witnessed the shooting. "I've seen it on TV and heard it but I had never witnessed something like that."

From a vantage point almost directly across from the apartments where the shooting occurred, Marta saw the brutal killing of one of the two men.

It was around 8:30 p.m. Monday when five gunshots broke the evening silence in the normally quiet neighborhood in the 1700 block of 1st Street in Kingsville. Police said the two suspects made their way into an upstairs apartment where they shot the two brothers.

Details of why the shooting occurred are still unclear. The Kingsville Police Department and Texas Rangers are investigating.

Marta told 3News she saw one of the victims stumble down a flight of stairs and land on the ground.

"First I thought it was firecrackers, and then when I saw that he started shooting the man that was on the floor, that's when I noticed that it was a gun because he was aiming the gun at him and shot him twice," Marta said.

The witness called 911 as she saw both men run in different directions.

"I was in shock because I've never seen, I've never witnessed anything like that," Marta said. "And I was scared."

"Some drugs located on one of the individuals. Whether or not that was actually a factor is still not fully known, so that is something that could conceivably be part of what occurred with this particular incident," Kingsville Police Chief Ricardo Torres said.