Police say the driver was traveling at a high rate of speed with his flashers on when he veered off the access road. 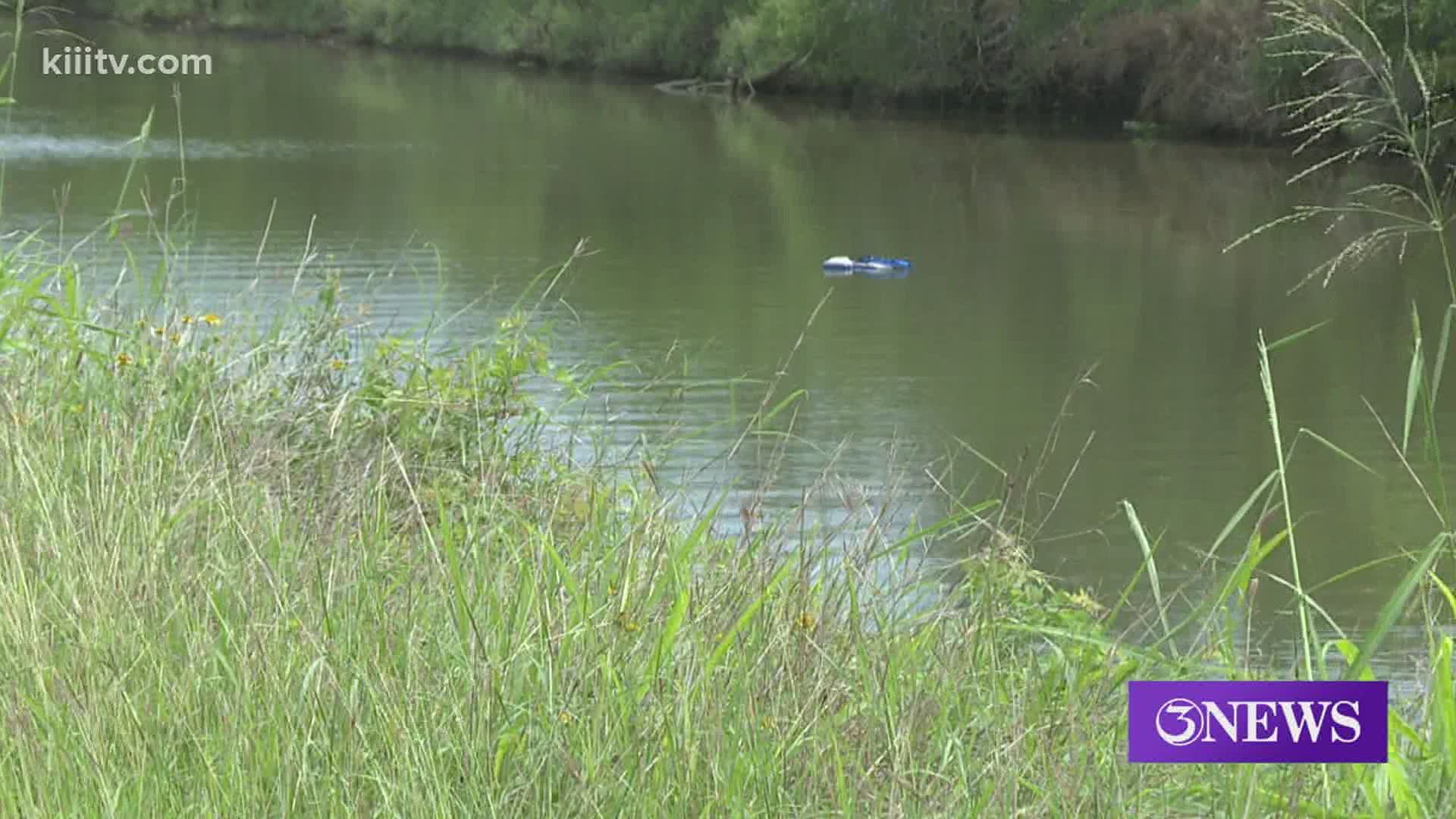 CORPUS CHRISTI, Texas — Just before 2 p.m. on Tuesday, emergency crews were called out to Labonte Park for a vehicle that crashed into the river.

Police say the driver was traveling at a high rate of speed with his flashers on when he veered off the access road along I-37 south and launched off the embankment, splashing down into the water.

Police say the vehicle was totally submerged by the time emergency crews arrived at the scene, but a few quick-thinking bystanders were able to help the man make it to the shore.

"Luckily, we had some bystanders who saw it who stopped to render aid," Lieutenant Chuck Freeman with the Corpus Christi Police Department said.

"The guy was hanging outside the vehicle, couldn't swim, so the folks went in there after him and helped him to the shore. By that time, we were here to help get him up on the shore."

Freeman said it took a chain of people who were working together to get the man up the embankment.

Police believe the man may have had some sort of medical issues that caused him to leave the roadway. He was conscious and alert and was taken by ambulance to get checked out at the hospital.

A rescue boat from the Annaville Fire Department came out to make sure no one else was inside the vehicle and to mark the vehicle's location so it could be recovered at a later time.