People within a half of a mile of the crash were told to evacuate, but several hours later were allowed back. 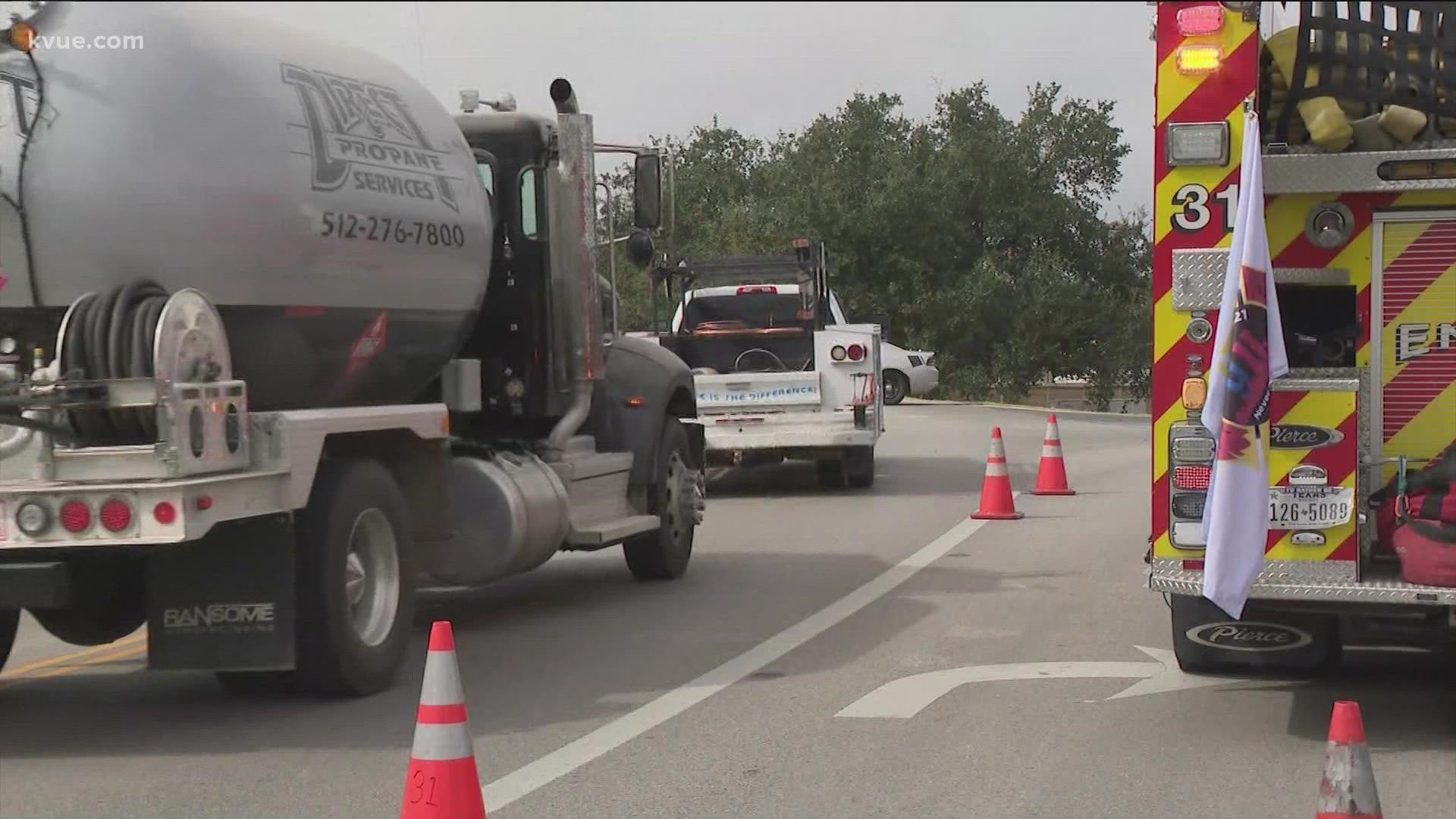 LAKEWAY, Texas — A truck filled with propane flipped over in Lakeway Thursday morning, closing Flint Rock Road and forcing evacuations in the area. Several hours later, the evacuation and shelter-in-place orders have been lifted.

Austin-Travis County EMS initially said no one was being taken to the hospital but later said one adult was being transported with non-life-threatening injuries.

The propane leak forced evacuations and a shelter-in-place for residents within half a mile of the crash. At 5 p.m., Lake Travis firefighters said the evacuation and shelter-in-place orders were lifted. Homeowners are allowed to go back to their homes if they have access.

Flint Rock Road remains closed in both directions. Crews expect that they'll have oil and debris cleared by close to 7 p.m.

Credit: Lakeway PD
Some neighbors were evacuated and Flintrock Road was closed in both directions as crews worked to clear a propane truck that had overturned.