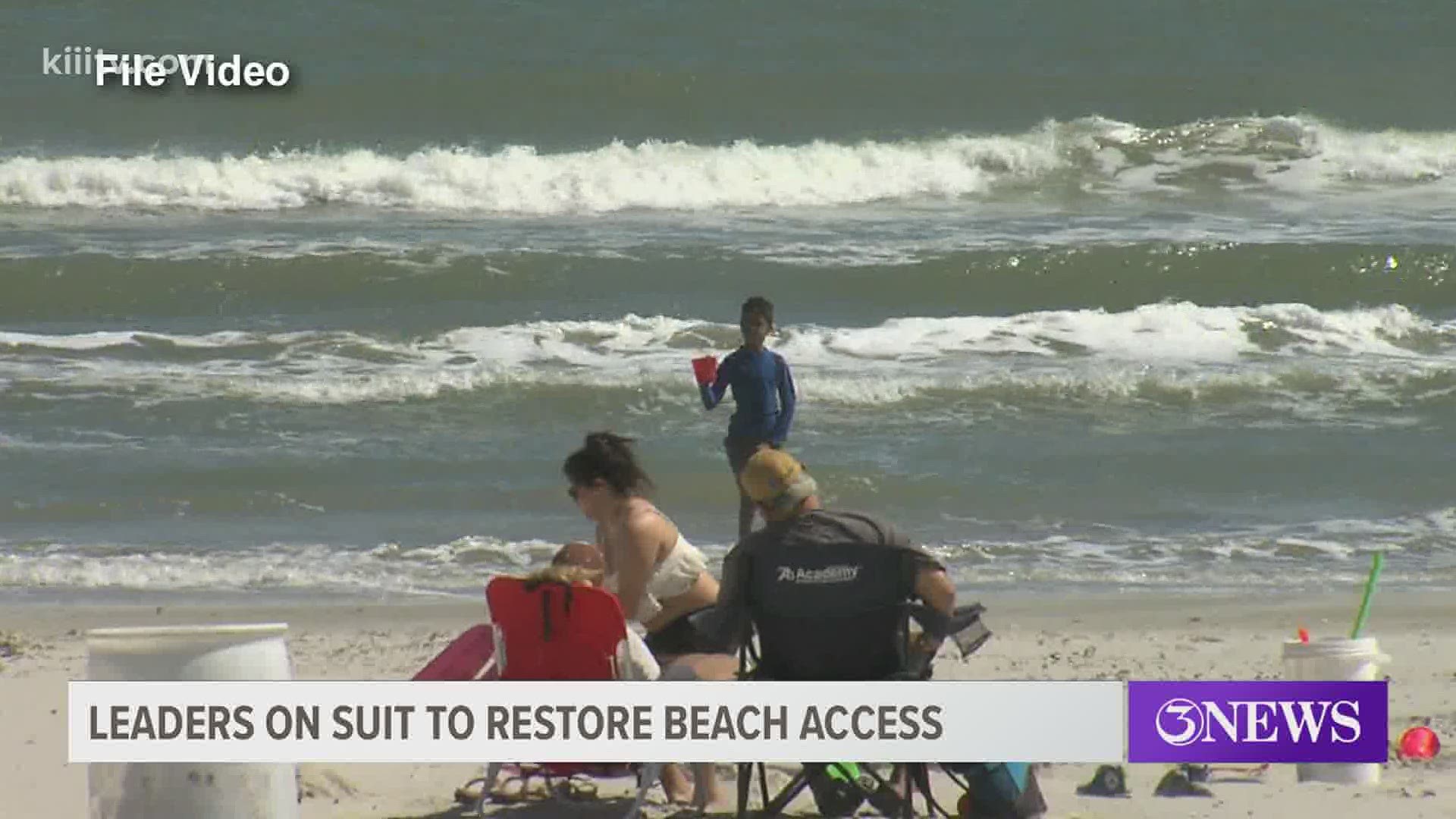 We spoke with Nueces County Health Director Annette Rodriguez when she just happened to mention how many people were under quarantine right now in Nueces County.

"I think in two days we have quarantined almost 20,000 people and I was thinking two weeks just think about it we had 600 people who were actually positive," Rodriguez said.

Rodriguez said looking at our daily positive numbers over the past two weeks, contact tracers were able to come up with a total of about 20,000 people who may have been exposed to COVID-19 and who are now under quarantine.

Another surprising number involves the number one contributor to the rising number of COVID-19 cases. Right now, we are have over 13,000 positive cases and nearly half are believed to have been directly caused by the reopening of bars and clubs.

"I would say for the bars closer to the 40 to 50-percent, it could be even higher than that but for the beaches, I could not give you any percentage," Rodriguez said.

Rodriguez said the beaches are another huge cause of the spread of COVID-19. She said that was determined through contact tracing. Nueces County Commissioner Brent Chesney wants to see the data and look over the hard numbers to see if that’s true.

"We have had a lawsuit filed against us so I have to limit my comments but I have repeatedly asked for that information she did indicate but I have not seen any data that the beaches are causing the spread of COVID-19," Chesney said.

The lawsuit that commissioner Chesney is referring to was filed by William Rickertsen. He filed a suit against the city and county for breach of contract because he said he spent $12 on a beach parking sticker and hasn’t been able to use it since vehicle traffic has been prohibited under a current County order that will continue until at least August 17.

Rickertsen tells 3News he didn’t file the lawsuit to get publicity, he just wants to be able to drive his pick up truck on the beach.

City Manager Peter Zanoni could not comment on the lawsuit, but he did explain his position on the beach issue.

"We are doing everything we can do to protect lives of our residents in Nueces County and that’s goal number one," Zanoni said. "It’s not to cause harm or take away people's freedom or take away those things that we really enjoy like driving down the beach.”

Our cameras shot some drone video on Padre Island on Tuesday morning. People are still heading to the beach even though they have to leave their vehicles parked far away along beach access roads.

A legal challenge has been filed in Nueces County aimed at overturning the current vehicle restrictions on county beaches.

Nueces County and the City of Corpus Christi leaders agreed to ban vehicles from the island beaches until at least August 17. The idea is to discourage people from driving here from other parts of Texas to congregate on the beach and thereby increase the spread of the coronavirus.

The civil lawsuit was filed on behalf of a local property owner named William A. Rickertsen. He essentially claims the county and city violated a contract with him when he purchased a beach parking permit that guaranteed unlimited vehicle access.

It names Nueces County Judge Barbara Canales and Corpus Christi Mayor Joe McComb as defendants. So far, there's been no reaction from the city or county.