A pothole in a Liberty Hill community turned into funny scenes, bringing neighbors together

Every day for a week a mystery person put creative scenes into the pothole. 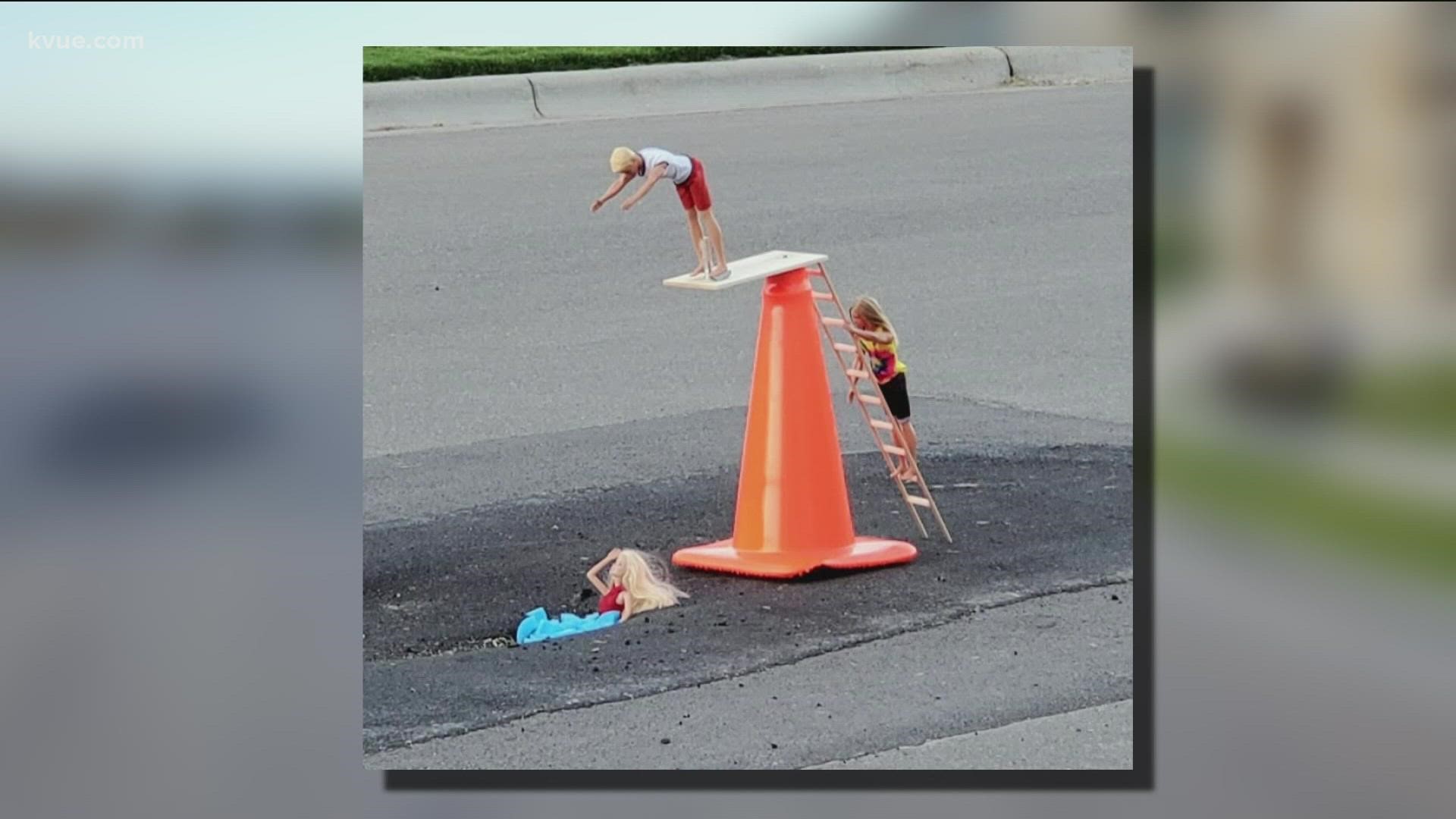 LIBERTY HILL, Texas — One neighborhood in Liberty Hill has turned a not-so-good situation into something for a few laughs.

In the Stonewall Ranch community, the streets are talking.

"It's been a whole ordeal," said Brandon Goering.

There is a pothole, with some added flare, right in front of Goering's home.

"Each day, it was something different," said Goering. "It started with the dog in the hole."

The staged scenes were posted on the Stonewall Ranch Facebook group and, like the hole, the buzz grew from there.

"Every day we're on our community page and we're just – everybody is just waiting for what's going to happen next," said Amber Spinner.

Every day the scenes got better.

"We've gotten to see people stop by," said Goering. "They'll drive by, they'll back up, they'll turn around. Whole families will get in on it and get the kids out there and take pictures with it."

"I'm a big fan of Bob Ross," said Goering. "That was that was my favorite of it."

Goering's kids, Camryn and Cooper, got a laugh out of it too.

"I like the bear in the bathtub," said Cooper.

"I get to go to school and tell my friends it's a pothole being decorated," said Camryn.

While the pothole on Magna Lane and Limestone Road has brought the community together, it's been an ongoing issue.

"This most recent time has been the fourth the third time has fixed," said Goering. "It was only 24 hours before it started happening again."

After KVUE reached out to Williamson County, a spokesperson said crews filled the hole temporarily on Friday, but groundwater has been eating at the road. They plan to provide a permanent fix in a couple of weeks.

"The best part for me is it's been really good getting to know all our neighbors and their personalities and their sense of humor," said Goering.

It's still a mystery about who created the scenes, but the siblings have a guess.

"Someone who has been a victim of this pothole for a very long time," said Camryn.